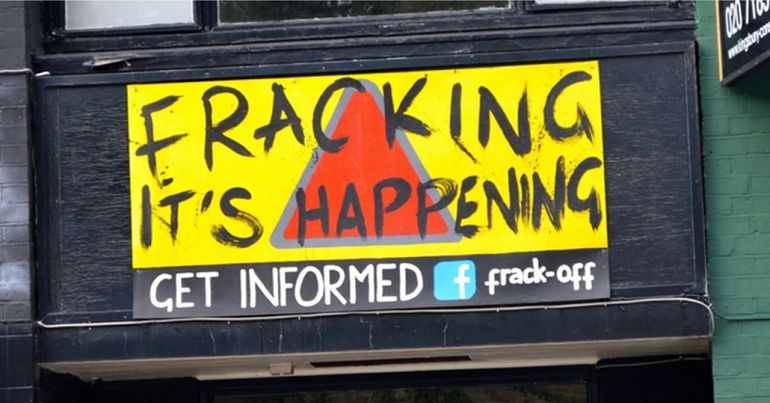 Natascha Engel, the government’s fracking tsar, has quit after just six months in the post. And her resignation letter suggested that pressure from long-term fracking protesters forced her resignation. But there may also be more at play.

As the Guardian reported, Engel’s letter claimed she faced “an impossible task”. She also insisted that environmental activists:

had been “highly successful” in encouraging the government to curb fracking.

We are listening to a small but loud environmental movement that opposes in principle all extraction of fossil fuels. The campaign against fracking has been highly successful in raising the profile and filling the coffers of some NGOs, but they do not represent local residents nor the wider population.

As The Canary has reported for some time, there are major concerns about the controversial process and links to earthquakes. Under current government rules, fracking must stop each time it triggers an earth tremor of magnitude 0.5 or above. Engel was critical of this, saying it “amounts to a de facto ban”.

For several years, campaigners have worked tirelessly to oppose fracking. Preston New Road has become ground zero in the battle. From a judge jailing activists (whom another judge promptly freed) to a court case, protests and political interventions, via alleged police and security aggression – it’s the front line of the war against this dirty industry. So campaign groups welcomed the announcement:

The Shale Gas Commissioner singularly fails to win over hearts and minds and resigns blaming the Government for not reviewing the Traffic Light System. https://t.co/PXh24TNGtP

And although Engel ‘blamed’ protesters, it also seems that the timing of her resignation may be more than a little coincidental. Prior to her appointment, Engel worked for INEOS, one of the UK’s key fracking companies. Following a Freedom of Information request from Unearthed, she:

admitted to routinely deleting correspondence and throwing away notes from meetings with fracking companies in a move that may have violated transparency requirements.

Many people noted the link between this information coming to light and her resignation:

This puts Natascha Engel's "principled" resignation as fracking tsar in a whole new light. On the eve of exposure for what looks to me like misconduct in public office, she writes a resignation letter claiming that eco-activists have made her job impossible. https://t.co/7u2et4cXdt

Engel’s resignation may not mean the end of fracking in the UK. But it’s certainly a victory for all those who’ve campaigned for so long.