In four words, Nick Robinson reveals he has nothing left to bash Jeremy Corbyn with - Canary 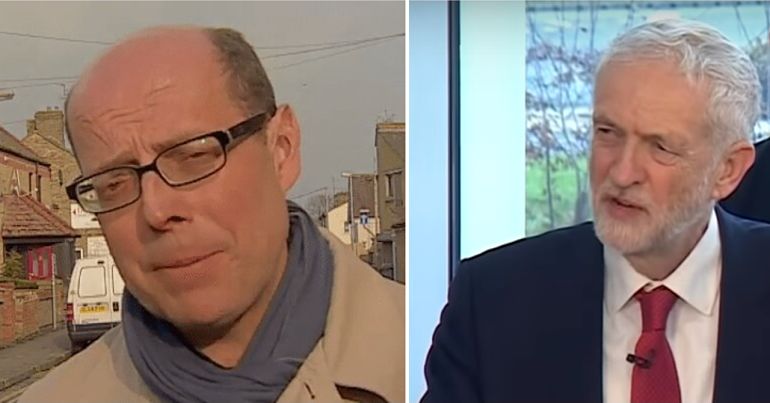 In one question, BBC Radio 4 host Nick Robinson has revealed he’s got nothing left to bash Jeremy Corbyn with. Because Robinson is wheeling out the same anti-Corbyn talking points despite the Labour Party’s polling leads.

Can Labour be saved?

Why are we living in an era of Unleadership? Will Farage one day lead the Tories? Can Labour be saved? How to live with depression? All questions I discuss with ⁦@campbellclaret⁩ on latest Political Thinking podcast https://t.co/95m4psq2ur https://t.co/DdCNLI1G62

Saved from what? Labour currently have a lead in every Westminster poll, have the largest membership of any political party in Europe and are developing a policy agenda that is inspiring the global left. We're good.

“Saved”. From what? Are you aware that by your own choice of words you have revealed an unconscious bias?

Corporate political commentators like Robinson have been asking this since Labour supporters elected Corbyn as leader. Yet since then, in the 2017 election, Corbyn increased Labour’s vote share by more than at any point since 1945. And now, Labour is well ahead in the opinion polls, enjoying leads as high as 10 points.

So, essentially, Robinson has been left asking who can save Labour from its own large polling lead. This suggests he’s got nothing left.

History of bias from Robinson

The BBC presenter’s pro-establishment bias has long been on display. During the 2017 general election, Robinson said that the “story of [Corbyn’s] life” was being “long on passion & short on details”. At the time, even Daily Mail columnist Peter Oborne called for him to resign over the comments, suggesting they destroyed his impartiality claims. Another person compared Robinson’s comment to when he praised Theresa May for ‘elegantly avoiding answering the question’.

Robinson’s behaviour is also in line with his history. The former BBC political editor was president of the Oxford university conservative association in 1985. He was also a prominent Conservative party activist.

In recent years, it’s become all too clear to many that BBC impartiality is a mirage. But Robinson’s most recent charge against Corbyn only shows the establishment has nothing left to attack him with. In reality, the real question has long been: who will save the BBC?