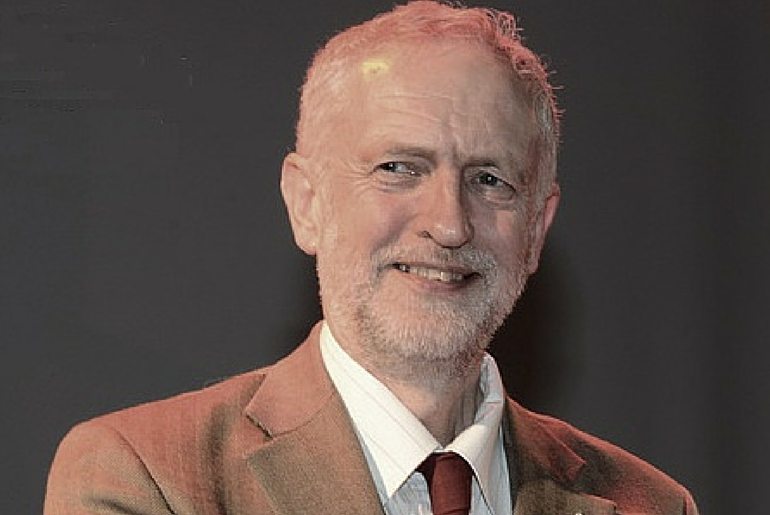 A new YouGov poll totally contradicts the idea that Jeremy Corbyn is ‘unelectable’. In fact, the findings suggest he would be the most electable out of any of the Labour leadership candidates.

The poll shows that the British people think socialism is more favourable than capitalism. According to the poll, 39% of people view capitalism unfavourably, while only 33% view it favourably. Meanwhile, more people view socialism in a positive light (36%) than a negative one (32%).

This shows there is a growing ideological basis within the British populace for the socialist policies that Jeremy Corbyn stands for.

Forty five years of the Cold War and the propaganda that came with it had previously turned socialism into a dirty word. As political theorist Patricia Moynagh said:

Due to the Cold War, the U.S. population has been fed a constant diet of anti-socialist propaganda.

And as Noam Chomsky points out:

Stalinism was a perversion of socialism; power was centralised, the worker was not liberated and Trotsky was murdered with a pick axe. People need to have democratic control over their workplace or the fundamental principle of socialism is lost. Additionally, murdering the opposition is a quality of fascism, not socialism.

Both Stalin and the corporate bosses ruling the West had a common desire to paint the Soviet Union as socialist. 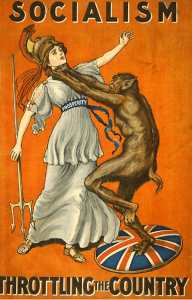 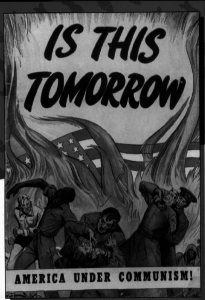 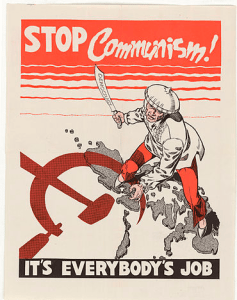 Despite years of propaganda, this new poll, along with the rise of Jeremy Corbyn and Bernie Sanders, suggests socialism is making a comeback.

And not only here in Britain, but in America too. Generally, capitalism does have a much better reputation in America, with 52% seeing it favourably in contrast to 29% for socialism. However, young Americans have the same resounding appetite for socialism as the young in Britain: the net score for socialism among the young was +17 and +18 respectively.

Generally speaking, the polarised discussion of ‘capitalism v. socialism’ is not very useful. A society can harbour a mixed economy, whereby some institutions are publicly owned and some are privately owned. And there is a huge difference between statist central government ‘socialism’ and the socialism of worker cooperatives.

On Tuesday, Tony Blair admitted he was ‘baffled’ by the rise of Sanders and Corbyn, proclaiming again how ‘unelectable’ Corbyn is:

selecting someone who is electable is really important because otherwise you can’t help people; you’re powerless.

This is a totally unsubstantiated claim from Blair. ‘Electability’ is a floating signifier, which means it does not have a concrete definition. Therefore, it can be arbitrarily used to attack anyone whose views differ from one’s own.

Moreover, calling someone ‘unelectable’ does not really make sense because public opinion is not static and thus neither is electability. In fact, public opinion is fluid and can change at the rise of a single photograph. We saw this with the photo of the three-year-old Syrian boy Aylan Kurdi who tragically drowned during his family’s attempt to reach Greece.

Beforehand, public opinion on the refugee crisis was quite hostile. Yasmin Alibhai-Brown compared the shift in opinion to a photo of a girl fleeing napalm bombs in the Vietnam war, saying it

After the photo of Aylan Kurdi emerged, the hashtags #refugeeswelcome and #PeopleNotMigrants started trending heavily on Twitter, with the former gaining an additional 74,000 tweets. A petition calling for increased support for refugees saw a swift surge in signatories, gaining 150,000 in a single day.

That single photograph would significantly increase the electability of a candidate standing on a pro-refugee platform, in just one single day. Meanwhile, we have commentators, like the Guardian’s Polly Toynbee, forecasting doom and gloom for the ‘unelectable’ Corbyn in an election that is more than four years away.

The path to victory

Actually, pandering to public opinion is how Labour will lose the general election. As we have seen, public opinion is fundamentally malleable. The working public do not have time for an in-depth look at different policies, so it is up to politicians to inspire them, to show them why policies will work.

The path to victory lies in ignoring whatever public opinion may be today and instead being the one who changes it. Corbyn must lay out his policies clearly and show how they will benefit the British people. The Labour leadership need to smash the lie of austerity and create their own narrative rather than capitulate to the Tories’ oversimplified deficit rhetoric.

The ‘fiscal credibility’ rule currently under consideration by the Labour leadership would be a good start to establishing a narrative to challenge the Tories. It is a pledge to “guarantee that all cuts announced for this parliament could be reversed in full”.

The Tories are not getting rid of our burdens with their austerity programme, they are selling off our assets to the private sector. The reason the profit-seeking private sector want to buy our assets is because they make the owner money. While selling off assets gifts us funds in the short-term, in the long-term we lose the profits we would otherwise have yielded.

Former Labour shadow chancellor Chris Leslie has already hit out at the ‘fiscal credibility’ idea, claiming there is no “magic money tree” to reverse spending cuts.

But he’s wrong: there is.

The “magic money tree” is real, but it has been confiscated by the private sector. Currently, private banks create 97% of our money through debt. Only 3% of our money exists in physical form and is created by the Bank of England. This means we effectively rent our money from private banks. All the money in our bank accounts corresponds to someone else’s debt.

In the video below, Professor Dirk Bezemer from the University of Groningen and IMF economist Michael Kumhof, annihilate prevalent banking myths in under 2 minutes:

The policy Labour are considering – called “people’s quantitative easing” – is how we take back the magic money tree. This means establishing a national investment bank to create money in public, rather than private interest. Chris Leslie also criticised this idea, stating it would cause inflation. But this does not follow, as a researcher for Positive Money says:

If both commodities and money increase at a similar rate, it does not necessarily follow that there would be inflation.

Additionally, the current inflation rate in the UK is dangerously low at around 0.2%. The ideal rate is 2%, in order to avoid falling below 0% into ‘deflation’, which can be catastrophic for the economy. Cameron, of course, spins this as a good thing:

The prospects are good. We go into this year with low inflation, rising employment and growth.

Labour need to not overestimate the British people’s knowledge, but not underestimate their intelligence. If Corbyn can manage to smash these economic myths that are exploited by the Tories then he will guarantee a Labour victory.

Electability is dependent on public opinion, which is not a fixed point but something that changes. Therefore, the electable person is one who can communicate their ideas effectively and galvanise the people.

Once understood, building large scale social housing to solve the housing crisis, reinventing the banking system so it works for the people, and establishing worker cooperatives are rallying calls that will inspire the British people.

The YouGov poll shows that the British people have an appetite for an ideology in which we work together instead of against each other. Corbyn’s Labour party just needs to show them clearly and confidently how it can work practically, and they will win in 2020.

–Join Positive Money who are campaigning for a banking system that works for us.

–Support the Canary so we can continue to smash the prevalent myths.

–Write to your MP asking if they are aware of how money is created.

Embedded images via WikiCommons 1, 2 and 3.