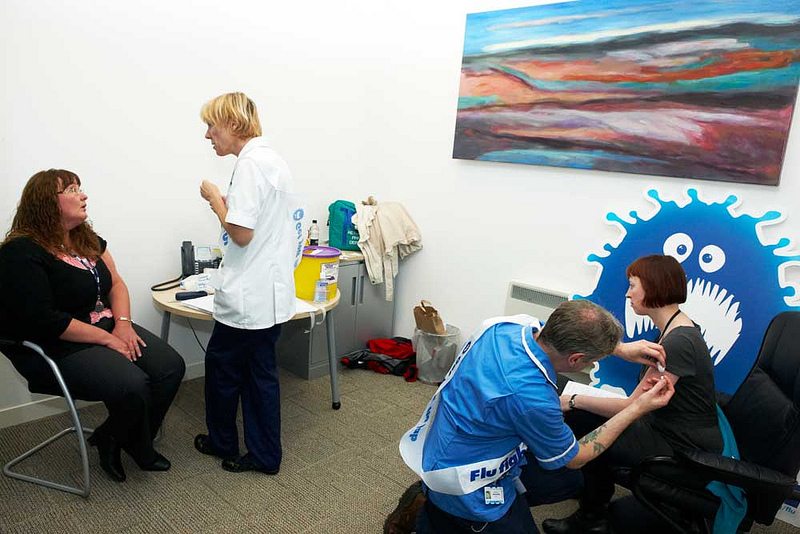 The NHS’s recruitment agency is going to be privatised, according to RT. The planned sell-off has been denied by the Department of Health. But if the assertion proves to be true, this giveaway will drive a further nail into the NHS’ coffin.

NHS Professionals (NHSP) is the largest provider of temporary medical staff to the NHS. It manages staffing banks for a number of NHS trusts, and has over 60,000 medical professionals registered with its service. As its own website claims:

The core service NHS Professionals offers its flexible worker customers is the choice of temporary work at their convenience. For NHS Trust clients we offer reassurance of a safe supply of quality temporary staff at the best value.

NHSP was initially conceived as a special health authority – an independent authority providing a health service to the whole of England. It is now a limited company wholly owned by the Secretary of State for Health. The initiative does not receive public funding, and has proved itself worthy of fulfilling the NHS’s temporary staffing needs.

In fact, the service is now even making a profit. In 2015, NHSP reportedly saw a profit increase of 43% on the year before, rising to £8 million. As a state-owned enterprise, this profit is fed directly back into NHS services.

Should the service be sold off, this revenue would no longer benefit the NHS. It would fill the pockets of profiteers instead. According to the Morning Star, one potential beneficiary is the recruitment company Odgers Berndtson. This company is currently chaired by Virginia Bottomley, the former Conservative Health Secretary – and cousin of Jeremy Hunt. As RT told the Star:

This means that this private, for-profit company, has a say in matters of the health service, and will be collecting a hefty commission from the placement of these jobs.

The sell-off, which was confirmed to RT by sources close to the deal, is a result of an ongoing review by multinational advisory firm Deloitte. The UK government has been tight-lipped about the policies NHS England is working on with Deloitte, even with its own MPs. It has denied that a decision has been made on NHSP’s future, stating:

Our work with Deloitte is ongoing and no final decisions have been made — we are examining a range of options to identify the best solution for the NHS Professionals.

RT claims this is false. It says the UK government is now working out “the particulars of the deal” and merely waiting for the right “political timing” to announce it. But privatising this service is clearly not “the best solution” at all, for the NHS or the public. It would remove the extra revenue NHSP provides to the NHS. And it could lead to an increase in staffing costs for the health service, if private firms decide to raise prices to enhance profits.

Overall, this decision would be disastrous for public health. It would further chip away at our beloved NHS, ensuring it is unviable in the long run. Many suspect that is the Conservatives’ ultimate goal. With ludicrous decisions like this, they may well be right.

Take action with 38 Degrees Save our NHS campaign

Support the campaign against the Transatlantic Trade and Investment Partnership (TTIP), which will open the NHS up to total privatisation.