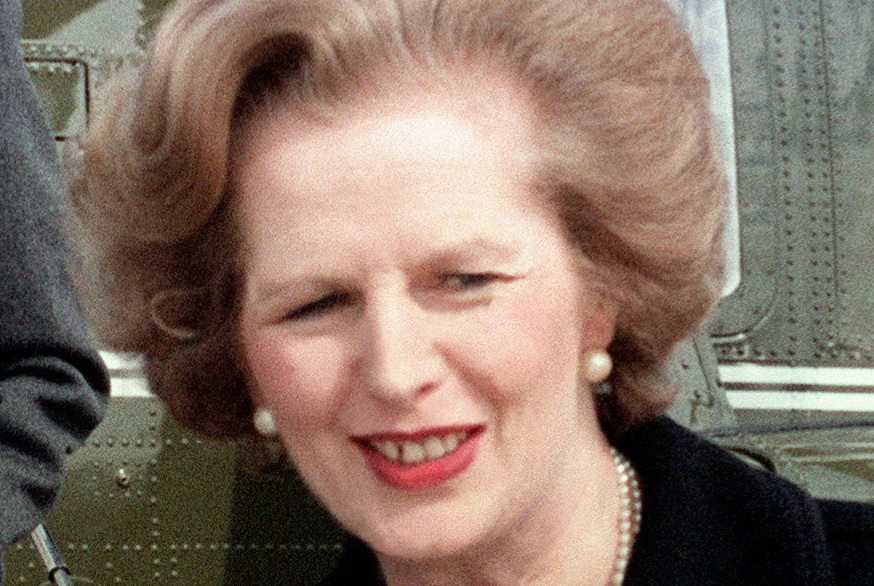 Why would anyone want to put a statue of Margaret Thatcher anywhere? Let alone a 250ft one? Well, one group of university students thinks it’s a great idea, for some reason.

According to the Kent University Conservative Association (KUCA), a massive Thatcher statue opposite the university nightclub would “encourage good and sensible behaviour“. (We’ll get to the absurdity of that claim later on.)

KUCA initially launched its petition to build a statue of the former Tory Prime Minister “twice the height of the Statue of Liberty” in order to “highlight problems” with the current petitioning system. But its Chair, Emilio Kyprianou, has also insisted that the creation of a million-pound Thatcher statue “could be a real positive for Kent”. The people of Canterbury and its surrounding areas, where the university is based, have yet to make their opinions known.

If they build it, we will come and tear it down. https://t.co/BvY3Xc0IIW

and finally to humour:

NewsThump, meanwhile, joked that the idea was popular mostly among pigeons, and that it would in fact help to cheer people up in times of renewed Conservative austerity measures:

What better way is there to lift everyone’s spirits other than the sight of Margaret Thatcher covered in pigeon shit.

The dangerously pervasive idea that Thatcher was ‘good and sensible’

There’s no need to be too concerned about the plans for the statue, though. Kent student Faron Bloomfield tells us:

But the truly worrying issue at hand is that, at a time when the Conservative government is privatising more than the Thatcher government ever did, there are still people who idolise the ‘Iron Lady’.

Numerous economists defended or backed the economic proposals of Jeremy Corbyn during the Labour leadership election in 2015. Nobel Prize-winning economics professor Paul Krugman, for example, insisted that “the whole austerian ideology is based on fantasy economics” and that anti-austerity figures like Corbyn were actually “basing their views on the best evidence from modern macroeconomic theory and evidence”. Economic experts even wrote an open letter saying the Labour leader’s opposition to austerity was “actually mainstream economics”.

In other words, Thatcher and her modern protégés are the ones on the extremes of economic thought.

So why has her poisonous ideology of neoliberalism not yet joined her in the afterlife?

Well, the truth is that the main opposition to the Conservative party – Labour – is only just beginning to move away from this outdated economic ideology. Jerome Roos at ROAR magazine insists that:

Tony Blair proved that it was never really Thatcher who ruled Britain, but the financial interests in the City of London all along.

The only difference is that the Tory leader “deregulated the financial sector with a religious ferocity”. This is what got her noticed (and hated). She assaulted the labour movement and tore the British welfare state apart like no one ever had before. As Roos says, she was so despised not only for her policies but because of “the ugly face she put on them” and the way in which she:

personified the naked logic of class warfare operating underneath the technocratic surface of her neoliberal project.

Remember also that this is the woman who befriended Augusto Pinochet and believed there was no alternative to apartheid rule in South Africa – saying Nelson Mandela’s ANC was just a “typical terrorist organisation”.

For these reasons and more, it is fair to argue that Thatcher was neither good nor sensible, and that we should be moving away from her toxic legacy rather than praising it.

If anything, we should be following the lead of Madrid’s mayor Manuela Carmena, whose anti-austerity platform has called for the removal of Thatcher’s name from a square in the centre of Spain’s capital city. Podemos members have apparently asserted that the square “should not bear the name of the Iron Lady who enslaved the labour movement”.

Thatcher is simply not the kind of figure that the UK – or anywhere else for that matter – needs to be looking back on fondly. She was a divisive and destructive figure who has constantly been proven wrong, and it is high time that we all moved on.