Austerity is now cutting so deep, that even Tory MPs are up in arms (VIDEO) - Canary 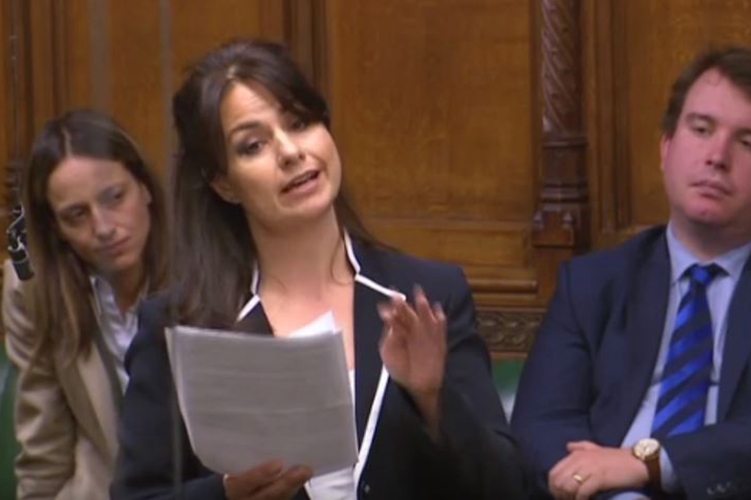 In a shock move, MPs have voted to cut Employment and Support Allowance (ESA) by 30%. This defied not only belief, but also the bill’s previous defeat in the House of Lords, and even some of the Tories’ own backbenchers.

At the last minute, Tory MP Heidi Allen of South Cambridgeshire in a speech to the House said that she could not get behind the move to cut ESA disability benefit, as the government has provided no evidence that these cuts would actually incentivise disabled people into work.

She asked for more time, discussion and evidence, and proclaimed that she was firing a ‘warning shot’ to her party. Even so, the £30-a-week cuts to ESA proposed by Ian Duncan-Smith were passed in the House of Commons last night with a vote of 306 to 279 – a majority of just 27 votes. This is a slimmer majority than when the Lords rejected the cuts last month, by 283 to 198; a majority of 85.

Even as Allen acknowledged that she believes the Conservative government needs to be one of “sweeping strategic change” (though, we can assume, not in the favour of dramatically increasing economic equality) she encouraged her fellow MPs, and the government in particular, to ensure that they acted with “compassion and the dexterity to look after the little man too”.

It may seem an oxymoron that Allen and other Conservatives MPs might focus on compassion while backing austerity generally. This is because they belong to a party for whom ‘strategic sweeping change’ translates to taking away support for the most vulnerable and squeezing the middle classes, while asking for ever less social responsibility from the rich. It is telling that Allen uses the word ‘dexterity’, the definition of which is ‘skill or grace; cleverness’; this statement shows that trying to make the austerity agenda compatible, or seem compatible, with looking after ‘the little man’ requires quite a bit of work and careful handling.

That Tory MPs are balking at this latest, inexplicable privation forced upon the vulnerable is damning. Perhaps it was inevitable; that the hypocrisy of this government is so striking that it was only a matter of time before Tory MPs themselves lined up to condemn it.

The Tories have given themselves more than one pay rise since being in office, the latest being up to a £15,000 increase per year, while continuing with their relentless austerity programme. Perhaps, this simply cannot be ignored, even by those who are active agents of it.

As this Conservative government continues to shamelessly freeze and cut others’ means of supporting themselves in our vicious economy, one would hope that other Tories will follow Allen’s lead.

Petition the government about their austerity agenda.

Support The Canary so we can keep holding power to account.