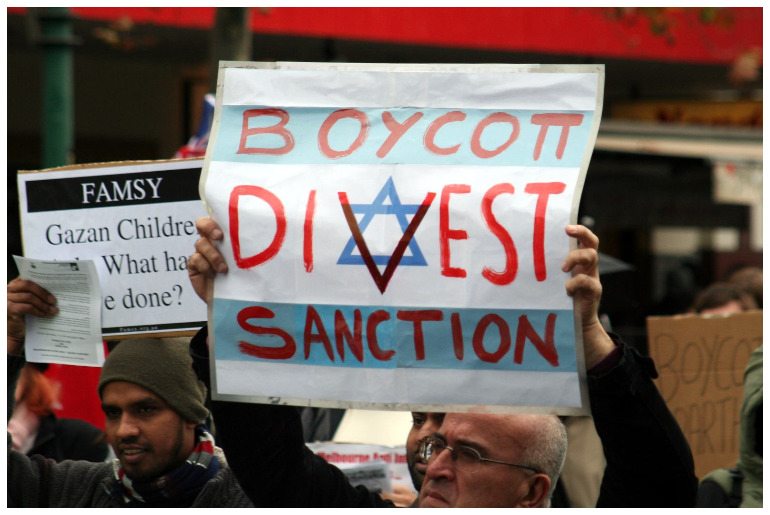 Posters describing the crimes of the Israeli government have appeared throughout the London Underground this week. Designed to look like genuine adverts, the posters put up by London Palestine Action activists highlight the similarities between Israeli policy toward Palestinians and that of apartheid South Africa.

In the wake of the Conservative government’s decision to criminalise boycotts of goods from illegal Israeli settlements, the posters were plastered on the Underground during the annual Israel Apartheid Week. They emphasise both the position that the BBC has taken in downplaying Israeli crimes, and the complicity of British companies in facilitating the oppression of Palestinians: 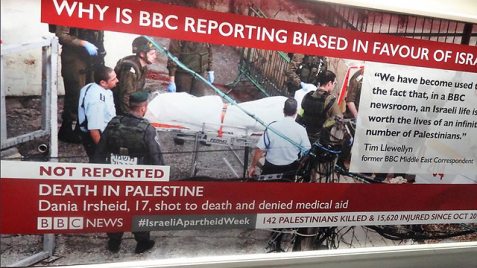 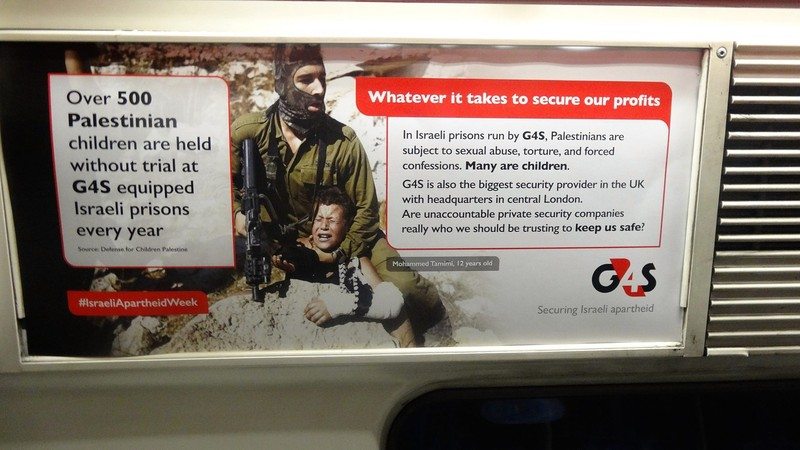 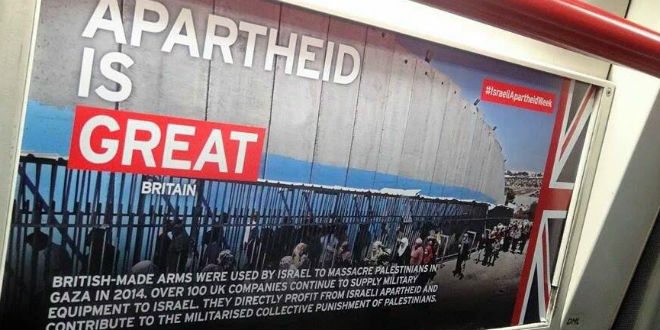 The posters, which gained notoriety through social media, led to direct Israeli pressure to remove them. The Prime Minister of Israel, Benjamin Netanyahu, requested that Foreign Ministry Director Dore Gold “demand from the British government that the posters be removed”. Meanwhile, leader of the Yesh Atid party, Yair Lapid, said he had contacted the Mayor of London, Boris Johnson, and explained that “Israel will not tolerate this”. Transport for London has since condemned the posters as “unauthorised acts of vandalism”.

While British law tightens around criticism of Israel and public relations campaigns against the state are immediately written off as anti-semitic, it is difficult to see where true accountability for Israeli actions will come from.

The Speaker of Israel’s parliament (the Knesset), Yuli Edelstein, argued that the posters were “a display of hypocrisy”. But surely the clearest display of hypocrisy is the willingness of a democratic, sovereign state like the UK to surrender to the requests of a foreign government. Anti-semitism is indeed a horrific thing. But standing up to the Israeli government and defending Palestinian rights should never be seen as anti-semitic. That distinction must be made very clear.

Learn more about the BDS.

Support The Canary so we can keep holding the powerful to account and making the voices of the powerless heard.