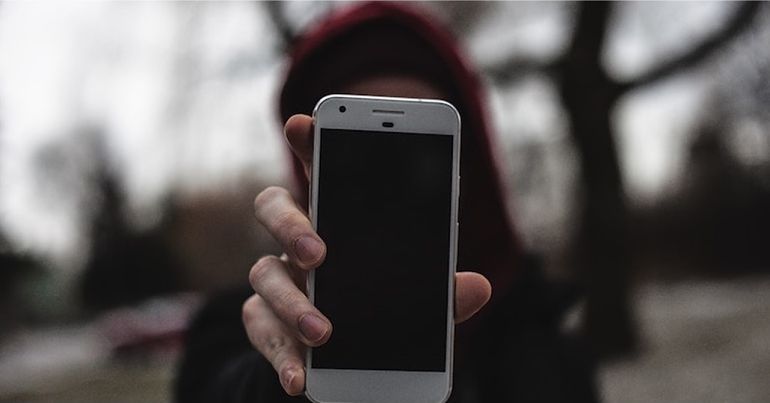 Legal changes mean that police can demand victims of crime, including rape survivors, must now hand over their phones. Failure to do so could prevent prosecutions from going ahead. This new law has dangerous and worrying implications. Because it implies a sense of guilt for some survivors of violent crime.

From 29 April, police in England and Wales will issue digital consent forms. These ask for “permission to access information including emails, messages and photographs”. As a result, people reporting violent crimes can be asked to hand over phones and other devices. Although these consent forms potentially support a range of criminal investigations, they’re particularly concerning for rape and sexual assault survivors.

People can refuse to give consent. But if they do so, the form states:

If you refuse permission for the police to investigate, or for the prosecution to disclose material which would enable the defendant to have a fair trial then it may not be possible for the investigation or prosecution to continue.

As Rachel Krys, co-director of the End Violence Against Women Coalition said, there’s already “an extremely serious problem with prosecuting rape in this country”. It “is a fact” she continued, “that most rapists get away with it”. As she explained, this is partly because:

investigations too often focus on women’s character, honesty and sexual history, despite rules which are supposed to prevent this, instead of the actions and behaviour of the person accused.

This new law places survivors of sexual violence in an even more vulnerable position. As Krys noted, digital consent forms present another “barrier to reporting rape”. And as Labour’s shadow policing & crime minister Louise Haigh stated, people’s “lives shouldn’t be on trial because they’ve been raped or assaulted’.

According to police and prosecutors, the forms “attempt to plug a gap in the law”. Those supporting the move claim that lack of disclosure led to the collapse of some rape trials. The Guardian reported that in 2018, rape charges fell 23%:

to [the] lowest level in a decade, following the collapse of a series of trials in late 2017 due to problems of disclosure.

But this defence ignores the damaging and intense personal scrutiny that many women already face during rape trials. And it fails to take into account the volume of sensitive and personal information most people have on their phones. The BBC reported:

Director of Public Prosecutions Max Hill said they would only be looked at where it forms a “reasonable line of enquiry”, with only relevant material going before a court if it meets stringent rules.

The policy requires victims of rape to agree to mass data downloads from their phones, or even a full copy of their phone data to be taken, even if only a single message or photo is relevant.

According to Rape Crisis, a 2013 report established that approximately “85,000 women and 12,000 men are raped in England and Wales alone every year”. The 2017 Crime Survey for England and Wales (CSEW), estimated in the previous year:

In 2017-18, Rape Crisis recorded a 17% rise from the previous year in people accessing its services. It also reported that women accounted for 93% of its service users. But despite this, rape crisis centres have also warned about the impact of funding cuts since 2015.

As the I Believe Her campaign noted, many survivors of sexual violence already struggle to come forward or contact police because of:

the fear of not being believed, the guilt and shame that society makes survivors feel, and the trauma of the rape itself.

We need to end this culture of shame. To demand that those brave enough to report crimes should also sign digital consent forms is simply wrong. Until we live in a society where there is no sexual violence, we must stand with every woman who is brave enough to speak out against it.