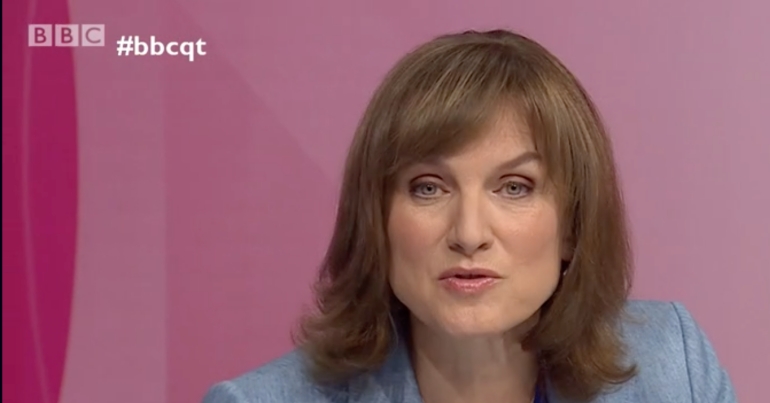 On 9 May, the BBC will broadcast its latest edition of Question Time. But people are pointing out a massive problem with the episode before it’s even aired.

The panel will include Nigel Farage and Anna Soubry. They are representatives of two parties – the Brexit Party and Change UK – that have no elected MPs, councillors, or MEPs. While both parties can claim representatives in the European and UK parliaments, neither has faced a public vote.

Meanwhile, the Green Party and the Liberal Democrats, both of whom have elected MEPs and gained seats during the local elections, are not represented.

And the Lib Dems commented that the BBC “seems to have forgotten that [they] exist”:

For the third time in a week, the BBC seems to have forgotten that the @LibDems exist.
Tonight's lineup on #bbcqt includes Con, Lab & TIG MPs, as well as Nigel Farage MEP representing a party with no manifesto, no MEPs, no MPs and no transparency.https://t.co/NbT48Sc97K

The SNP was also unhappy given the representation of two parties with no elected MPs. SNP MP Gavin Newlands tweeted:

Well blow me down with a feather! I am shocked, nay astonished*, that space couldn't be found on the panel for the governing party of Scotland & Westminster's 3rd party, @theSNP. But 2 parties which didn't exist a few wks ago have a seat each!#bbcqt #naebother #boycottFarage
*😉 https://t.co/2d12kCQL6O

As of February 2018, Farage held a joint-record for the most Question Time appearances this century. And many people criticised the decision to give him yet another platform on the show:

Why @bbcquestiontime is Nigel Farage on #bbcqt again? Your love in with this rabble rousing xenophobe is disturbing, where is the @greenparty or @LibDems spokespeople? They cleaned up at #LocalElections2019 yet you bring on Farage again, fuck the @BBC your bias is sickening.

No manifesto, no elected politicians, no transparency – but gets a chair on #BBCQT https://t.co/YmOI5GHkgF via @LondonEconomic

Other people also pointed out that a ‘dolphin-supported’ candidate won more votes than Farage did during the 2010 election:

You'll probably notice Nigel Farage making yet another appearance on #BBCQT tonight, yet Flipper the Dolphin campaigned for a candidate that got more votes than Farage at the 2010 election, and hasn't made one single appearance. Yet another good reason to switch it off. pic.twitter.com/e0xJToUFBd

People also argued that Question Time is now the equivalent of Jeremy Kyle:

This line up screams ratings and Jeremy Kyle style shouting match rather than serious debate.
Where are the Greens / Lib Dems?
Why is the only MEP present a self serving hate monger who gets paid and never shows up?#Shameful #bbcqt https://t.co/BCsQpyxq59

As The Canary has frequently reported, there are longstanding concerns about bias in the BBC‘s political coverage. But this isn’t good enough. The BBC is supposed to be an impartial, public service broadcaster. And this line-up of guests screams anything but impartiality.

No wonder so many people are calling the BBC out before the programme has even aired.