US military establishment fearmongers about China to suck more money from US public, says ex-colonel - Canary 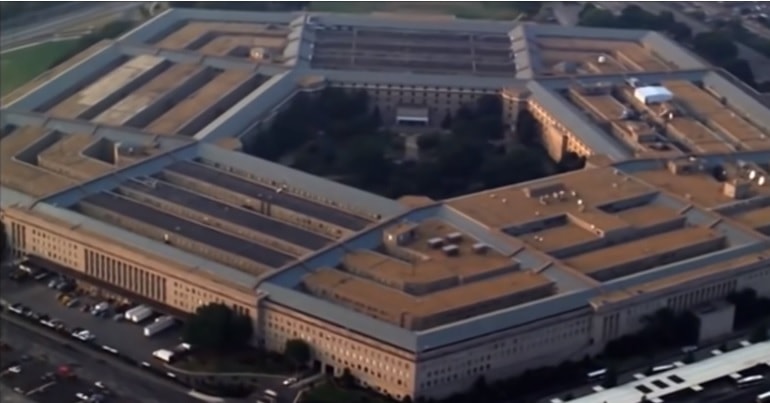 The US military establishment has just published its latest report on China. According to former US army colonel Lawrence Wilkerson, it’s the same old fearmongering to squeeze more money out of taxpayers.

Wilkerson was responding to the US Department of Defense’s (DOD) latest annual report, Military and Security Developments Involving the People’s Republic of China 2019, which it presents yearly to the US congress.

The DOD says that:

It also says China’s plan includes building the region’s “largest navy”. But Wilkerson blasted the report as a “budget ploy”, comparing it to fearmongering against the USSR in the past, to justify increased military spending. Speaking to the Real News Network, Wilkerson explained that:

The [US] army could not expand; it could not take on a real enemy today without massive conscription and full mobilization. And I wonder if the nation could even stand that today. And so, you’re looking at a situation where the only thing [the DOD] can ask for, in terms of fixing any of this, is money— more and more money.

The former colonel and adjunct professor served in three separate Republican administrations; those of Ronald Reagan, George H W Bush, and George W Bush. And he told The Canary that, during that time, he worked on national security affairs at the US Pacific Command, with the chairman of the Joint Chiefs of Staff, and the State Department.

China’s navy doesn’t even compare to the USA’s

He also dismissed the idea that China’s aircraft carrier was a real cause for concern:

We’ve got a dozen [aircraft carriers]. They’ve got one at sea, one… about to come out, and another one perhaps, and ours are so far ahead of theirs that it’s 10, 15, 20 years before they even achieve the kind of capacity we have.

But more importantly, according to Wilkerson, is the fact that they are easily destroyed; and therefore basically useless against a ‘real enemy’. Wilkerson bluntly said:

aircraft carriers are extraordinarily vulnerable and we’re going to find that out when one of them with 5,000 hands and $14bn worth of taxpayer money is sunk in less than 30 minutes, whenever we get engaged in something real.

And that “something real” may be closer than we think. Because the former chief of staff to US secretary of state Colin Powell also warned that US actions are leading to a “self-fulfilling prophecy”. By increasing its aggressive posture, the US establishment is “demarcating the highway to war with China”, he said.

One ‘key takeaway’ from the DOD report is that:

The result is that Western capital, and therefore Western governments, have far less control over China than they do over poorer countries.

This focus on China didn’t begin under Donald Trump, though. Indeed, the foreign policy establishment has been pushing a more aggressive position towards China for many years. In 2015, for example, the highly influential Council on Foreign Relations (CFR) thinktank published a report which argued that China was threatening the US establishment’s objective of:

preserving American primacy for yet another “long cycle” in international politics.

The CFR report said that the “primary U.S. preoccupation” should be “a rising China’s systematic effort” to replace the US “as the primary power in Asia”.

Unfortunately, as Wilkerson warned, it doesn’t look like avoiding a major confrontation with China is among the main objectives of US elites. Therefore, members of the public who oppose the current trajectory towards war with China will have to start devising alternative policies, and making our voices heard – sooner rather than later.