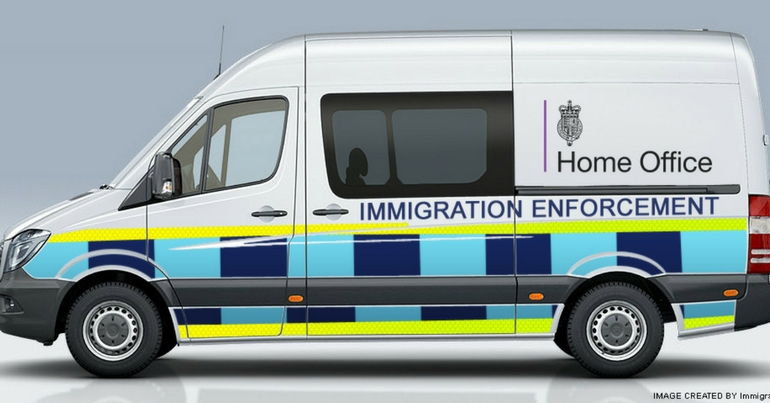 On 3 May, the Home Office received a major blow to part of its ‘hostile environment‘ policy.

Under an amendment to the Nationality, Immigration and Asylum Act 2002, asylum seekers can be deported before they appeal a decision. But this “deport first, appeal later” practice was challenged at a tribunal by the Garden Court Chambers Immigration Team.

The tribunal found that the practice was unfair and ordered that the person should return to the UK for the appeal.

The 2002 legislation was enacted while Tony Blair’s Labour government was in power. But it was Theresa May who pushed through the 2014 amendment. She declared when home secretary that she wanted:

to create here in Britain a really hostile environment for illegal migration.

This environment has led to the Windrush scandal; potentially thousands of students wrongfully removed over allegations of cheating; and children being separated from their parents.

According to figures from 2017, more than 27,000 people were detained in immigration centres that year. As the group Detention Action explains, people kept in “prison-like conditions” in these centres include:

Vulnerable people, including survivors of human trafficking or torture

Citing a 2019 report from the Home Affairs Select Committee and the Joint Committee on Human Rights into conditions at Colnbrook detention centre, Detention Action also said that:

47% of detainees surveyed for this latest report said they felt unsafe in the centre.

You will be deported to Jamaica, the country you left 15 years ago, and you cannot even appeal before you go.  You will be torn from your wife and children, but will have no chance to put your case before a judge: you can appeal only after you have been deported.  Except that you won’t be able to get a UK immigration lawyer from Jamaica.  Even if you have the legal skills to represent yourself, you’ll struggle with practical details: is video link available at the local court? Can you afford it?

This is a policy that May orchestrated and advocated as home secretary. During a 2013 debate on the immigration bill and the amendment to the 2007 legislation, she stated:

Foreign criminals will not be able to prevent deportation simply by dragging out the appeals process, as many such appeals will be heard only once the criminal is back in their home country.

The practice of “deport first, appeal later” was first taken to the Supreme Court in 2017. The court ruled it unlawful. As a result of that ruling, a number of “test cases” were brought to tribunal. Although the initial case was rejected, the Garden Court team won on appeal in a case that it said was the “first order of its kind” since the 2017 judgment.