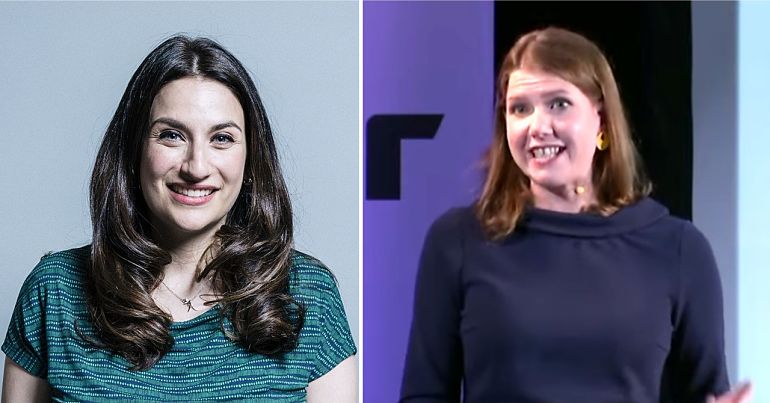 The ranks of the Liberal Democrats have swelled further with the arrival of Luciana Berger. But even as the party celebrated, people were quick to point out that it had overstated its hand.

In February 2019, Berger was one of the founders of what was then called ‘The Independent Group’. In June, she and several others left what was now Change UK. Today, she joins former Change UK colleagues Sarah Wollaston (originally Tory) and Chuka Umunna (originally Labour) becoming one of 16 Lib Dem MPs now in parliament.

Understandably, the Lib Dems were cock-a-hoop:

Welcome to our newest MP – @lucianaberger !

The Liberal Democrats are surging – we're the biggest, strongest Remain party. The time for action is now

But the party’s dodgy claim to be “the biggest, strongest Remain party” didn’t go unchallenged:

With 16 MPs almost half of whom have "borrowed gowns"? Will that last past the election? By the way SNP is the biggest remain party

You're still 21 seats behind the SNP.

And it’s true. Not only does the SNP have 35 MPs to the Lib Dems’ 16, it also has a larger membership. According to the latest figures, the Lib Dems have “around 115,000” members, compared to the SNP’s 125,500. So the only possible sense in which the Lib Dems could be bigger would be in geographical reach, as the SNP focuses on Scotland. But that’s probably not what they meant.

And there was a further challenge to the celebratory mood:

@lucianaberger happy sharing a party with a homophobic racist from the Tory benches?

I am not going to welcome Philip Lee to the Liberal Democrats; his statement is entirely about Brexit, and fails to address the deeply illiberal policies on LGBT+ issues and immigration he has championed in the past.

Plenty of members don't think this is fantastic news. Obviously we're happy to see parliamentary numbers grow but Lee does not have a voting record a liberal would be even remotely proud of…

In fact, the arrival of Lee was too much to take for chair of the party’s LGBT+ group Jennie Rigg:

The chair of LGBT Lib Dems quits the party in response to Philip Lee joining.

“A homophobe, a xenophobe, and someone who thinks people should be barred from the country if they are ill.

Fuck this.
Fuck this so hard.” https://t.co/CBcd0LZTPA

Rigg voiced her thoughts on her blog, announcing that she was leaving the party in response to it allowing Lee to join.

This begs the question: will Swinson’s apparent policy of welcome for any homeless pro-Remain MP make the party ‘bigger’ and ‘stronger’, or will it have the opposite effect?