As countries pull arms sales to Turkey, the UK government is still complicit in death - Canary 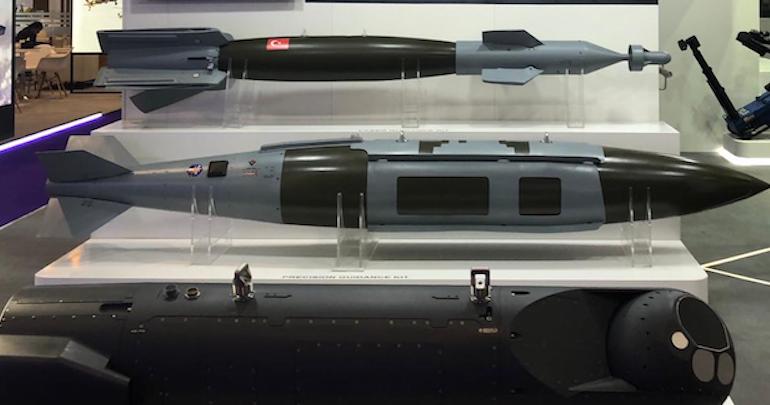 On 9 October, Recep Tayyip Erdoğan launched a violent invasion of largely-Kurdish areas in northern Syria (aka Rojava). Now, several European countries have stepped up and stopped arms sales to Turkey. The UK government, meanwhile, continues to profit. Arms sales are ongoing and it’s fully complicit in murder as a result.

On 12 October, Germany announced it was the latest country to cease arms sales to Turkey:

Following Turkey's military offensive in Northeast of Syria, Germany will not issue new permits for arms that could be used by Turkey in Syria – Foreign Minister @HeikoMaas in @BILDamSONNTAG

Whilst this is good news, it doesn’t detract from the fact that it previously exported “nearly one third” of its arms sales to Erdoğan’s regime:

Germany joins the list of countries stopping (suspending) arms sales to Turkey.
Only after:
"Exports to Turkey in 2018 amount to €242,8M, nearly one third of all the German military arms exports.
In the first 4 month's of 2019 Ankara received arms worth €181M from Germany."

But it does reflect a rising trend of EU countries halting arms deals in light of the current invasion. Finland stopped these on 9 October and Norway followed the next day:

NEW — Norway, a NATO ally, suspends all arms exports to Turkey over the Syria incursion.

Finland did the same yesterday

List of countries that sanctioned Turkey over its Syria incursion:

And there’s now also speculation that the EU may impose a full arms embargo on Turkey. As Bloomberg reported, this:

would send a strong signal to Recep Tayyip Erdogan’s government and drag Ankara’s relations with its NATO allies to a new low. The officials said the decision could be made over a summit of EU leaders in Brussels on Oct. 17-18.

If this does go ahead, it may well face opposition from the UK. Because as a press release from Campaign Against the Arms Trade (CAAT) noted:

Despite its authoritarian domestic policy, and increasingly aggressive foreign policy, the Erodgan regime in Turkey is among the world’s largest recipients of UK weapons.

“The UK Government must condemn the invasion”

In 2018, the Permanent Peoples’ Tribunal (PPT) found Turkey guilty of war crimes and crimes against humanity due to its actions towards Kurdish people. As CAAT explained:

The US has been allied with Kurdish forces, who led the campaign against ISIL in the region, but Turkey classifies the Kurdish YPG as terrorists. Turkish forces invaded Afrin in 2018, in operations that saw them accused of “indiscriminately shelling civilians” by Amnesty International.

This war could have far-reaching and devastating consequences for Kurdish people and the wider region. Since coming to power, President Erdogan has shown a total disregard for human rights, both in terms of his authoritarian domestic policies and his continued aggression on the world stage.

It also noted that since Erdoğan came to power in 2014, the UK has licensed £1.1bn worth of arms to Turkey. These include drones, tanks, and missiles.

So far, the UK government’s response to this ongoing crisis seems weak. On 9 October, foreign secretary Dominic Raab called the invasion an “incursion” and expressed “concern”. Since then, he’s reportedly said:

Our position is crystal clear. This incursion is wrong. We want to see maximum restraint, and avoid taking our eye off the ball with Daesh (IS). My fear is that the risk is that the humanitarian situation … could be made worse.

But there’s been absolutely no mention of halting the UK’s profitable arms sales with Turkey.

Yet, as Smith also emphasised:

The UK Government must condemn the invasion and act to ensure that UK-made weapons are not contributing to the violence. It must take action by immediately stopping the arms sales and ending its political and military support for Turkish forces.

Turkish forces are currently murdering children in Rojava. And our government is complicit in these deaths.