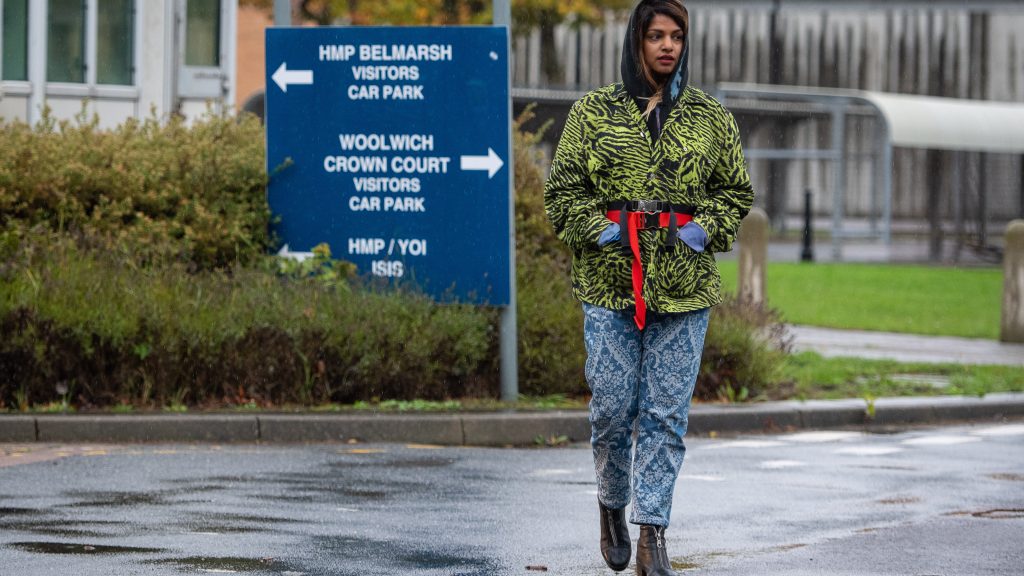 CORRECTION: This article was updated at 4.40pm on 14 October to remove the assertion that Julian Assange was wanted for trial in Sweden; in fact, he was wanted for questioning. It also now makes clear that he is currently awaiting an extradition hearing rather than extradition.

Singer MIA has joined the call to demand the release of WikiLeaks founder Julian Assange after visiting him in London’s high-security Belmarsh prison.

The rapper and songwriter – real name Mathangi Arulpragasam – is one of a number of celebrity supporters who have been to see Assange since he was sent to Belmarsh earlier this year after spending seven years in the Ecuadorean embassy in the capital to avoid extradition.

Asked how the whistleblower was faring, the musician said:

It’s difficult to describe… he shouldn’t be in there.

It’s very difficult even to get books in. To me that’s a very extreme method, where (prisoners) are denied even reading books. I wasn’t allowed to bring in sketchbooks for him to write the thoughts in his head or draw.

I first thought that all prisoners are treated like that, where they’re not able to have any dignity or own the space in between their ears.

I can sympathise with people who think he’s being treated unfairly… I think there is an element of discrimination.

The bottom line is he’s in there (in jail) because he exposed some war crimes.

We cannot make this an example for society where we penalise people for that.

Assange, whose other visitors have included Chinese artist Ai Weiwei and actress Pamela Anderson, was jailed for 50 weeks in May for breaching bail after he was dragged from the embassy in London when the Ecuadorian government withdrew permission for him to be there.

He had been due for release in September after serving half his sentence but has been remanded in custody while he awaits a US extradition hearing.

He is due to face a full extradition hearing on February 25.

He originally took refuge in the embassy while he was being investigated by Sweden in connection with sexual offence allegations.

At the time he claimed he was the subject of an American “witch hunt” and was at risk of being taken to the US if he was sent to the Scandinavian nation.

Swedish prosecutors dropped their investigation in 2017 but they have since said the case was being reopened.