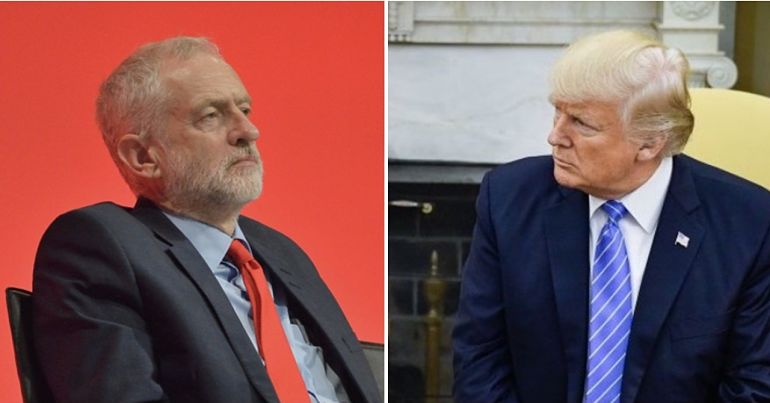 In a radio interview with Nigel Farage, Donald Trump has launched a desperate attack on Jeremy Corbyn. And it serves as a perfect endorsement for the Labour leader.

Speaking to Farage on LBC, Trump argued that:

he’s a fantastic man, and I think he’s the exact right guy for the times.

Featured image via Wikimedia and Wikimedia, with additional content via Press Association