Here are the companies complicit in deporting people to Jamaica - Canary 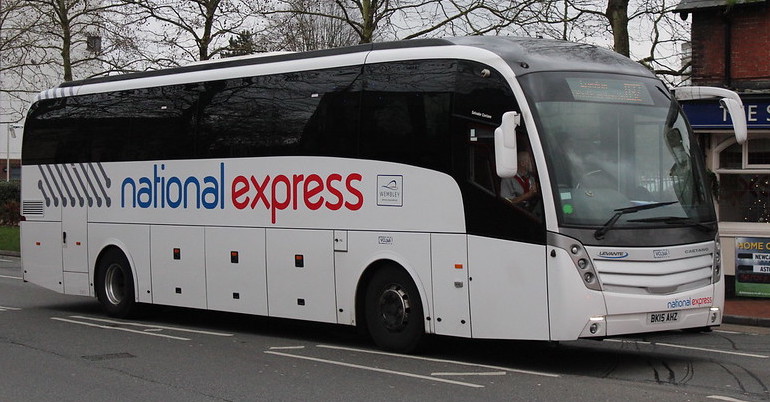 On 11 February, the government deported 17 people to Jamaica. This came despite widespread outrage and a successful legal challenge. Originally the government wanted to send away around 50 people. Yet in a sickening twist, the government has since defended its actions. Meanwhile, calls are growing to boycott and discredit the companies who profit from deportations. One of the linked companies posted record profits last year and has direct government connections.

The so-called ‘Jamaica 50’ includes many people who came to the UK as children. On 10 February, a series of legal challenges sought to stop the deportations. Although the Court of Appeal ruled some were not legal and later rejected a Home Office appeal against its decision, by this stage too many people had already been placed on coaches and were denied phone contact with lawyers and relatives.

One thread from Black Activists Rising Against Cuts (BARAC) showed what people were subjected to through the night:

2/ then at last minute confirmed they will not be deported apart from.1 person & 9 of them put back on coach, not known where the man in ambulance using breathing apparatus is or man taken off coach because he was distressed but

6/ Colnbrook who they saw for short period at airport. Lots of families distressed , messages from partners and parents not knowing if their loved ones have bern deported or not & not able to make contact

And others working to challenge the case also noted the huge trauma for all involved:

THIS DEFIES BELIEF: We are speaking to individuals clearly covered by the Court of Appeal order prohibiting their deportation who have been removed to the airport and told they are being deported. @ukhomeoffice are you really going to try and break the law tonight?

We must start asking ourselves at what point this constitutes as torture.

They have been taken on a journey from London to Sheffield and loaded onto a flight which the government were told by the courts not to do hours ago.

This will cause unimaginable trauma. https://t.co/wnEIlSuo0w

are all foreign national offenders – they have all received custodial sentences of 12 months or more. They are responsible for crimes like manslaughter, rape, dealing in class A drugs.

“We’re not even saying sorry,” he insisted. A Home Office statement also refused to apologise.

Labour’s Zarah Sultana pointed to the heartbreaking facts about those people involved and accused the Home Office of “misleading the public”:

Let’s get the facts straight on the #Jamaica50. It includes people who:

– have lived in the UK since they were young kids
– have children, family and friends in the UK
– already served their time for non-violent, single offences

The Home Office is misleading the public.

As David Lammy also noted, this case shows that “lessons from Windrush have not been learned”.

It’s thought that everyone on the coaches and deported is Black. This seems to reveal blatant racism from the government:

Some of the crimes committed by the British people deported include possession of class A drugs. We have Tory ministers who have openly admitted using class A drugs through their 20s and 30s – this is pure racism and hypocrisy https://t.co/YAsGU23trk

The saddest thing about the government sending that plan of people to Jamaica anyway is seeing all of his cheerleaders agreeing with it. This government has given racists the confidence to come out of hiding and its fucking horrible.

For those outraged by this case, there’s one simple way to take action and support everyone involved. As people were taken from detention centres, pictures emerged of the coaches used for deportations. These clearly highlight two companies – Kings Ferry and Clarkes Coaches:

Both these companies are owned by the Kings Ferry Group. National Express bought Kings Ferry in 2007.

So pressure is mounting to boycott all the coach companies involved:

Boycott @ClarkesCoaches @TheKingsFerry @nationalexpress
and demand they commit to not taking any more blood money for transporting people for deportations! https://t.co/h5jbGXoMOY

Shame on @ClarkesCoaches @KingsExpress @nationalexpress for going against high court rulings and transporting ppl being illegally deported by the Home Office. it’s not just airlines, coaches can be boycott too. #jamaica50

A National Express spokesperson told The Canary: “We are not providing a comment” about this matter.

However, further investigation into publicly available information about National Express is revealing.

It’s still unclear which airline the government used for these deportations. Initial reports suggested this may be Titan Airlines. As The Canary reported in 2019, the government used a Titan plane to deport 35 people to Jamaica. The so-called Stansted 15 answered a “call for help” and stopped another Titan Airways deportation flight.

Initial reports on social media linked Titan to this deportation. However, a Titan Airlines spokesperson told The Canary it “did not have any involvement in the plane which left on 11 February”.

But we can, and should, still call out all companies with links to deportation flights. In 2018, Virgin Atlantic continued to help the Home Office despite promises not to. And some staff have also challenged British Airways for its role in deportation flights.

Boycotting these companies won’t ease the pain of those subjected to this trauma, nor will it return those people ripped from their families last night. But dented profits are what hurts corporate fat cats the most. We can’t let those profiting from “home office blood money” get away with it.