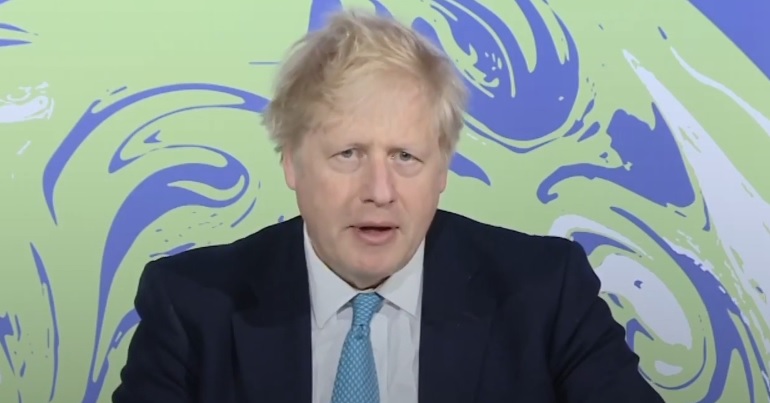 To mark six months until the COP26 climate conference, the event’s host – aka the Conservative government – has released a list of 26 Canadian ‘climate champions’. The government said these champions are all “helping to build a net-zero future”.

In its infinite wisdom, the government put the executive Martha Hall Findlay from massive Canadian oil company Suncor on that list. It also included the Royal Bank of Canada’s (RBC) vice president for corporate citizenship and sustainability Valerie Chort. RBC has backed fossil fuel projects with $160bn of finance since the 2015 Paris Agreement on climate, according to the Rainforest Action Network.

The world is facing environmental armageddon largely because of the fossil fuel industry. So the inclusion of individuals from these entities on a list of climate champions is way beyond satire.

As Climate Home reported, Findlay is chief sustainability officer at Suncor, which “produces crude oil from tar sands”. National Geographic described Canada’s oil sands industry as “the world’s most destructive oil operation” due to its severe environmental impact. Indeed, Norway’s wealth fund blacklisted Suncor and other Canadian companies in 2020 over their excessive carbon emissions “from production of oil to oil sands”.

As such, the news that the UK government has anointed a Suncor exec as a ‘climate champion’ was met with ridicule:

Naming fossil fuel executives as "champions" is utter nonsense. #COP26 might as well give a platform to talk about ending smoking to the tobacco industry. https://t.co/SemDqR6z9w

So well done to Canada for winning today's "Beyond Satire" prizehttps://t.co/aONXHs5Rkr

Suncor is expanding oil production, although it has promised that by 2030 it will lower the ’emissions intensity’ of its operations. In a statement regarding her ‘climate champion’ win, Findlay also said the company was looking forward to COP26 and collaborating with others to find “real solutions” to the climate crisis.

We are pleased to announce the first group of 🇨🇦 Climate Champions!

However, the most fundamental ‘real solution’ to the climate crisis is ending fossil fuel production. So, as Corporate Accountability’s spokesperson Jesse Bragg told Climate Home, those intent on keeping the fossil fuels flowing aren’t climate champions but ‘obstacles to progress’.

That goes for Suncor, RBC, and indeed the UK government itself.