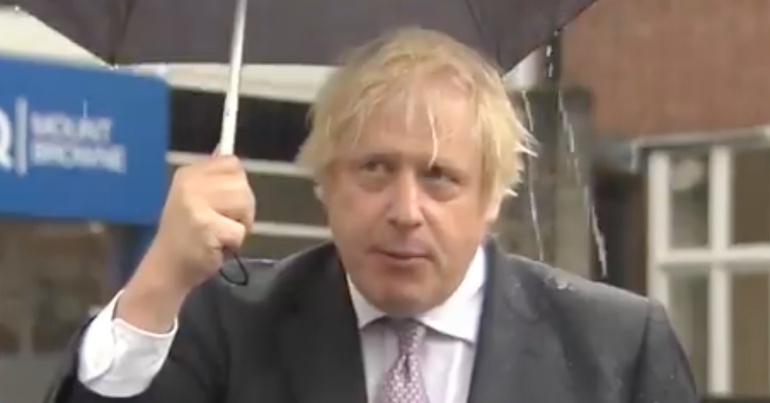 On 27 July, Boris Johnson unveiled his Beating Crime Plan. And it only took him eight words to destroy any shred of credibility in his proposals.

Johnson described the discriminatory power as:

a kind and a loving thing to do.

Unsurprisingly, people were quick to point out how detached the PM is from reality:

Stop and search is not kind and loving it is discriminatory and very very disproportionate. It’s a tool used to target black people and other ethnic minorities. They just use stop and search as an excuse to fine and prison people. https://t.co/Gs8UYLe2wJ

Stop and search powers have long been shown to be disproportionately used against Black people. Black people are on average ten times more likely than white people to be stopped.

Furthermore, there is little evidence stop and search has had a positive effect on crime figures historically. In fact, as some Twitter users pointed out, the opposite has sometimes been true:

2011, in the aftermath of the riots, this piece was published:

"Reading the Riots: 'Humiliating' stop and search a key factor in anger towards police"https://t.co/n03my6apz9

2021, Johnson declares stop and search "a kind and a loving thing"

Making the expanded powers permanent has therefore prompted criticism from many people:

Section 60 gives police officers the power to stop and search people without reasonable suspicion in designated areas if they anticipate serious violence. In 2014, then home secretary Theresa May issued guidance to officers on how the powers should be used.

But this guidance was reversed by Priti Patel, and a Section 60 expansion pilot was rolled out to 43 police forces in August 2019.

Patel’s pilot essentially lifted the conditions from the guidance, meaning Section 60 could be authorised by lower-ranking officers, and changed the wording to whether a serious incident ‘may’ occur rather than ‘will’ occur.

It further allowed Section 60 orders to be in place for a longer period of time. But as the Network for Police Monitoring (Netpol) highlighted, the government hasn’t even published the results of the pilot:

Seems like a good time to re-share this thing I wrote about Section 60 in 2019. Spoiler: it’s anything but “kind and loving”…Section 60 Stop and Search: a disproportionate and ineffective policing tool https://t.co/IEfKQjhtCl via @bindmansllp

Johnson’s proposals also seemed to be more about headline grabbing than effective policy:

This is a policy driven by the desire for favourable headlines. I has nothing to do with tackling crime or making people safer. https://t.co/HehSEgUJG2

And as Netpol coordinator Kevin Blowe told The Canary, the plan seems to be more about ‘appeasing’ the police at a time when the government is under fire over police pay:

This is a cynical attempt by the government to appease the police at a time when the Police Federation says it has no confidence in Priti Patel over pay.

It gives the police permission to intensify their use of already racialised and discriminatory stop and search powers and will make a bad situation even worse. It is young Black people who will feel the impact and who the government has thrown under a bus to play politics with policing.

Not only are Johnson’s comments ludicrous, they’re an insult to every person who’s ever experienced the humiliation of being stopped and searched or had to deal with the mental health impacts of being targeted by the police. This is a racist power that should be abolished, not expanded.