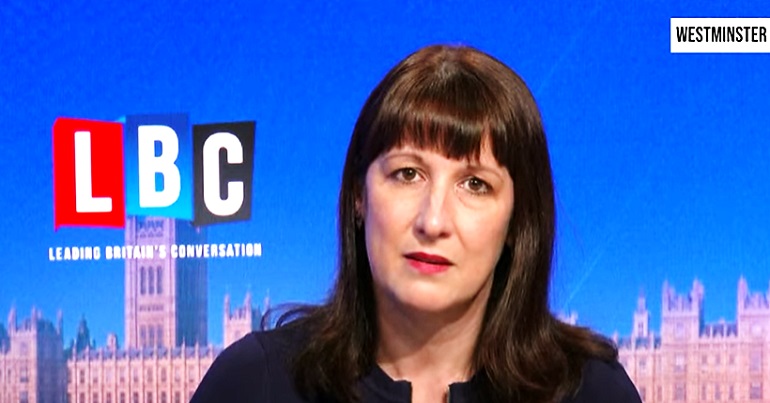 Just to complete the Labour Party’s return to being a capitalist cheerleader, shadow chancellor Rachel Reeves has now thrown public sector workers under the bus. During an interview, she refused to support public sector strikes. Her comments, coupled with her boss’s, show the party is heading further down the right-wing rabbit hole.

Labour: ‘what are strikes?’

Former BBC presenter and right-wing stooge Andrew Marr was interviewing Reeves on LBC on Tuesday 29 March. He asked her if public sector workers were to strike over pay would the Labour Party stand “shoulder-to-shoulder” with them. Reeves said:

Let’s hope that it doesn’t come to that

A bit late, Reeves. As The Canary reported, workers are striking over pay and conditions up and down the UK. So, Marr asked her again. Reeves still refused to answer the question, saying:

I’m not going to jump to those outcomes.

But Reeves’ performance is not out of line with current Labour values.

We are the party of working people; our founding and defining mission.

a Labour government… will be in partnership with business, to create work. Because Labour is the party of work, we always have been.

We don’t want to be seen, and we’re not, [as] the party to represent those who are out of work… Labour are a party of working people, formed for and by working people.

Reeves not supporting public sector strikes is one thing. But Starmer saying that ‘business creates work’ is about as corporate capitalist as it gets.

Firstly, it’s a clear indicator of his, and the party’s, ongoing refusal to support the public ownership of industry and services. Because by saying ‘business creates work’ Starmer is downplaying the state providing public sector jobs.

Secondly, it shows that Starmer is trying to break Labour’s historic link to public sector workers. For example, his refusal to support, and contempt for, Coventry bin workers striking against a Labour council shows where his priorities lie.

Moreover, Starmer’s position is also very obviously anti-socialist in terms of supporting bosses and bourgeoisie politicians as wealth creators, rather than the workers. Interestingly, his idea that bosses and businesses ‘create work’ is also bad capitalist economics: the consumer creates work via consumption, not the business itself. So Starmer can’t seem to even get his capitalism right.

Couple all this with yet another round of proscriptions of left-wing groups, and Labour is pretty much dead as a party of working-class, democratic socialist values, thinking and actions. Anyone who has these values needs to drop Starmer’s party, now. We should be looking beyond Westminster for real, radical politics and social change. Because it’s clear that none of the mainstream parties serve the interests of the majority.