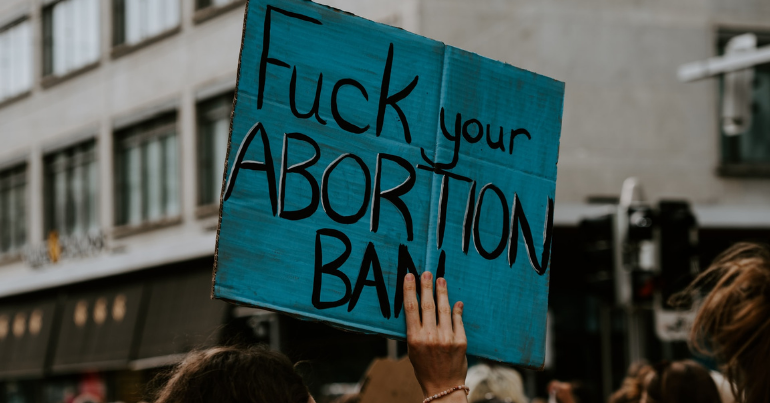 A leak from the US Supreme Court looks set to overturn Roe v Wade. This would overturn a range of abortion rights in the United States. As the Guardian reported:

The draft ruling would allow states to declare abortion illegal.

But one thing is certain, if the leaks come to fruition, as they seem set to, then this is a massive win for white Christian fundamentalists.

War on the poor

Grief and rage have been some of the themes in discussion online.

Human rights attorney Noura Erakat made it clear that a reversal of Roe v Wade would undoubtedly be a war on the poor:

States have steadily restricted access to abortions since Roe v. Wade, which have disproportionately harmed poor women already abandoned by the state- no universal healthcare, no support for childcare, no UBI, etc. – and will be most impacted now. This is a war on the poor.

Organiser K Adetoyin Agbebiyi also pointed out that healthcare is already broadly denied for a lot of people in the US:

"Abortion is healthcare" messaging to me is interesting because its like yeah it is, but also what is healthcare if not something denied to the poorest and sickest?

As many have had to point out in the past, making abortion illegal merely makes abortion unsafe:

Some social media users taking in the news made comparisons to the Taliban. These tweets do not bear repeating.

As Rabbi Danya Ruttenberg pointed out, Christian nationalism plays a central part in the denial of abortion rights:

Don’t you dare make Islamophobic analogies to the Roe news.

This SCOTUS draft is homegrown Christian nationalism, with all the markings of American history at its worst.

Look at the people in that majority. Grapple with that.

Thread with more below.

Senior producer at Al-Jazeera+ Sana Saeed also had a response for those who, inexplicably, tried to drag Muslims into a decision from the US Supreme court:

I see that the “sharia law” takes have arisen again and would like to reshare this 2020 thread on how and why using Islam and Muslims as a default for measuring and defining religious fundamentalism is just bigoted and grossly ahistorical (anti-historical!). https://t.co/iZ861TCDOu

Just a reminder that Judaism not only permits abortions, in many cases it REQUIRES abortions.

So miss me with the Islamophobic "Judeo-Christian values" myth. This is purely evangelical white nationalism.

As Jessica Glenza argued in the Guardian, overturning Roe v Wade is a flagship issue for white evangelical Christians:

The religious right in the US has been laying the foundations of this decisive challenge to abortion rights for years. According to historians and researchers, it has taken decades of political machinations for the campaign to reach this zenith.

In fact, as one Twitter user pointed out, America is built on the use of reproductive rights as a form of violent social control:

We need to talk about reproductive rights as a form of white supremacist and colonial control.
None of these are mutually exclusive.
All of them are a central part of a horrific and long history of violent social control.

America has been built on the forced sterilisation of Black and Brown people as far back as the 1800s. Natasha Lennard reported that:

The assault on reproductive freedom is atrocious for most people, but Black women are more likely to seek abortions, more likely to die from pregnancy-related causes, and more likely to be criminalized & imprisoned for their pregnancy outcomes. Then the state violence spreads.

Liberation is collective. We only get free when we fight for all of us.

Sinead Afford also highlighted the link between anti-trans legislation and the stripping back of rights for pregnant people:

Trans folks have been screaming into the wind about the connections between anti trans legislation and broader attacks in repro rights… and cis folks still didn’t get off the bench. And then, like clock work…

Lawyer Jill Filipovic responded to Breitbart News editor Rebecca Mansour’s extremely dubious claim that it was the American left that was “freaking out”:

Didn't a bunch of pro-lifers commit a bunch of murders and bombings? Don't they regularly stand in front of Planned Parenthood's of the nation harassing young women, yelling at them, and even physically attacking them?

Are you certain you know of your own history? https://t.co/TL9x60NbSw

This is why voting for “the lesser of two evils” still leaves you grappling with evil. The entire system needs an overhaul.

We aren't voting our way out of this violence; local orgs and abortion funds and mutual aid groups have been worth your time and resources far more than these electoral vampires.

The rights of pregnant people to make healthcare decisions about their own bodies are rights that affect poor people, people of colour, trans people, and many more marginalised groups. Voting is demonstrably not going to save the lives of pregnant people, and politicians have shown time and again that they do not care enough to meaningfully resist policies that harm vulnerable people.

We either have justice, rights, and autonomy for all – or we have nothing.