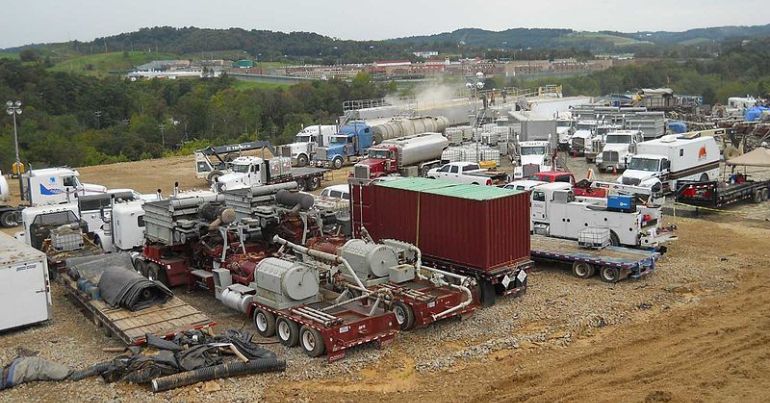 Fracking in the UK could start up again after the new government said it would end a ban. The controversial gas extraction method involved shattering shale formations to pump out gas trapped underground. The move comes after Jacob Rees-Mogg, a climate change sceptic, was appointed as energy minister.

News that the 2019 ban would be lifted came Wednesday night via a Telegraph editor:

Rees-Mogg, who has never run a government department, is an outspoken critic of mainstream climate discourse. Dave Timms from Friends of the Earth said:

Putting someone who recently suggested ‘every last drop’ of oil should be extracted from the North Sea in charge of energy policy is deeply worrying for anyone concerned about the deepening climate emergency, solving the cost-of-living crisis and keeping our fuel bills down for good.

Extracting more fossil fuels is a false solution to the energy crisis. It’s our failure to end our reliance on gas and oil that’s sent energy bills soaring and left us teetering on the brink of catastrophic climate change.

Rees-Mogg is himself an investor in coal and oil and has questioned the key scientific findings on climate change. As he was appointed on 6 September, he pledged to push for growth in his new role:

As Business Secretary my overriding mission is to deliver affordable and plentiful energy to the British people and to make the economy as efficient, innovative and dynamic as possible. This will be the department for growth. https://t.co/4CWFAypjqo

Even some high-profile Tories have questioned the logic of fracking, which in the UK was focused largely on rural areas before the ban. Tory MP Kwasi Kwarteng’s comments on fracking from April 2022 circulated widely following the news:

The fracking ban will be scrapped on Thursday, as per @benrileysmith, with planning requests for new drilling expected within weeks. Yet this is what new chancellor Kwasi Kwarteng wrote on March 6 👇🏼 pic.twitter.com/BJxkRQs1RK

For those that missed it today – Keir Starmer Roasted Kwasi Kwarteng in Parliament, by quoting KK’s past contradictory comments on Fuel Energy. Kwarteng could only sit there looking like a gormless idiot

Jacob Rees-Mogg has been appointed to a critical office at a critical time. The energy crisis, cost of living, and climate crises which are his new brief require a serious, scientifically grounded approach. Yet of all the Tories – and the bar is very low – Rees-Mogg might be the least suited to addressing these critical issues.