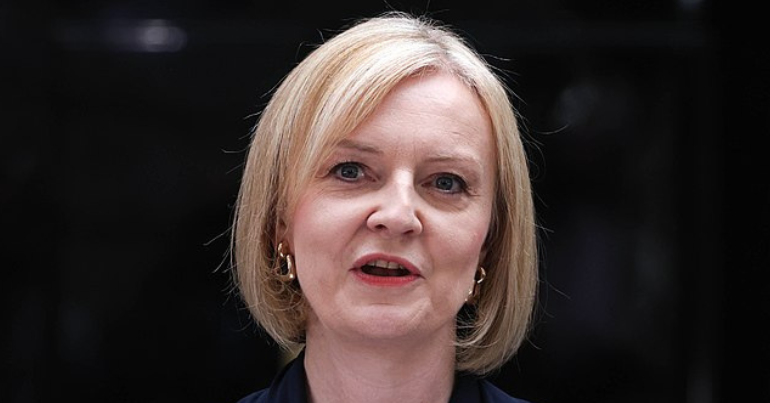 After weeks of faintly disguised dog whistles during the Tory leadership election, Liz Truss is straight out of the gate with her first pointlessly vindictive bit of transphobia. Recently, VICE revealed that two anonymous whistleblowers informed them that Truss was attempting to “pause or prevent” the planned Gender Recognition Reform (Scotland) Bill.

With this reform, a trans person would be able to obtain a gender recognition certificate (GRC) through a self-ID process – a declaration that they intend to live as their acquired gender. This would follow a period of living as their gender for three months, and the GRC would be granted after another three-month “reflection period”.

Under the main pathway of the current system for the whole UK, a trans person has to provide letters from two different doctors or psychologists, including a diagnosis of gender dysphoria. Along with this, they also need one piece of evidence from roughly every three months of the last two years to show that they have been living as their gender.

This process has been criticised as being unnecessarily convoluted and demeaning. Shona Robison, Cabinet Secretary for Social Justice, Housing and Local Government of Scotland, said:

Trans men and women are among the most stigmatised in our society and many find the current system for obtaining a Gender Recognition Certificate to be intrusive, medicalised and bureaucratic.

This Bill does not introduce any new rights for trans people. It is about simplifying and improving the process for a trans person to gain legal recognition, which has been a right for 18 years.

A GRC affects only a trans person’s ability to update their birth certificate, get married, and die without being misgendered. Scotland’s proposed bill would simply make it easier to obtain the certificate.

The modesty of the proposed reform makes it all the more galling that Truss is attempting to prevent it. One whistleblower told VICE that they were:

concerned that all of Scotland’s great trans equality work will be undone when Liz Truss steps into Number Ten.

Scotland is already steps ahead of the rest of the UK on trans rights. For example, Holyrood’s equal opportunities committee voted to remove the spousal veto on gender recognition back in 2014. This formerly allowed a trans person’s spouse to block their receipt of a GRC. It is deeply disappointing that Truss would seek to hamper further steps to advance trans equality north of the border.

On Twitter, the Scottish Trans Alliance laid out further concerns with the news:

That would seriously undermine the devolution settlement that has been in place for more than 20 years as the settled will of people in Scotland. (6/11)

It is certainly true that we are at a volatile time for the union of Scotland and the UK. With a potential re-run of the independence referendum on the horizon, Truss’ heavy-handed meddling in devolved Scottish legislation could go down poorly. This is especially true when the Bill has support from the SNP, Greens, Scottish Labour and the Liberal Democrats – four of Scotland’s five main political parties.

As for Truss’ motivations for this potentially unpopular action, one whistleblower claimed that:

She is furious about what Scotland pushing ahead with this plan could do to women’s rights in the rest of the UK, but she is concerned for Scotland too.

However, it is unclear what these potential ramifications could possibly be. The GRC process is already in place, and the UK already has self-ID for most forms of ID such as passports, driving licences, and even doctor’s records. None of this would change.

Instead, Truss is simply signalling to her transphobic fanbase what her intentions are for her time as PM. She intends to make trans people’s lives that bit harder, to make them feel that bit more unwelcome, even if that involves sticking her oar into Scottish affairs.