From Dismaland to the West Bank - is Banksy a hypocrite? - The Canary 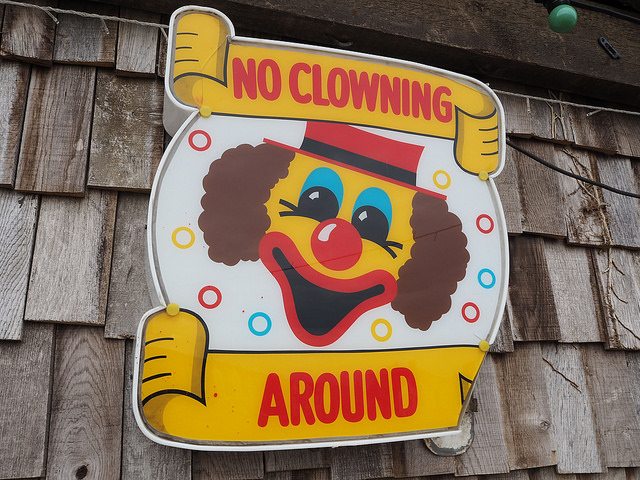 From a satirical film advertising Gaza as a holiday destination, to graffiti pieces on the controversial West Bank wall, the graffiti artist Banksy has created a variety of artworks to highlight the plight of the Palestinians. Yet, from his dystopian themepark Dismaland, to his work on the West Bank wall, he fails to support BDS (boycott, divestment and sanctions), the international campaign to put pressure on Israel to end the illegal occupation.

A statement from Banksy reads that the wall “essentially turns Palestine into the worlds largest open prison” and he reminds readers that the wall is illegal under international law. Banksy’s film shows the destruction of Palestinian homes in Gaza.

Yet, the West Bank artwork is itself a transgression of the cultural boycott of Israel. A Palestinian man told Banksy “we don’t want it to be beautiful, we hate this wall. Go home.” 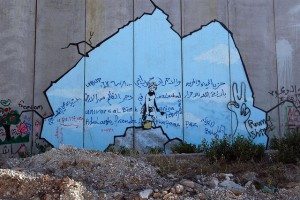 Moreover, Banksy is showcasing the art of three Israeli artists at his mock theme park Dismaland, one of whom served in the IDF (Israeli Defence Forces). While conscription is the default for Israelis over the age of 18, its possible to opt out due to pacifism or political disagreement. Banksy is exhibiting the artwork of someone who was actively enforcing the occupation.

Not only this, but a Palestinian artist was thrown out of Dismaland after protesting in the name of BDS. He lay down like a corpse in front of his own artworks, covering them in a sheet that read ‘RIP Gaza: Boycott Israel’.

BDS is necessary to express international condemnation and isolate Israel, to put an end to a 50 year occupation and the subjugation of the Palestinian people.

The Israeli authorities must have had their Orwellian guidebook to hand when they christened ‘Operation Protective Edge’, the military offensive of July-August last year. It is an effective use of Orwellian doublespeak; to protect is to attack.

Operation Protective Edge was ostensibly a defensive response to rockets fired by Palestinian armed groups in Gaza. However, one must consider the violence within the context of oppressor and oppressed in an illegal Israeli occupation that is at odds with the Geneva Convention and numerous UN resolutions.

The Israeli military has maintained its land, water and air blockade of Gaza, indiscriminately inhibiting the free movement of the 1.8 million inhabitants, along with its exports and imports. Israel has also continued to build illegal, Jewish only settlements across the West Bank. By not complying to BDS, Banksy tacitly accepts this activity.

Palestinians have a legal and moral right to resist. Hamas is considered a terrorist organisation by the US and EU, but Palestine does not have an official army. Israel is operating with the 11th most powerful military in the world, armed to the canines by the US and its allies. In 2014, over 2,300 Palestinians were killed by Israeli forces, more than any other year since 1967. Just 39 Israelis were killed, yet Hamas are disproportionately vilified by the media through the manipulation of language.

Violent resistance from Palestinians is then used as a pretext to further the economic and political subjugation and slaughter of the collective Palestinian people, as with Operation Protective Edge, where, according to Amnesty International the IDF used “disproportionate and indiscriminate attacks on Gaza’s densely populated civilian areas.”

The function of political art is to express injustice better than words, to galvanize the spectator into taking whatever action they can. In this case, the international citizen boycott of Israel. Banksy himself has not supported this, leaving his artwork on the West Bank wall, which he described as “the ultimate holiday destination for graffiti writers”. Sensationalist and ultimately superficial.