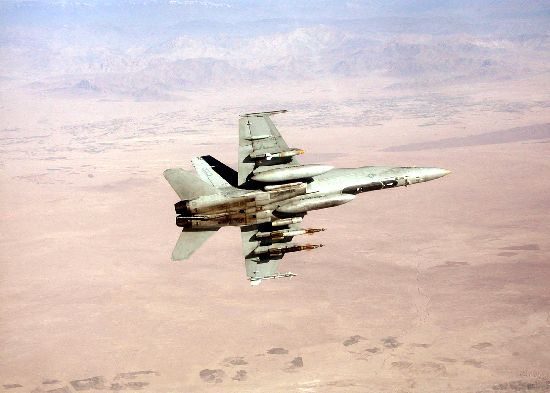 As reported last week in The Canary, the US Military is embroiled in an ongoing controversy over its bomber planes attacking a hospital in the Taliban-held city of Kunduz in Afghanistan on 3 October 2015. We now discover they knew their bombs would hit the hospital, and they dropped them anyway.

In the days that followed, a strange variety of explanations for the attack, every one of them inconsistent with all the others, was fed to the press by high-ranking US officials. The only theme that was fairly constant throughout the different stories given was that the damage done to the hospital, run by Médecins Sans Frontières/Doctors Without Borders*, was incidental and unintended.

Indeed, the implication at certain times was that the hospital ‘just happened to be in the firing line’ during a battle between Taliban fighters and US forces/Afghan security forces. (Precisely which forces were engaged in fighting the Taliban during the attack is another of those details that have been subject to change from version-to-version.)

In the last 48 hours, however, an investigation in Washington by AP News has claimed that US intelligence analysts had been gathering data on the hospital for some days before the air strike, mainly because they had concluded that “it was being used by a Pakistani operative to coordinate Taliban activity”.

This data gathering tallies perfectly with a statement given by MSF in the days after the attack:

The attacks took place despite the fact that MSF had provided the GPS coordinates of the trauma hospital to Coalition and Afghan military and civilian officials as recently as Tuesday, 29 September.

It seems likely that the coordinates had been sent to the Coalition as part of the intelligence-gathering process, so there is now no lingering doubt whatsoever about whether the US Air Force knew precisely, and days in advance, what they were firing at.

That the US forces in Afghanistan could claim that a fire-fight broke out at exactly the hospital on which they ‘just happened to be gathering intelligence’ does sound like a remarkable happenstance. It would be less so, of course, if they could offer up some actual evidence that the hospital really was being used as a military base of some description, as there would then be a reason for the battle to take place there.

In fact, some intelligence analysts were reportedly satisfied that the strike was justified because they believed that the Pakistani operative they were looking for was killed in the attack. (Alas, that bad old military tendency to think that success with one objective constitutes justification for an entire attack rears its unseemly head again.) Unfortunately, that is yet another hypothesis that does not stand up to examination for, in the two weeks since the attack, no evidence has emerged to link the Pakistani militant to the hospital. Nor has evidence established that he is really dead. And nor has any evidence been found to suggest that any of the victims who died in the attack were Pakistani (MSF have stated that all the hospital staff who were killed or injured were Afghanis).

MSF’s Meinie Nicolai, meanwhile, was not going to play along with the US Military chiefs’ game of word-mincing when she heard the new details emerging from the AP’s investigation:

This would amount to a premeditated massacre.

It looks increasingly like Nicolai is right. The US Air Force was unhesitatingly prepared to gamble with dozens of innocent lives to explore (violently) what appears to be little more than a hunch. As an eyewitness account of the attack on the MSF website makes harrowingly clear, the risk wildly exceeded any ‘prize’ that might have been won, and caused such devastating pain and suffering that, even if the Pakistani operative in question really had been there, the air strike still could not possibly have been justified. The likelihood that he was not there only serves to add futility to atrocity.

Yesterday, as if to compound the massacre with a display of brazen machismo, a US tank was actually sent crashing into the hospital site, supposedly carrying investigators through dangerous enemy territory to survey the damage. While protecting the investigators was undoubtedly necessary, the US Military again showed a stunning lack of respect for or sensitivity towards MSF property (and even dignity) in the aftermath of a traumatic event. As MSF officially stated of the tank’s unsolicited arrival:

The only phenomenon more frightening than a bludgeoner is a blundering bludgeoner. It gives us the worst horrors of both violence and ineptitude, and when they are put together, innocent people almost always suffer and die.

* Please note that MSF has launched an online petition calling for a properly independent investigation into the attack, to be completely free of interference from the US Military. If you would like to add your signature to this petition, please click here.