It was a bad week for freedom of speech in the UK, here's what you missed - Canary 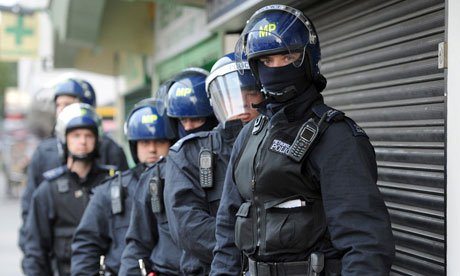 Theresa May has announced a host of measures to tackle the “unprecedented threat” she believes we face from “extremism.” These include creating a register of all those convicted of extremism or terrorism offences, similar to the system used for sex offenders, meaning those included will automatically be banned from working with children or vulnerable people. The proposals will also look at how extremists can be prevented from working for all public bodies and charities.

However, as discussed previously, Theresa May is reluctant to define the term extremism, and if you’ve ever considered taking any political action outside of the law, no matter how minor the infringement, you could be included. In other words, it is possible you could be arrested for blocking the road at a protest, be convicted of highway obstruction – an offence so insignificant it doesn’t show up on a DBS check – but still be on the register because you have a conviction for “extremism”.

This may sound like scaremongering. However, it’s important to look at how far the state is prepared to go in silencing and repressing dissent. This week, Dr Jiang, a survivor of Tiananmen Square, was “brutally manhandled” for holding up two signs and standing in the road attempting to block the motorcade of Chinese Premier, Xi Jinping. Following his arrest, he was detained overnight, his home was raided and  his computer seized. His wife stated:

The police here in the UK are now doing the same things as in China.

Also, this week, Class War activist, Lisa Mckenzie, was acquitted of joint enterprise to commit criminal damage with “persons unknown” after a sticker was put on a building during a “poor doors” protest. The police and Crown Prosecution Service, unable to find any evidence to convict her of an offence, attempted to convict her of the actions of others. At the trial, it was clear she had been targeted because of profiling by the police. Ms Mckenzie stated:

Asked about the government’s proposals, Kevin Blowe from the Network for Police Monitoring said the new legislation would give the police “even wider powers to disrupt any group labelled as ‘extremist'”. He further commented:

The new proposals will result in intensive, intrusive surveillance on anyone targeted as an ‘organiser’. It is not difficult to see the impact this would have on many people’s willingness to plan or participate in organised dissent or the threat this poses to freedoms of expression and assembly.

The proposals on vetting public sector and charity workers have massive implications. Many people engaged in campaigns for social justice of one form or another work in the charity and public sector because they genuinely care and want to do a job where they can make a difference to people’s lives. Moreover, these are exactly the sort of people we should want doing these jobs.

There has to be opposition to this bill. A broad and united campaign is needed across everyone affected and everyone who cares about freedom of speech in this country. We do face an unprecedented threat from extremists, but the threat is from those who sit on the front benches of parliament who are determined to destroy our fundamental rights. It is time for everyone to question the sort of society they want to live in, and start taking action before the freedoms we take for granted are snatched away.