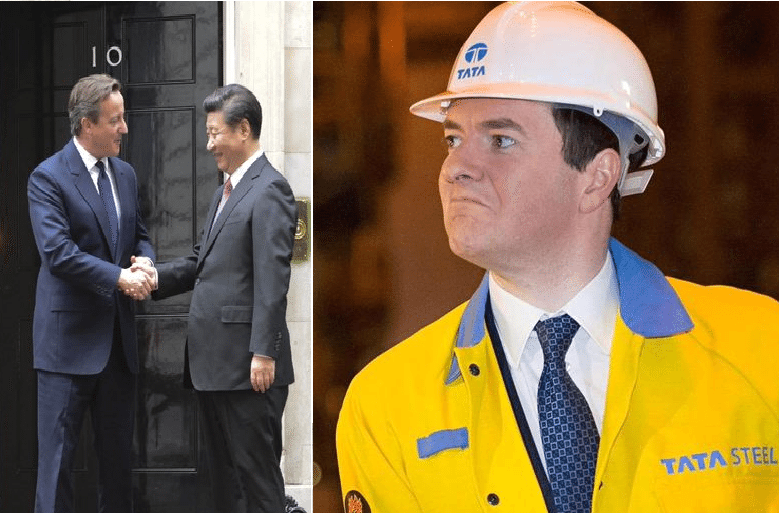 George Osborne has offered £11.8bn in railway construction contracts to the Chinese, while our steel industry is facing a crisis. The planned High Speed 2 (HS2) rail link will connect London, Leeds, Birmingham and Manchester.

The UK steel industry is in trouble: 2,200 jobs have been lost in Redcar after the closing of SSI, and a further 1,200 were lost at Tata Steel. One in six steel jobs is now at risk. A big problem is that our steel industry cannot compete with China, which has been steel ‘dumping’, or overproducing steel and then selling it off at a loss, because of sluggish domestic demand.

With HS2, British jobs for British infrastructure seems like a fair policy, when so many are at risk in the steel industry. Especially as China maintains an authoritarian one-party state, placing arbitrary restrictions on expression, assembly, association and religion, while outlawing independent labour unions and human rights organisations. This is coupled with a terrible human rights record, which Jeremy Corbyn raised during Xi Jinping’s recent visit. Then again, the Tories haven’t been showing much care for democracy or human rights here in the UK. 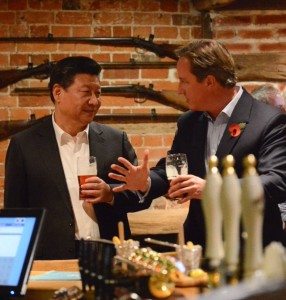 So, why are the Conservatives so eager for Chinese investment?

Well for one, they want to strengthen links to the newly created Asian Infrastructure Investment Bank (AIIB). This investment bank differs from the World Bank as it puts China at the foreground rather than the US. The Conservatives want to cosy up to this new economic power, despite frowns from the White House. Additionally, the HS2 contract offers come alongside China taking a one-third stake in a £24bn nuclear power station to be built in Hinkley Point. If HS2 is to deliver its goal of 250mph it will need access to a huge new power source, so perhaps the two sales would complement each other.

The Tories should stop grovelling to the Chinese and start considering their own domestic problems. The Italian government has supported one of its steel plants with an €100m (£74m) subsidy, yet our government maintains that its hands are tied. How can Osborne speak of a northern powerhouse while letting key industry jobs fall in Redcar?

This is not the first time the government has hung our steel industry out to dry. In 2012 a £790m contract for 37,000 tonnes of steel was awarded solely to Chinese and European firms.

The steel crisis today could have knock on effects for the wider economy, with industry experts warning that the resurgent automotive sector could suffer a major setback as a result. The automotive sector relies on high quality – rather than cheap Chinese – steel. The crisis also puts small businesses who rely on two or three major UK steel contracts at risk of collapse. The HS2 contracts are an opportunity to squeeze some much needed life back into our steel industry, help curb further economic repercussions and create jobs.

Sign this petition to call on David Cameron to take action.