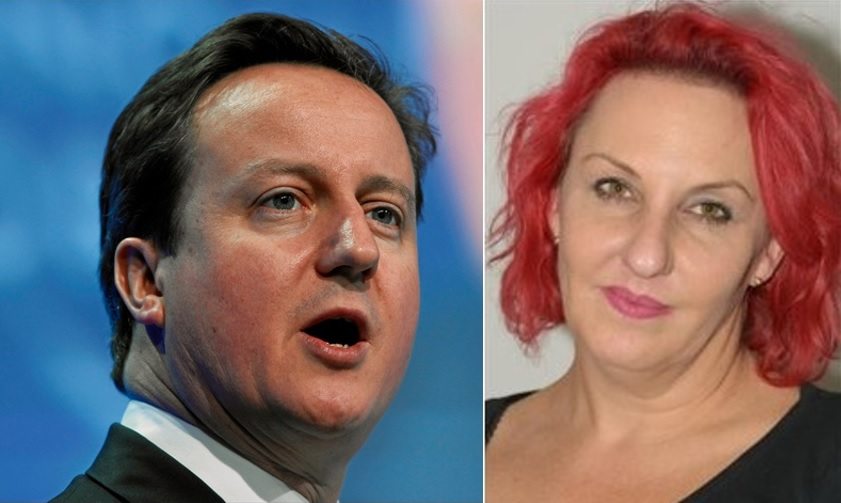 The Crown Prosecution Service (CPS) just attempted to prosecute a woman over a sticker placed on a window, even though she didn’t put the sticker there herself – in a bid to all but outlaw peaceful protest in Britain.

It all started with a protest about ‘poor doors’. When Dr Lisa McKenzie, a research fellow at the London School of Economics, heard that a block of luxury flats had installed separate entrances for its less wealthy tenants, she was pretty disgusted. To her, segregated entrances smacked of the kind of unequal, class-based society of which she wanted no part. So she attended a protest about it. During that protest, someone put a small sticker on the window of one of the flats.

Two weeks later, the CPS charged Dr McKenzie with criminal damage, claiming that the sticker caused £50 of damage – although this £50 was entirely hypothetical as a builder had simply pulled the sticker off the window. Furthermore, they had no evidence that Dr McKenzie actually put the sticker on the window either. Instead, they sought to use ‘joint enterprise’ – a law put in place to deal with drug and gang offences – to try her.

Through the course of the trial, it became clear that the reason Dr McKenzie was being tried was because police had profiled her. Using footage taken from similar events and protests she had attended, police were able to identify her by name. She had been placed on a watch-list and discussed at police briefings. So when this stickering happened, and they could not identify the culprit, they sought to try her instead. As Dr Mckenzie told the Guardian:

You can read more about the tactics of the police’s Forward Intelligence Teams who are involved in the surveilling and profiling of protesters at the FITwatch website.

Joint Enterprise is legal doctrine applied mostly to deal with drug and gang violence. It allows more than one person to be tried for the same crime if they are found to share a common purpose. Unlike conspiracy which serves as a separate offence to the main crime with a generally lower sentence, joint enterprise means all those charged are sentenced for the crime itself.

However, the Justice Select Committee has repeatedly called on this law to be reviewed amid claims of widespread miscarriages of justice – with people receiving life sentences for murder while bearing only the most tenuous connection to the crime. Sir Alan Beith MP, chairman of the committee said:

We are particularly concerned about joint enterprise in murder cases.

The mandatory life sentence for murder means that an individual can be convicted and given a life sentence without the prosecution having to demonstrate that they had any intention of murder or serious bodily harm being committed, and where their involvement in a murder committed by someone else was minor and peripheral.

Rather than reviewing the law, the CPS is seeking to expand its use to anyone attending a protest or demonstration. In short, if anyone on a protest commits a crime, anyone on the protest can be charged with that crime.

As Dr McKenzie’s barrister, Ian Brownhill, told the Guardian. Her case is “dangerous because, in terms of joint enterprise, if you are joined together in a single purpose – of course you are, in a large demonstration – and part of it turns disorderly, then they can try and hold you responsible”. He added:

What they have done in this case is they have picked out Lisa and said Lisa is responsible for everything that crowd of protesters has done.

This constitutes a chilling threat to anyone planning to exercise their right to peaceful protest.

Why should you care?

This test by the CPS failed, because the judge threw out the case. But there is little doubt they will try again. We know this because of how they re-purposed Injunctions to Prevent Nuisance and Annoyance.

In 2012, Beth Tichbourne, a teacher of disabled children called out “You have blood on your hands!” as David Cameron turned on the Christmas lights in Witney. She was convicted of “using threatening words or behaviour to cause harassment, alarm or distress” and ordered her to pay a £225 fine, a victim surcharge of £22 and to make a contribution of £500 towards court costs.

“I am really quite shocked and quite sad” she said at the time. “I had a placard that said Cameron has got blood on his hands and shouted disabled people are dying because of Cameron’s policies.

“The judge said stuff in his verdict that made it very clear it was political, like he couldn’t think of anything more insulting or offensive.”

These cases, set against the backdrop of ever-decreasing civil liberties, should give us all pause. At a time when protest is ever more relevant, the government is taking the approach of dictatorial regimes rather than democracies. Instead of seeking to quell dissent by resolving the socio-economic issues that drive people to protest, they are criminalising protest itself.

Watch my interview with RT on the story below: