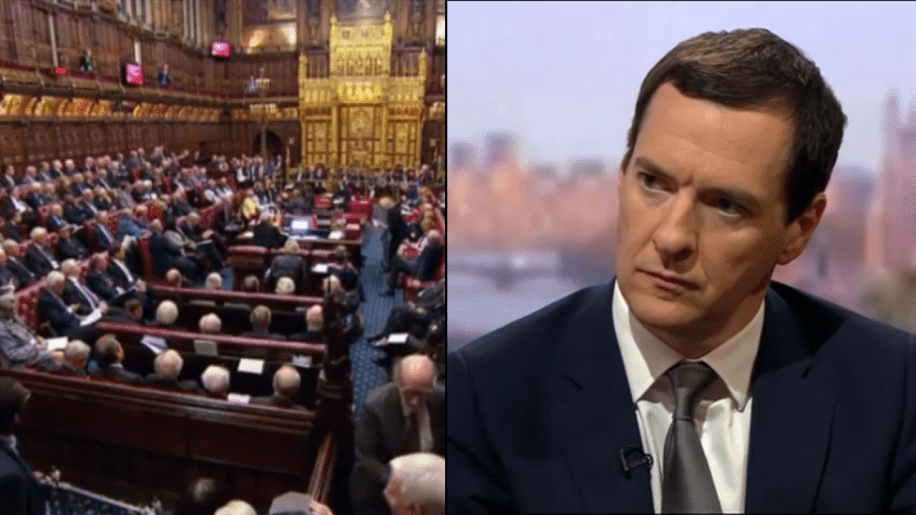 In a move that raises serious questions over the authority of David Cameron’s government, the House of Lords has twice voted against the plan to cut tax credits next April.

Shadow Chancellor, John McDonnell said it was “about fairness”, pointing out that George Osborne is continuing to pursue a programme of tax breaks for the wealthiest and that voters weren’t told before the general election that tax credits would be changed, potentially costing some people well over £1,000 a year.

A motion by crossbencher Baroness Meacher, calling for the cut to be delayed pending an impact assessment, was carried by 307 votes to 277. This is significant but not entirely unexpected. However, a more strident motion demanding agreement on a three year package of transitional financial help, tabled by Labour’s Baroness Hollis, was also passed, 289 to 272.

Some in the House of Commons are getting a bit shirty about being overruled by the Lords, but playing the democracy card seems a bit hollow given that the Conservatives weren’t elected on a tax credit-cutting platform.

Edward Leigh in Commons: not for 100 years has HoL defied this elected House, demands statement to protect rights of elected representatives

George Osborne, seen as the prime mover behind the unpopular policy, is trying to make the constitutional issue into the big story but there seems to be a conciliatory note entering his tone on tax credits. Perhaps he’s realising just how far adrift of public opinion he’s been on this topic, although the message has been pretty clear from both Tory and Labour voters and even some of his own MPs. There has been talk of a “Poll Tax moment” and certainly these events will have dented both the immediate plans of the government and perhaps the longer-term ambitions of its chancellor.