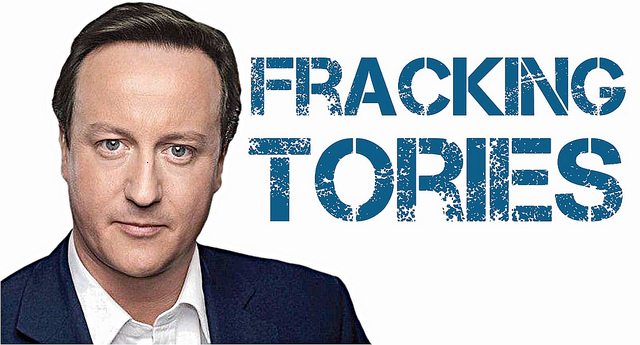 The Tories are back-tracking on another promise – that of banning fracking in national parks, Sites of Special Scientific Interest (SSSIs) and areas of outstanding natural beauty. They are attempting to overrule legislation passed in January and trying to sidestep parliamentary debate in the process.

In January the government, under pressure from the public and MPs, halted its plans to fast-track fracking by accepting Labour proposals to tighten environmental regulations. Amber Rudd, then Minister for the Department of Energy & Climate Change, made a public commitment to an outright ban on fracking in national parks, SSSIs and areas of outstanding natural beauty.

Labour’s amendments to the Infrastructure Bill banned fracking in national parks, areas of outstanding natural beauty and areas where drinking water is collected. A Guardian analysis revealed that about 40% of the land available for future shale gas drilling – 60% of England – would have been ruled out by the restrictions.

Labour, however, abstained from voting on a moratorium on shale gas exploration, which was then defeated, and did not oppose the change to trespass laws, which allow fracking under people’s homes without their permission.

Under the proposed regulations, fracking would still be excluded from national parks, areas of outstanding natural beauty, the Broads and World Heritage Sites, but shale companies would be allowed to put a rig outside a national park and drill horizontally underneath it. Labour MPs Lisa Nandy and Kerry McCarthy, however, claim that the proposed regulations “are so contradictory, they risk potentially permitting fracking within and from the surface of these protected areas too.”

SSSIs and conservation areas for wildlife and plants would receive no protection, and fracking would also be allowed under protected groundwater source areas.

The 18 members of the committee include 10 conservatives. One of these is Paul Maynard, one of the energy secretary’s advisors whose local association received a £5,000 donation in June from Addison Projects, an engineering company that is set to benefit from fracking.

According to Greenpeace, none of the MPs on the committee are likely to see shale drilling near national parks or areas of outstanding natural beauty in their own constituencies.

If the new regulations go through, the ground is set for the Tories to be ready to “go all out for shale” yet again.

To take action against fracking, check out No Dash for Gas.