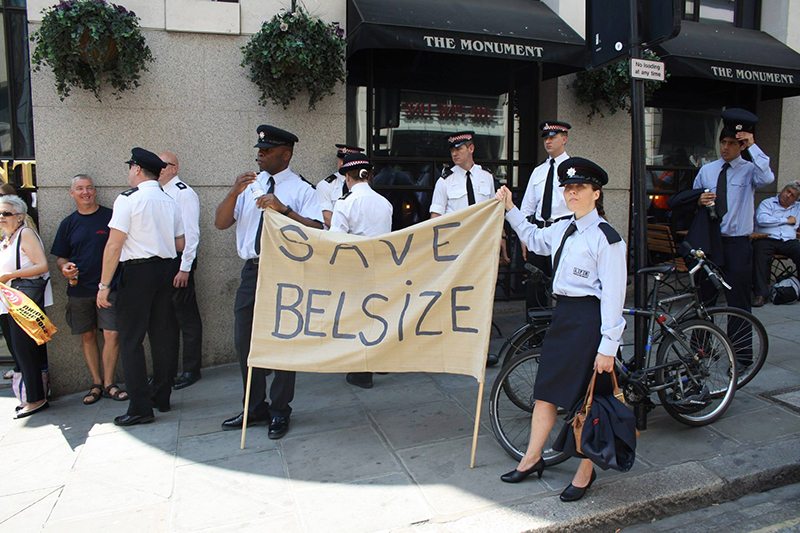 Austerity kills. No matter how it is dressed up. Cutting budgets to public services leads to people suffering and in some tragic cases, dying.

This harsh lesson being learned by families across the UK was brought home again this week when an 80-year-old pensioner fell, or jumped, to his death from the third floor window of Ashton Court, a sheltered housing centre on Camden Road, London, following a fire.

Multiple calls were made to London Fire Brigade but they were unable to attend for 13 minutes, more than twice the target attendance time, as firefighters were stretched at another incident on Finchley Road that they had been battling for 60 hours. An investigation is underway, but the Fire Brigades Union (FBU) has been quick to remind the public they warned of incidents like this occurring if station closures planned by Boris Johnson went ahead. Regional Secretary for London FBU said:

Boris Johnson has got serious questions to answer after this tragedy. Last year, he forced through massive cuts in the London Fire Brigade, and we warned him that it would lead to longer response times and jeopardise public safety. It is not nice to be proved right.

His cuts meant that the brigade’s response to this incident was severely delayed. Closing fire stations and slashing firefighter jobs costs lives. It is scandalous that the safety of Londoners is being sacrificed because of the mayor’s fixation with cost-cutting. Last year alone, 600 frontline firefighter jobs were slashed.

In January 2014, Boris Johnson forced through a decision to close 10 fire stations in London, despite opposition and resistance from the London Fire Authority. These closures included Belsize, the nearest station to the incident that claimed the life of the unamed pensioner. These station closures have weakened the operational resilience of fire crews in London.

This is not the first incident since the station closures in which the reduction in resources have been blamed for a Londoner’s death.

On 23 February 2014, just weeks after the forced station closures, a fire in an apartment eventually claimed the life of Maurice Cunliffe, who died four days later in hospital. Early pointers hinted that Maurice Cunliffe did not have a working smoke alarm, contributing to the outcome. Although fire does not discriminate, it does disproportionately affect the poor and elderly, as they tend to have less mobility and are likely to have less disposable income to cover the cost of simple maintenance of utilities. Fire development happens extremely fast. Every second counts in an emergency situation.

Not an isolated occurance

The lessons from reduction of frontline services is not being learned. The issues affecting Londoners are now common place across the UK as budgets are squeezed and fire stations are closed, or crew size and fire engine numbers are reduced as a result. The latest battle ground being Leicestershire, where one-third of operational resources are set to be axed. Opposition to these cuts are being led staunchly by local FBU officials. Gavin Lynch, Chair of Leicestershire FBU said:

There is no doubt that cuts like these will have a huge impact on the safety of the public. Firefighters will take longer to get to emergencies and may not have all the equipment necessary to carry out a rescue. In an emergency, every minute counts. Lives will be lost if firefighters have to wait around for a second or third fire engine to arrive with the correct equipment. These proposals are not fit for purpose.

These fresh cuts come on the back of previous funding reductions made last April. At this point it feels like our vital, life-saving public service has not only been cut to the bone, but sawed off without anaesthetic.

Fire development happens at an astonishing rate, but it should be remembered that firefighters do not just respond to fires. In 2014, firefighters made over 38,000 rescues across the UK (that’s over 100 people a day) from all manner of incidents – that is one rescue for every firefighter currently in operation in the UK. The scale of cuts being proposed should be a cause of great concern for all as it poses great risk to both the public and firefighters. The upcoming comprehensive spending review suggests further cuts to frontline services.

If you want to voice your concerns against cuts to these services, you can do so by lobbying your MP here.