Is maturity really Corbyn’s best defence in parliament? - The Canary 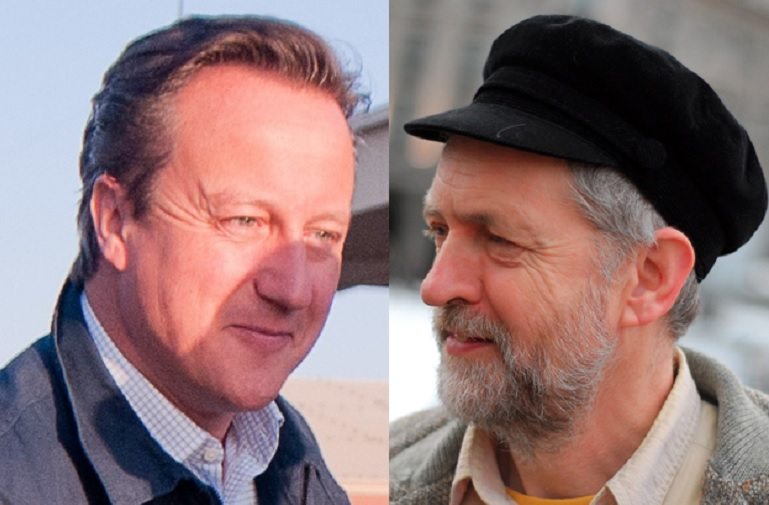 Amazingly, Jeremy Corbyn is keeping up his focused and respectful approach to prime minister’s questions. With David Cameron doing his best to misdirect the public and slander his opponents, the temptation for the Labour leader must surely be to respond defensively. Corbyn, however, continues to take the high ground.

But is maturity really the best way for Labour to go?

Some say that focusing on the key political issues of the day rather than responding to Cameron’s deceitful rhetoric is letting the prime minister off the hook. Others say that Corbyn’s failure to challenge the Conservative leader’s polished PR spiel is allowing the government to plant deep-seated doubts in the minds of the public.

However, will Cameron not eventually tire of insults and diversion tactics if Corbyn’s direct questions keep coming? Will the public not see him as arrogant and hard-hearted for failing to give appropriate answers to these genuinely important political questions?

Corbyn does indeed need to defend himself, his policies, and his team, but his focus in prime minister’s questions on the real issues affecting British workers may be the best and most appropriate way to use the event. In fact, it seems now that Cameron is feeling the pressure, with him grumbling on Wednesday about how the session was:

getting longer and longer

‘This isn’t about entertainment’

According to The Independent, “Conservative backbench MPs chose to concede the session to Corbyn” on Wednesday by constantly yelling and interrupting the Labour leader’s questions, and disgracing themselves in the process. Corbyn’s response to the jeering Tories was very poignant:

This is not funny for people who are desperately worried about what’s gonna happen next April.

While the prime minister did give some serious answers to Corbyn’s questions, he clearly sought to take the public’s focus away from the bigger picture, and for good reason – many think Corbyn’s concerns are warranted.

Full Fact, for instance, backed up Corbyn’s words about the state of the NHS by asserting that hospitals are simply “not in good financial health”. While the waiting list for patients has risen, it insists:

the deficit is expected to be even higher this year, with some forecasting a total deficit for trusts of £2 billion or more.

The prime minister keeps arguing, meanwhile, that Conservatives have brought stability to the economy. According to Open University economics lecturer Alan Shipman, however, Britain has seen its “longest fall in real wages for more than a century”, along with insufficient investment, a rise in the external payments deficit, and:

a spread of low-paid and insecure jobs.

And although Cameron has consistently sought to convince the public that the British economy would be unstable if Corbyn’s team gained power, that assessment is criticised by well-known economists. Nobel Prize-winning economics professor Paul Krugman, for example, has argued that “the whole austerian ideology is based on fantasy economics”, and that its negative effects on society are simply unjustified. Meanwhile, he says, those opposing austerity are:

basing their views on the best evidence from modern macroeconomic theory and evidence.

Furthermore, dozens of economics experts wrote during the Labour leadership campaign that:

opposition to austerity is actually mainstream economics, even backed by the conservative IMF.

For these reasons and more, it is completely necessary for Corbyn to keep hammering home the important political points in prime minister’s questions rather than responding to Cameron’s deceptive rhetoric.

Of course, Corbyn should take pains to avoid repeatedly falling into Cameron’s trap, but the general public could also call out the prime minister’s for his attempts to slander the opposition.

For example, the Conservative leader’s most popular jab on Wednesday seemed to be his comment about the supposedly far-left nature of new members of Corbyn’s team, which suggested that Seamus Milne was a Stalinist, Andrew Fisher was a Trotskyist, and Thomas Piketty was a ‘communist’.

The attack on Milne was probably based on very questionable articles in the media recently about his political tendencies (see Politico). In reality, even Conservative MEP Daniel Hannan has insisted that, during his time as editor of The Guardian’s comment pages, Milne created:

the most thought-provoking opinion section in Britain.

The Trotskyist label applied to Andrew Fisher was likely due to his colourful words regarding right-wing Labour members (see The Independent). He has been very vocal with his opinions about certain policies and individuals within the Labour party – leading, in fact, to his suspension this week over a controversial tweet. Nonetheless, when our national rags constantly suggest that Labour MPs are organising a mutiny against Corbyn, their smears against his chosen advisers must also be viewed with great caution.

The most dubious of Cameron’s claims, meanwhile, was regarding Piketty. The French economist, who is on Corbyn’s economic advisory panel along with former Bank of England member Danny Blanchflower and Nobel Prize winner Joseph Stiglitz, has sparked an “intellectual sensation” in recent years according to The New Statesman, which calls his book Capital in the 21st Century:

the most remarkable work of economics in recent years, if not decades

In other words, the figures mentioned by Cameron are quite the opposite of the gulag-style images that the prime minister was surely trying to create in the minds of the public.

The best response to abuse

As Dr Neel Burton has suggested, there are a number of elements to consider when dealing with insults. A clever put-down, for example:

tends to equalize us with our insulter, raising him up to our level and bringing us down to his

At the same time, Burton asserts, responding in this way tends to give credibility to the insult.

If we take offense and react accordingly, we simply dig ourselves into a hole, whilst presenting a partial victory to our insulter. Alternatively, we have the option of applying a humorous or self-deprecating response, but this requires very quick thinking and a lot of wit.

What we are left with, then, is precisely the tactic that Corbyn seems to use – ignoring the insult. Apart from being easier, this is actually more powerful too, says Burton, as it suggests that the insulter and their comments are too insignificant for offence to be taken and for a response to be given.

In other words, Corbyn should keep up his mature, focused approach to prime minister’s questions, however tempting it may be to strike back at Cameron’s slurs. But when it comes to the important political issues of the day, he must continue to step up his informed offensive on the governing elites. For as he suggested on Wednesday, poverty and injustice are no laughing matter.