These communities have resorted to crowdfunding their own police forces - Canary 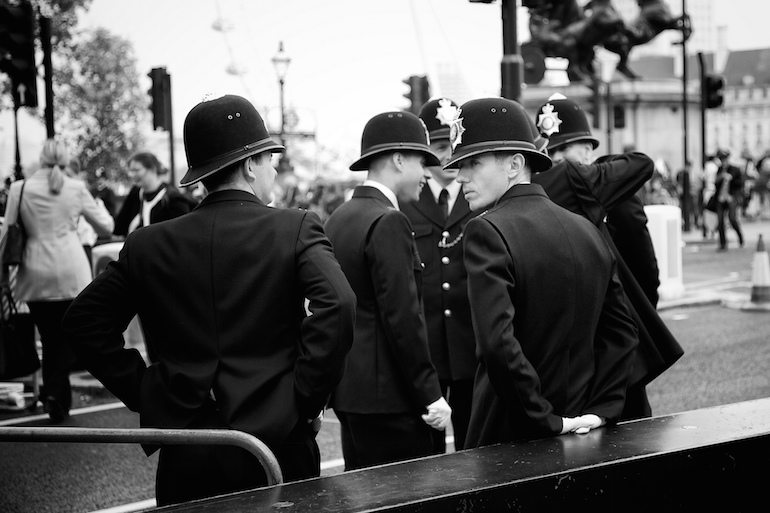 News that Hampstead residents have crowdfunded £180,000 to pay for extra police officers has prompted Britain’s most senior police officer to ask: “do we only provide extra policing to those who can afford it?”

Within four weeks of launching her crowdfunding campaign in late September, Hampstead solicitor Jessica Learmond-Criqui had raised £180,000 – almost enough to put five extra police officers and one sergeant on the streets of Hampstead for a year.

She aims to raise £600,000 to fund the extra police posts for three years.

Government cuts in policing, she says, have caused a “breakdown of basic contract between citizen and state”. So, 18 months after Hampstead police station closed, Learmond-Criqui took matters into her own hands.

She doesn’t think she will be the only one:

I have no doubt that when other communities, wealthy or otherwise, understand that they can do the same, they will do so. They will have no choice but to do so as the government seems undeterred in their rush to close down the police force in this country.

Meanwhile, in Essex, some residents have gone even further. 400 people living in Frinton-on-Sea are each paying a private security firm £100 a year to patrol their streets at night.

While these officers have no more powers than any ordinary citizen (yet – Beardsley is applying for special accreditation which would give them extra powers), they patrol the streets in cars that resemble police cars.

[T]here is no getting away from it, private security will be part of the norm in years to come.

Police budget cuts have slashed officer numbers in England and Wales by 17,000 over the past five years – the majority of them frontline officers. And a further 22,000 officers are likely to lose their jobs in the next five years, according to a recent independent analysis for Labour.

Police chiefs have warned that cuts will put the public at risk. Some residents of Frinton and Hampstead clearly share this fear.

Hampstead and Frinton-on-Sea have something in common, besides police station closures. Both are home to some very wealthy people. The Hampstead postcode is among the ten most expensive in the UK, and Frinton has what resident Paul Bartholomew-Keen describes as: “a lot of expensive property… that belongs to ex-bankers, city workers and retired civil servants”.

As well as a fear of crime, the residents of Hampstead and Frinton-on-Sea have the means to do something about it.

But what about those parts of the UK that can’t raise the funds to top up their police forces?

You have to be a little careful. For two reasons. The smaller the number of people involved the more the risk there is of a potential conflict of interest (over policing). Secondly, do we only provide extra policing to those who can afford it? And I am intuitively against that. I would be concerned if only the people who can afford more are those who receive it.