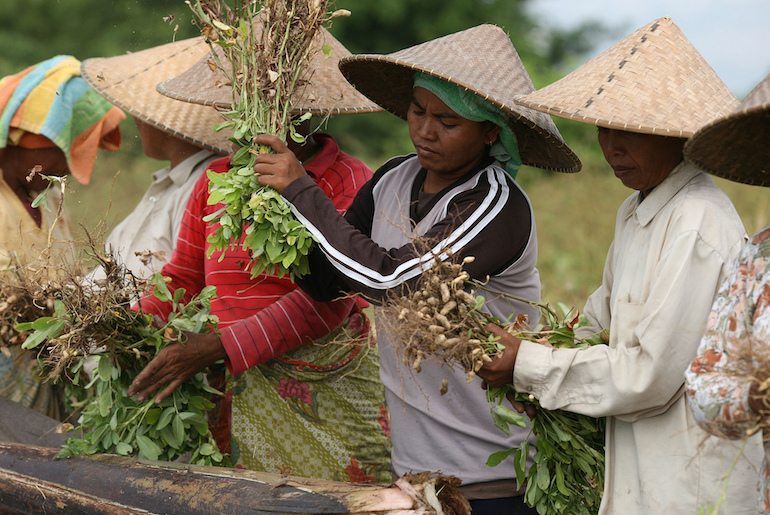 World leaders have their work cut out for them at the climate negotiations this month if they want to save 100 million people from plunging back into poverty. A new report from the World Bank suggests that the poorest and most vulnerable people are at highest risk of the effects of climate change, and suggests development needs to take climate change into account to protect them.

The report, Shock Waves: Managing the Impacts of Climate Change on Poverty, links climate change mitigation and poverty eradication. It talks about “shocks” that affect the world’s poorest people – such as natural disasters that lead to soaring food prices and epidemics – and suggests development must be climate-focused to limit them.

Poverty has fallen dramatically over the last few decades, from 36% of the world’s people living in poverty in 1991 to 10% today. But according to the report, the increasing risks climate change brings could slow down or even reverse this progress. The report says:

Climate-related shocks also affect those who are not poor but remain vulnerable and can drag them into poverty – for example, when a flood destroys a microenterprise, a drought decimates a herd, or contaminated water makes a child sick.

The good news is that if we focus our efforts on speeding up development and integrating it with climate change mitigation, the impact of climate-related shocks on poverty could be mostly avoided. John Roome, Senior Director for Climate Change at the World Bank Group, explained:

We have the ability to end extreme poverty even in the face of climate change, but to succeed, climate considerations will need to be integrated into development work. And we will need to act fast, because as climate impacts increase, so will the difficulty and cost of eradicating poverty.

The report combines the results of household surveys from 90 countries with information on the impact climate change has on floods, food prices, diseases and other factors influencing poverty. It sets out scenarios we may see between now and 2030, and puts forward suggestions for reducing the impact of climate change on poverty.

The biggest impact is likely to be felt in the agricultural sector, with damaged and failing crops leading to hikes in food prices – a big problem in countries like sub-Saharan Africa, where around 60% of household income is already spent on food.

It also calls on policy makers to ensure that emissions policies “protect the poor,” saying:

World leaders will meet in Paris at the end of the month, to set climate targets at the COP21 negotiations. While the pressure is on to toughen the targets, the World Bank report makes it clear that they also need to be approached with development in mind.

Today’s biggest challenges can no longer be approached as individual problems; to tackle poverty and climate change, policy and development must address them together. If not, 100 million people could be at risk of falling back into poverty.