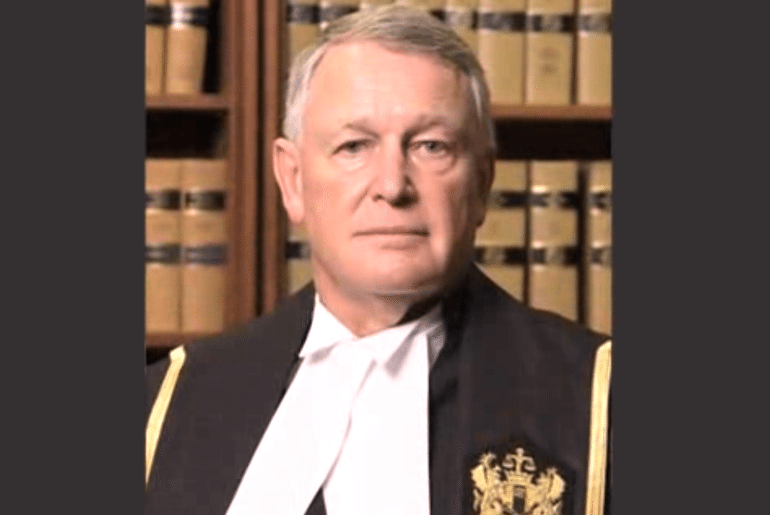 Justice Robin Camp also mistakenly called the 19 year old alleged rape victim the “defendant”, told her she should have been more careful and wondered “why she allowed the sex to happen”. Then he let the actual defendant walk free, with a warning not to “upset women” in future.

It happened in 2014 – not 1940 – in Canada, just before Justice Camp was promoted from provincial to federal judge. He was presiding over an Alberta trial in which Alexander Scott Wagar stood accused of sexually assaulting a 19 year old homeless woman over a bathroom sink at a party.

The entire trial was so peppered with outrageous comments from the judge that it’s hard to choose the worst of them, but here’s a selection:

Why couldn’t you just keep your knees together?

He implied that “a woman cannot be raped against her will” and said the victim had not explained “why she allowed the sex to happen if she didn’t want it”:

Why didn’t you just sink your bottom down into the basin so he couldn’t penetrate you?

The alleged rapist may have been a little rough, he suggested, but:

Sex and pain sometimes go together [and] that’s not necessarily a bad thing.

And because the complainant – who Camp mistakenly referred to as the “defendant” – was drunk, there was an “onus on her to be more careful”. After all, if she had been genuinely frightened, he asked, wouldn’t she have screamed?

Is there not a possibility that a very unhappy thing happened here? Two young people made love, and somebody came afterwards and poisoned the girl’s mind?

The accused, meanwhile, was allowed to walk free with a warning to him and his friends not to “upset women and get into trouble” in future – for their own sakes:

To protect themselves, they have to be very careful… You’ve got to be really sure that she’s saying yes … so remind yourself every time that you get involved with a girl from now on and tell your friends, okay?

Sanity prevailed and the case was overturned on appeal (it’s now set to be retried). But not before the damage had been done to both the woman in question and, potentially, others agonising over whether to report rapes or to go through the ordeal of a trial in which their stories might be disbelieved, their integrity dragged through the mud and their own behaviour put under more scrutiny than that of their attacker.

The judge, meanwhile, has now been placed under review by the Canadian Judicial Council and will not be assigned new cases involving sexual conduct, according to a statement released on Tuesday. He’s also issued an apology and volunteered to undergo gender sensitivity training.