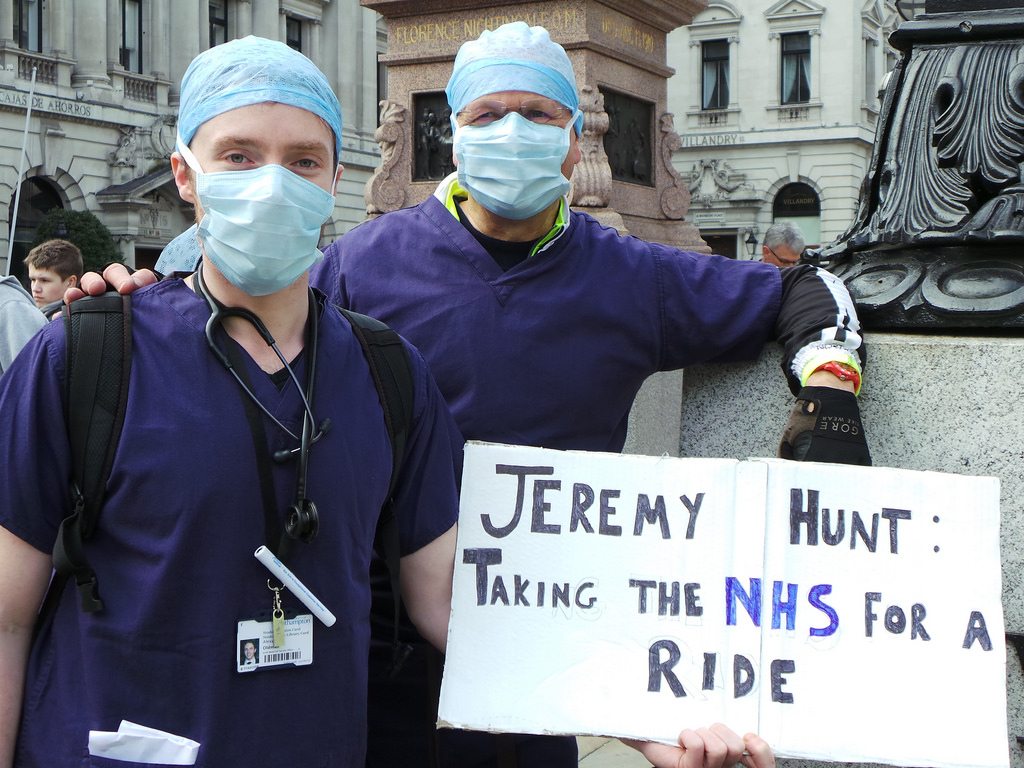 Junior doctors have just announced plans to move towards the first “all out” strike in the history of the NHS.

The proposed strike is a direct response to the Health Secretary Jeremy Hunt’s plans to force a new employment contract onto junior doctors next year. The contract reform is part of the ‘seven-day’ NHS service Mr Hunt aims to roll out across the country in 2016.

A ballot for industrial action from the British Medical Association (BMA) went out to around 30,000 junior doctors, after Mr Hunt’s eleventh hour attempts to water down some of the contract terms were branded “misleading” and unsafe.

Why are they striking?

The contract has been fiercely criticised due to a clause that affects how junior doctors are paid. Recently Hunt announced to the press that he was offering junior doctors a basic pay rise of 11 per cent. However, it soon emerged that the term ‘increase’ was misleading, because the latest offer was actually less than the 15% previously offered by NHS Employers.

Also, the clause does not appreciate the fact that most doctors’ salaries are reliant on additional money from overtime hours, which will be cut. In real terms, news reports have suggested that the changes could slash their salaries by an estimated 26%.

Offset by changes to pay for unsocial hours – devaluing the vital work junior doctors do at evenings and weekends.

The Government is refusing to listen to these concerns and maintains that the new contracts will be implemented from August 2016. However, the BMA has made it clear that it won’t return to the negotiating table until the contract reform is scrapped, and will fight back until their members’ concerns are taken seriously.

The result of the BMA’s ballot will decide whether this strike goes ahead. It closes on Wednesday 18th November at 5pm; the result will be made public on the 19th.

In an email to all members in England, BMA council chair Mark Porter wrote:

We are releasing this information at this early stage because we want to give as much notice as possible. It sounds like an oxymoron when talking about industrial action, but we genuinely want to minimise any disruption to other NHS staff and, above all, to patients. Our dispute is with the Government and our ballot for industrial action is a last resort in the face of their continued intransigence.

Jeremy Hunt is now left with two choices: to properly fund his seven-day NHS, or to tear up his new contract for junior doctors. Either choice would be preferable, both for medics and their patients.