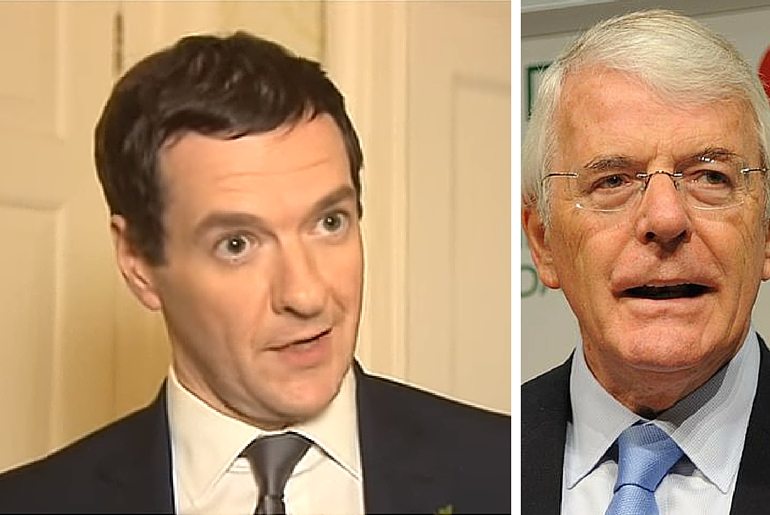 George Osborne’s second term as chancellor of the exchequer has gone from bad to worse. MPs from across the Conservative party, and ex-Tory prime minister, Sir John Major, have damned Osborne’s reforms to the welfare state.

The influential work and pensions select committee, which is controlled by Conservative MPs, has called for a delay in Osborne’s proposed cuts to tax credits.

Frank Field, Labour MP for Birkenhead, who chaired the committee has said:

The proposed changes to tax credits in April 2016 will result in very substantial cuts to the incomes of working families, including many with children.

There is now general agreement that it would be right for the chancellor to rethink reforms that went too far and too fast and may have most impact on those in work and striving to succeed.

The committee was highly critical of the widespread impact that the cuts would have. They bemoaned the fact 3.3 million families would be affected, saying:

The losses will not be spread evenly across affected families. The highest losses, of more than £2,600, will be incurred by families with relatively high gross incomes and circumstances that result in additional support, such as multiple children and childcare costs.

There has also been strong and embarrassing criticism of David Cameron’s conservatism from former Conservative prime minister, Sir John Major, criticism that reflects directly on Osborne. Major slammed the rhetoric frequently used by the Tories:

Let us cast aside a common misconception. Everyone out of work is not an idler.

Everyone in receipt of benefits is not a scrounger.

Major went on to say that the inequality that exists in Britain today is “shocking”. This appeared to be a clear indication that he did not support Osborne’s proposed welfare reforms, which would worsen inequality and poverty.

Major joined another former prime minister, Gordon Brown, in castigating Osborne’s plans. Brown said that Osborne would “undermine everything Britain stands for” and the cuts would result in “one of the biggest poverty problems in the western world”.

These words of condemnation, including from the Tory-controlled select committee and an ex-Tory prime minister, have exposed divisions in the party, and heaped more pressure onto the shoulders of an ever-weakening chancellor. Tim Montgomerie, the Conservative commentator, claimed last week that, were Osborne to go ahead with these plans,

George Osborne is a chancellor beset with problems. He has repeatedly cut taxes for the richest in society in order to cut support for the poorest, in the belief that it will reduce the public sector deficit, but the deficit refuses to close very far. He has been defeated by the privileged Lords over the issue of tax credit cuts. Now it appears that he is also losing support from within his own party. If he is to keep his chancellorship and revive his leadership ambitions, he must concede to his MPs and do the right thing.