Cameron's cuts hit his own constituency, his reaction could sink the Tories - The Canary 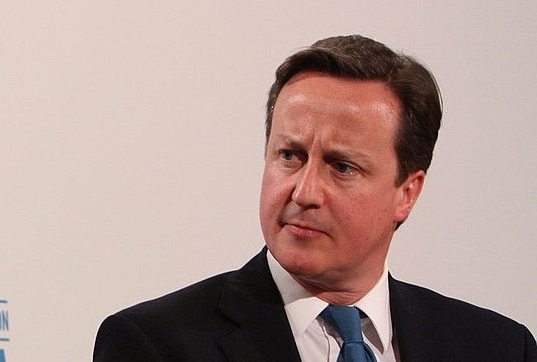 Prime Minister David Cameron has been involved in a public spat with Oxfordshire county council over its cuts to frontline services – even though the cuts were effectively brought about as a result of Cameron’s own policies.

The PM has now been accused of breaking the ministerial code, which dictates that he must keep his government and constituency roles separate, by offering help to his Conservative constituency.

Cameron – whose home constituency of Witney falls under the Oxfordshire council – exchanged letters in September with Ian Hudspeth, the Conservative leader of the council. In his letter (in full below) Cameron offers to “initiate a further dialogue” between Number 10 policy unit advisers and Hudspeth and that he should contact Sheridan Westlake at the Department for Communities and Local Government if he “wished to take this up”.

Surely the leader of the prime minister’s county council should not be given preferential treatment?

to make significant cuts to frontline services – from elderly day centres, to libraries, to museums. This is in addition to the unwelcome and counter-productive proposals to close children’s centres across the county.

No, for real, this is David Cameron who wrote this. Here, see for yourself:

I would have hoped that Oxfordshire would instead be following the best practice of Conservative councils from across the country in making back office savings and protecting the frontline.

Your briefing note suggested that £204 million had been taken out of the budget since 2010. Yet this is a cumulative figure that includes efficiency savings from cutting waste […] Oxfordshire’s spending has actually increased in recent years […] from £341 million in 2009-10 to £438 million (budgeted) in 2015-16. There has been a slight fall in government grants in cash terms, but this has effectively been made up for in other fiscal streams.

Note how Cameron failed to define such concepts as “back office savings”, “efficiency savings from cutting waste”, or “other fiscal streams”. As a result, what falls under such categories and what does not is entirely arbitrary. He also offers no figures for the “slight fall in government grants” or for the “other fiscal streams”, so his assertion that lost grants have been compensated for is difficult to test.

The written response from Hudspeth, who is usually a very firm Cameronite, stretched to fully six pages, and while its wording was not quite outraged, there was a protesting tone.

Hudspeth rejected “assertions” that funding had increased, citing a near 50% cut in the county council’s grant funding, from £122m in 2011-12 down to just £62m for 2015-16. He further expects it to “approach zero by 2020”. Here, Hudspeth is not exactly showing himself to be the sharpest tool in the shed himself, as he confuses income with outgoings, but we can let that pass as there is almost always a close correlation between the two.

More important is that Hudspeth had to point out, albeit politely, that much of what the Prime Minister was asking for had already been done. In terms of getting rid of “back office” functions:

we have undertaken a major review of our management structures […] cutting 40% of our top two tiers of management (directors/deputy directors) and 50% of our third tier managers.

Hudspeth also felt compelled to contest Cameron’s implication that the fall in government grants was “slight”. Hudspeth notes that

Later in Cameron’s letter, the PM is exposed once more as a stat-source that can never be trusted. It is beyond deranged that Cameron would actually choose to twist the figures whilst in communication with the very council that had sent them to him in the first place, but that is what he did – or, he just never understood the figures in the first place.

Hudspeth was responding to Cameron’s assertion that the £204 million taken out of the budget since 2010 was a “cumulative figure” when he wrote, betraying his exasperation;

There it is, in black and white. Cameron had the cheek, or just the vacuousness, to present the annual figure as the running total – which would be like confusing wages with savings – to the very council leader who had overseen every minute of the process for the last five-and-a-half years. That is either demeaning arrogance or just plain research-laziness, but whichever it is, it is not conduct befitting a Prime Minister.

That Cameron has the facts so far from his fingertips is, as implied above, old news, but this little exchange with Oxfordshire county council highlights how disconnected his grasp of cause-and-effect is. It leads to the insufferable Tory tendency to assume that unintended outcomes must mean someone is not performing their tasks correctly, when it is entirely possible that the plan itself is flawed. But it also shows that Cameron cannot grasp that when you destroy something that belonged to everybody, that means it will not be there for anybody – including people like himself.

To take his objection to the closure of children’s centres as an example, the Financial Times reported back in July that funding for children’s centres across England has been slashed by 28% in only three years. He did not mind that then, possibly thinking that it would only affect poor people in far-off places like Birmingham, Newcastle or Liverpool, not folk from higher up the social scale, like most of his constituents.

However, Cameron’s fervent and pointlessly harmful austerity agenda demands more and more cuts to budgets (in the deluded belief that this will bring an end to the public sector deficit), even for councils that have already pared their facilities to the bone. For austerity to continue after that, frontline services will have to go too, because there really will be nothing else to cut. Paradoxically, those councils of a more conservative disposition will probably be among the ones who have to do it first, because they are the councils who will have taken a minimalist approach to local government from the outset.

The problem is that a council cannot cut on the scale Cameron demands without such losses, including in Oxfordshire, a fact Cameron cannot allow himself to recognise. Were he to accept that his program is reckless and ill-conceived, he would lose his superiority complex. He needed a way to articulate his objections without laying bare the innate nonsense behind austerity economics. His rather feeble solution to that dilemma was to tell his local council, “You’re doin’ it wrong!” and hope that they never point out that they only did what he told them to. Unfortunately for Cameron, this is precisely what Oxfordshire county council have said, and Cameron’s apparent silence since then suggests he has been too scared to open their letter.

It is disturbing to have a blundering egotist at Number 10, but his dumbfounded reaction when he gets his knuckles rapped by his own party is always priceless.