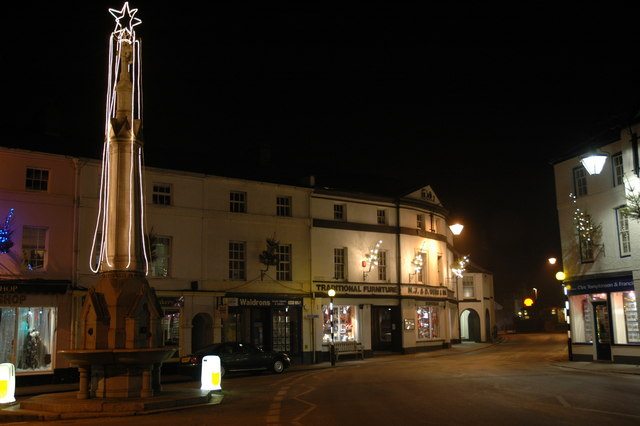 The people of Crickhowell in Wales are taking their town “offshore” as part of a BBC experiment to highlight big corporation tax avoidance.

A group of independent shopkeepers from the picturesque Powys town have decided to use the same accountancy tricks as firms like Amazon, Google and Facebook to avoid paying UK tax.

The plan comes soon after the town successfully fought off a planning application from a large supermarket chain, securing their high street as a haven for independent businesses. Now, with the help of a team of experts, they want to turn it into a tax haven as well.

It is all part of BBC documentary to be televised next year, which highlights tax dodging by large multinationals. In the show, The Town that Went Offshore, camera crews follow residents as they learn the accounting tricks of companies like Facebook, which paid just £4,327 in UK company taxes in 2014, and Caffé Nero, which hasn’t paid corporation tax in the UK since 2007.

In the programme the collective of small business owners, which include the town’s salmon smokery, a local book shop and a bakery, submit their own offshore tax plan to HMRC. Jo Carthew, who runs Crickhowell’s Black Mountain Smokery, told The Independent they had “a very good meeting” with Her Majesty’s tax inspectors.

Until now, these complicated offshore tricks have only been open to big companies who can afford the lawyers’ fees. But we’ve put our heads together, and worked out a way to mimic them. It’s jolly clever.

Now the alliance of shopkeepers want other towns across the UK to follow their lead to highlight the problems with corporate tax dodging.

I have always paid every penny of tax I owe, and I don’t object to that. What I object to is paying my full tax when my big name competitors are doing the damnedest to dodge theirs.

And Mrs Carthew explained to The Independent:

We were shocked to discover that the revenue generated by hard-working employees in these British high street chains isn’t declared. We do want to pay our taxes because we all use local schools and hospitals but we want a change of law so everyone pays their fair share.

George Osborne has promised a “Google Tax” to force big multinationals to pay tax on profits made in the UK. But as Heydon Prowse, the presenter of the BBC documentary, told The Independent:

As soon as one loophole is closed, another one opens. The Crickhowell traders are sick and tired of shouldering the burden for the entire system. They don’t get invited to cosy chats with HMRC top brass like the major corporations but they are the backbone of the British economy.