Blindfolded Muslim man tells Parisians "Hug me if you trust me." (VIDEO) - Canary 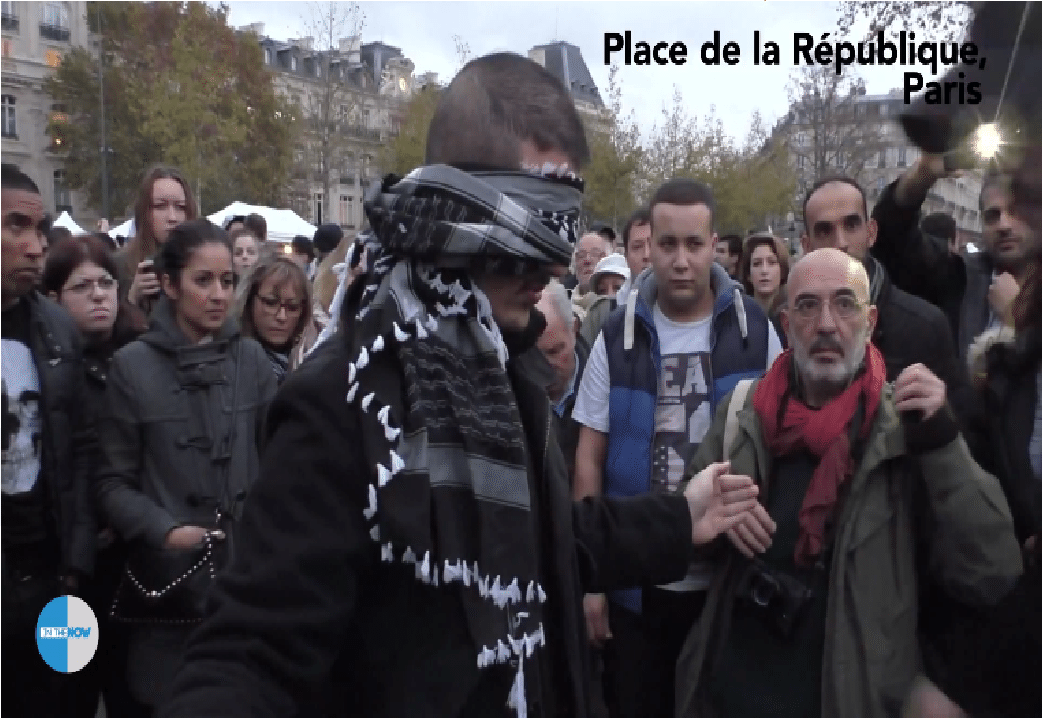 In the wake of the attacks in France, a Muslim man took to the streets of Paris. On the floor lay two simple signs. The first read “I’m Muslim, but I’m told that I’m a terrorist”, the second, “I trust you, do you trust me? If yes, hug me”. The blindfolded man then stood still, with his arms open to passing Parisians. The response is overwhelming:

Blaming the world’s 1.6bn Muslims for the atrocities committed by an extremist fringe group is of course not the way forward, nor is it remotely fair. None of us in the West would like to have to take responsibility for the words of Donald Trump, cartoons in the Daily Mail, or Iain Duncan Smith.

Yet, Islamophobia has risen sharply since the attacks on 13 November. Another video of a Quebecois man in a joker mask, threatening to kill “one Arab a week” isn’t quite as heart warming as the experiences of the man in the blindfold. Here in the United Kingdom, a petition to close our borders to keep the country from somehow ‘becoming a Muslim country’ has over 200,000 signatures. In Toronto, on Monday, a Muslim woman was robbed and beaten by two men who called her a “terrorist”.

Four Muslim passengers were just removed from an American plane bound for Chicago for ‘suspicious activity’. What was this activity? One man was watching a news video on his phone, which someone mistook for some form of video made by Islamic State. Another woman had to rush to the bathroom with her child, while the plane was taxiing. Crystal clear racial profiling, these people were ejected from the plane for ‘riding Muslim’.

Regrettably, responding in this paranoid, hostile fashion is playing right into the hands of ISIS. They want to further the divide between Muslims and the West, to rally more disillusioned Muslims to their side. Hussein Hamdan, lawyer and part of North American Spiritual Revival (NASR), a non-profit with the aim of de-radicalising Muslim youth, explains:

The recruitment tools that ISIS and Al Qaeda and other terrorist organizations use is they say to the young Muslim, ‘Don’t you get it? The West hates you. They’re at war with your religion, they’ll never accept you … Come here, you belong here, join us we are your brothers

Fortunately, the blindfolded man on the streets of Paris is not the only example of people responding to the trauma of the last few days with compassion; another is Dr. Susan Carland – a Muslim woman. For every hate-tweet she receives, she donates $1 to UNICEF. Her donations have nearly reached $1,000, and while it is saddening that the hate-tweets are evidently mounting rapidly, it is equally brightening that someone has found a way of literally converting hate to love.

This is the kind of response we need more of if we are to bring about peace.