It's 'International Men's Day', like every other day then - The Canary 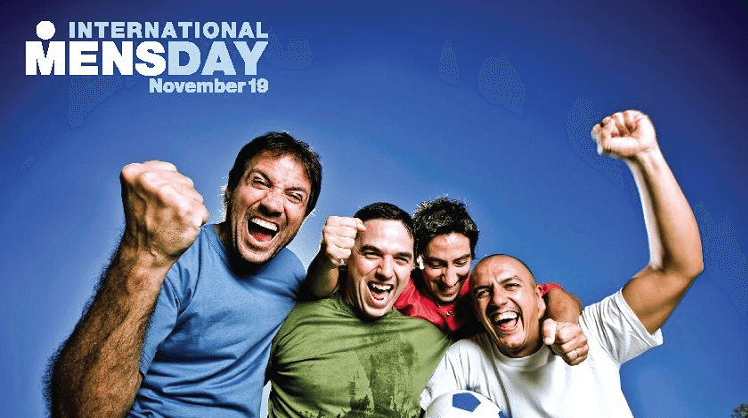 Whilst International Men’s Day (IMD) has some laudable objectives – focusing on men’s health, improving gender relationships, and highlighting positive role models – questions have to be asked about whether holding the day is appropriate when there is still such massive gender inequality in the world.

MP Jess Phillips caused controversy when she described fellow MP Philip Davies’ attempt to get a debate scheduled for the day as “frankly laughable”, pointing out that it’s not as though “men don’t have the opportunity to ask questions in this place.”

Whilst Ms Phillips has subsequently described her comments as “flippant”, it could be argued she still has a point. She was speaking as the only woman on the backbench business committee in a parliament that is 71% male. Worldwide, women only make up 17% of national parliaments.

So on #internationalmensday men get to do what? Get paid more than female counterparts? get to be sexist? or just general dickheads?

This isn’t to say there aren’t serious issues involved. For example, Men’s suicide rates, and their reluctance to talk about mental ill health is incredibly important and needs highlighting. However, having an international men’s mental health day, and initiatives such as Men’s Health Week, could target this more directly, and provide a clear focus for opening the debate.

Other examples of important and urgent issues came from Twitter:

On #InternationalMensDay, give love to those that are truly marginalised; trans men, disabled men, gay men, homeless men, and victims of DV.

Societal constructs of masculinity make it harder for young men to talk about problems at early stage, share feelings #InternationalMensDay

let's use #InternationalMensDay to talk about very real issues affecting men: suicide, rape and a lack of voice in family courts.

However, whilst these are really important issues which need highlighting, it is a shame some of these sentiments are not echoed in the publicity for IMD. Instead of attempting to deconstruct masculinity, the website for IMD, highlights “manhood” and the “sacrifices” men have made:

The ability to sacrifice your needs on behalf of others is fundamental to manhood, as is honour … Men make sacrifices everyday in their place of work, in their role as husbands and fathers, for their families, for their friends, for their communities and for their nation.

However, for any woman, this surely has to raise the hackles given the severity of the sacrifices women make or are forced to make on a daily basis. According to UN Women, global figures include, 1 in 3 women experiencing physical or sexual violence, and just over 1 in 10 women having been raped or forced into sexual acts. In New Delhi, 92% of women reported experiencing some form of sexual violence in public spaces in their lifetimes. Furthermore, two thirds of the 774 million illiterate adults are women, and women and girls make up 70% of all human trafficking.

Against this backdrop, surely celebrating men’s “sacrifice” is insulting and insensitive? Undoubtedly, there are men’s issues which need profiling and highlighting, and this is not criticism of holding a day per se. However, whilst gender inequality remains so appalling apparent, there is a need to always question and critique IMD, and the rhetoric behind it.