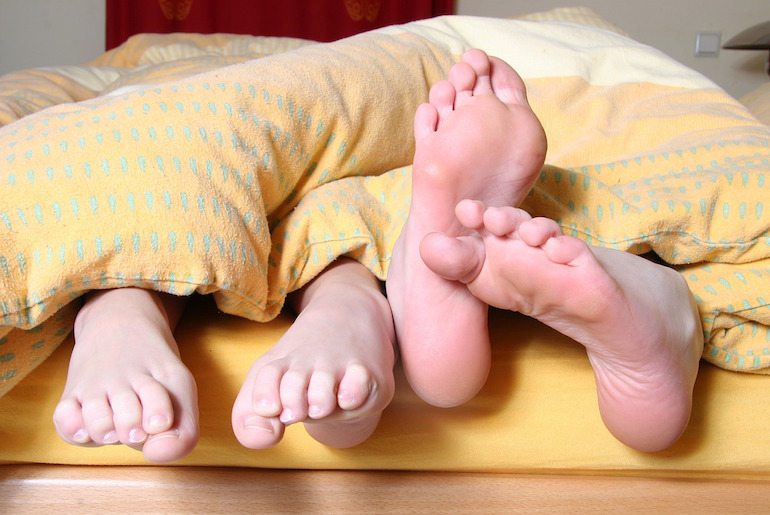 Sex can make us burn up to 200 calories an hour, reduce stress, boost our immune systems and help us sleep better. So it stands to reason that having more of it can make us healthier. But new research suggests more sex might not actually be making us happier.

Many studies have revealed a link between our happiness and how often we have sex, particularly for those of us in couples. But new research takes the pressure off – it turns out we don’t have to be jumping in the sack every day to be blissfully happy.

Canadian scientists have looked into the sex lives of more than 30,000 people and found that more frequent sex is linked to happiness – but only up to a certain point. Anything more than once a week is unnecessary when it comes to making us happier.

Scientists from the University of Toronto carried out three studies, with a total of 30,645 participants. In the first study they found the link between frequency of sex and happiness was only significant for people in relationships.

To explore this further, the other two studies only included people in relationships. They revealed that sex frequency was directly linked to happiness up to once a week, after which there was no association.

In general it is important to maintain a sexual connection with a romantic partner, but it is also important to have realistic expectations for one’s sex life, given that many couples are busy with work and responsibilities. Our research suggests that engaging in regular sex is associated with happiness, but it is not necessary, on average, for couples to aim to engage in sex as frequently as possible.

But it’s not quite as simple as “more sex leads to more happiness.” The study didn’t establish a causal relationship – it could be that happier couples tend to have sex once a week. Happiness in relationships is a complex issue, and it’s certainly not just down to how many times a couple has sex.

Coverage of 'having sex once per week is good for you'? Time to question who benefits from quantitative/target driven models of 'great sex'

Giving ourselves a quantitative target probably won’t help. One of the issues is that studies like this focus on sexual intercourse, dismissing other sexual activities that can have an effect on happiness; the frequency of kissing and caressing is also linked to sexual satisfaction in men and women.

There are also big differences between men and women. A study involving more than 1,000 people in Brazil, Germany, Japan, Spain and the US suggests that although having sex predicts relationship satisfaction in women, it’s not the only predictor for men – their health and physical intimacy also make a difference.

So let’s not feel pressured to have more – or less – sex to reach the once-a-week sweet spot. There are plenty of other things affecting our happiness, and it’s more important to be satisfied with our sex lives and relationships than to meet a quantitative target.