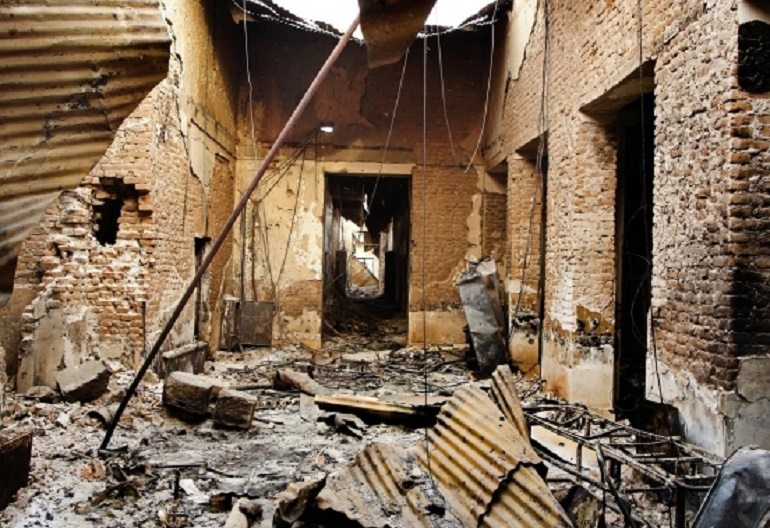 The internal inquiry by the United States Air Force into the calamitous bombing of the Kunduz hospital in Afghanistan on 3 October has reported its findings, concluding that the attack was “an avoidable accident.”

General John Campbell, the head of NATO forces in Afghanistan, spoke to the world’s media and announced that the inquiry had found:

The medical facility was misidentified as a target by US personnel who believed they were striking a different building several hundred metres away, where there were reports of combatants… the direct result of avoidable human error, compounded by process and equipment failures.

The personnel who requested the strike and those who executed it from the air did not undertake appropriate measures to verify that the facility was a legitimate military target.

The investigation produced a report file some 3,000 pages long, so unsurprisingly it will take a long time for anyone to be able to cross-examine it in detail. But from the summary provided so far by Campbell, it is very difficult to keep the word “whitewash” at arm’s length from the discussion.

Before expanding on that, it must first be conceded that the investigation is still quite damning in its descriptions of what is supposedly military incompetence, and the personnel who carried out the attack, we are told, have been suspended from duty. Whether that alone constitutes a substantial ‘punishment’ is highly debatable.

The worry remains that the military is using ‘incompetence’ to cover-up its over-aggression – in the hope perhaps that a blunder without intent will be seen as the lesser crime. However, the plea of ignorance is at odds with what is widely understood to have happened on the day.

In particular, it does not tally well with the discovery by NBC News that the flight crew had actually challenged the legality of their mission. This does not completely preclude ignorance of the target being a hospital, of course, but it does indicate that the crew were at the very least aware that there was something wrong with targeting this particular building.

We can add to this the discovery by the Associated Press that US forces were fully aware that there was a hospital on the site, but that they believed it had been taken over by the Taliban. US intelligence analysts had been gathering data on the hospital for some days before the air strike, mainly because they had concluded that “it was being used by a Pakistani operative to coordinate Taliban activity.” The suggestion that the hospital then “just happened” to be targeted in a misdirected attack on a completely unrelated building, sounds like a most ungainly coincidence.

Médecins Sans Frontières/Doctors Without Borders (MSF), the organisation that ran the trauma centre, had even sent the US/NATO forces the GPS coordinates of the hospital site a few days beforehand, which adds further to the need for staggering coincidence for the official line to be upheld. It is simply inconceivable that the site was not firmly known by NATO forces to be a hospital.

So the conclusion of the inquiry – that it took 29 minutes of firing 211 shells for anyone to realise the nature of what they had fired upon – just sounds like a story that was settled upon when the investigators failed to dream up anything more convincing.

MSF has yet to offer a formal comment on the US military’s findings, but we can expect them to do so before the week is out.

With time to analyse the investigation’s conclusions in more detail, some of the above may be open to reassessment at a later date. But at present, earlier calls for a full independent inquiry, completely beyond the interference of the Pentagon, must be reiterated. Dubious conclusions such as these are the reason why allowing self-investigation in cases of this type is a naive practice.

As previously highlighted by The Canary, MSF has launched an online petition calling for a properly independent investigation into the attack, completely outside the influence of the US Military. If you would like to add your signature to this petition, please click here.