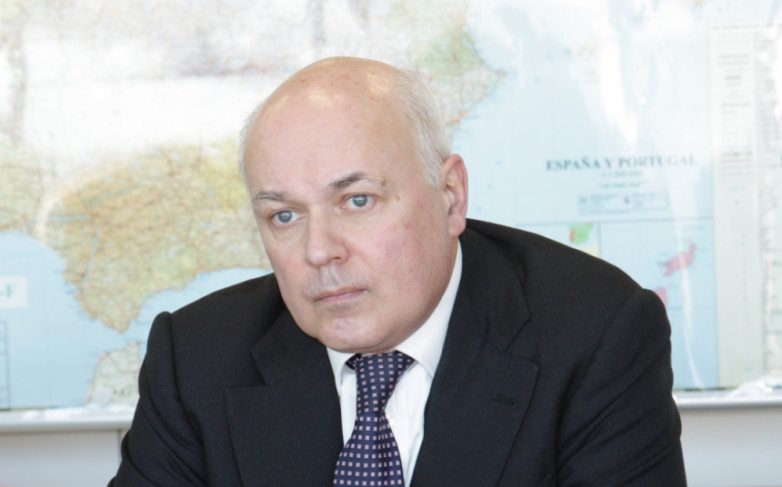 The Secretary of State for Work & Pensions, Iain Duncan-Smith, has suffered yet another of those humiliating setbacks that, were the country governed by a more realistic mind than that of David Cameron, would surely have led to most ministers’ dismissal before now. On Thursday the High Court ruled, against DWP policy, that individuals who receive a Carer’s Allowance should not be subject to the ‘benefit cap‘ of £26,000 per year.

In summing up the case, the Honourable Mr Justice Collins referred to the attempt to extend the cap in this way as ‘discrimination’. This was perhaps a slightly odd word to use, given that, if anything, the policy is nowhere near discriminating enough. But as Justice Collins elaborated further, he established succinctly how the formulation of the policy had been under-developed, and why it was legally unsustainable:

Nowhere in the impact assessments or in what was put before Parliament was the effect on the disabled of loss of family carers raised. It in my view should have been, since it ought to have been apparent that the impact of a possible loss of a trusted family carer could be profound.

Reconsideration will I hope be given to whether the present regulatory regime is appropriate, having regard to the hardship it can and does produce.

This last expression of hope perhaps indicates that Justice Collins is not very familiar with the Conservative Party’s stubborn lack of interest in the well-being of ordinary people, the disabled not excepted. But his ruling is another damaging blow for a government that, between defeats in the House of Lords and indecisive policy u-turns, is losing all its impetus.

Equally, this is by no means the first time that Iain Duncan-Smith’s zealous persecution of claimants of the Welfare State has fallen foul of the Law. His past conduct over the ‘Workfare in the UK‘ scheme led to lengthy legal ‘back-and-forth’, while under his stewardship the DWP has shown much guilty reluctance to respond to Freedom-of-Information requests over the effects of its sanctions culture, even when the courts have endorsed the requests.

One recurring pattern that has been very noticeable every time Duncan-Smith has clashed with the Law has been his utter dearth of good grace towards, or respect for, any decision that goes against him. It is perfectly arguable that he should be charged with contempt-of-court, so petulant are his responses. He has even gone to the alarming lengths of introducing legislation to make his Workfare rules apply ‘retroactively’ – a move that, if it had been allowed to go ahead, would have set a very dangerous precedent indeed, in establishing that the state has the power to prosecute or sanction deeds that were not subject to such rules at the time they were done.

That Duncan-Smith would seriously establish such a precedent just to get his own way, that he continues to insist he is doing the right thing when every indicator available shows otherwise, that he has more trust in the power of his own belief than in concrete facts, that he thinks he would have been Prime Minister had it not been for the 9/11 attacks, that he tells repeated public lies while unable to entertain the notion that he might ever be wrong, all speak of a self-admiring egomania that would be scary enough in an ordinary member of the public. In a government minister, it is terrifying.

So while we might allow ourselves a triumphant smile at Duncan-Smith’s defeat in the High Court, we should not assume that is the last we will hear of the matter. With his arrogance, stubbornness, and vindictiveness, he will want to find a way around the ruling. We can also expect, should he succeed, that his next policy for the disabled will be even more spiteful and bullying.