This woman was kicked off plane for being Muslim, her response is brilliant - Canary 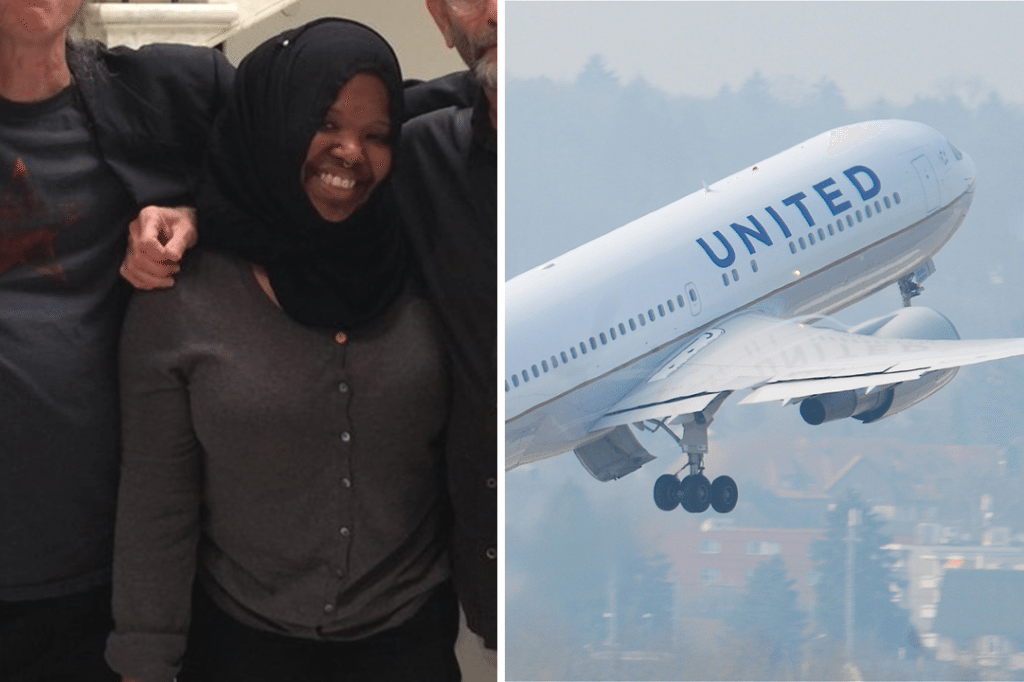 A US Muslim woman has been booted off a plane and prevented from going on holiday, apparently just for wearing a headscarf.

Kameelah Rasheed, an artist from Brooklyn, had already been pulled aside for additional screening, reports Al Jazeera, but was allowed to board the United Airlines flight from Newark Liberty International Airport to Istanbul. However, before the plane could get airborne, Rasheed was ordered off, in front of all the other passengers, and taken for questioning by an FBI agent. She said:

It was an attempt to humiliate and ostracise me.

She had her phone and passport confiscated and was grilled over a period of two and a half hours. The whole episode left her so shaken that even though United booked her onto another flight, she’s not sure when she’ll feel capable of flying again. Bang goes that Turkish holiday, disappeared in a puff of prejudice.

Rasheed noted that of the 200 or so passengers on the flight, she was the only one with any obvious Muslim appearance, namely her headscarf. There’s a scene in the movie ‘Up In The Air’ where George Clooney’s character is dispensing advice on how to get through airports quickly. He glances at a group of men of Arab appearance and says: “Five words – randomly selected for additional screening.” This kind of stereotyping only requires a small increase in levels of threat perception to become full-blown profiling, where people are assumed to be suspicious, or maybe even guilty, purely because of their racial or religious identity. Rasheed pinpoints this here,

I think this happened because I’m Muslim, because I’m travelling to Istanbul, because they have power with no checks and balances, because security means violating people’s rights, because there’s a general lack [of understanding of] what safety means, because people don’t understand basic geopolitical situations.

Rasheed responded to some of the less-than-helpful advice that was thrown her way:

Since the Paris attacks, the gutter press have been stoking hatred and bigotry on their front pages and in cartoons. Wannabe politicians and media overlords have made rash pronouncements. And the madness has spread, from beauticians to internet trolls. Rasheed contends that this is just a fresh eruption of an old problem:

I don’t think there is a resurgence of Islamophobia after the Paris attacks. I think it never went away. It’s becoming more legitimised.

It’s frustrating to me that I can’t fly like a normal human being.

But if the Feds had just spent a moment on Twitter, they would have discovered that Kameelah Rasheed is as American as…

Fortunately, there are occasions when decency fights back. The actions of passengers in Newcastle and the backlash against The Sun are both signs that we don’t have to simply accept the language and attitudes of fear and ignorance.