Remember when Turkey assassinated a journalist for uncovering its support for ISIS? Look what it's done now. - Canary 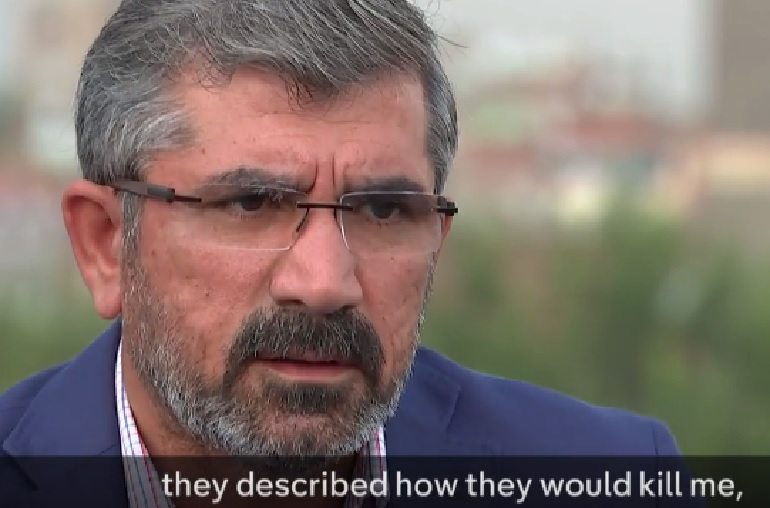 In today’s Turkey, non-combatants are constantly caught in the crossfire of a war that is completely unnecessary. Journalists, protesters, peace activists, and human rights lawyers have all been brutally murdered by state forces or supporters of Isis (Daesh). But there is something we can all do to stop this assault on freedom.

A failed state within NATO?

War is failure – pure and simple. Failure to find or implement a non-violent solution to human conflicts. Failure to recognise that these conflicts are never black and white. And this failure is often born from a stubborn refusal to admit one’s own errors, or from one’s preference for death and destruction over compromise.

The current AKP government of Turkey, which recently used violence, repression, and fear to defeat its electoral opponents, is one big failure. After June’s elections, in which the ruling party lost its majority in parliament, President Recep Tayyip Erdoğan launched a war against the PKK. The PKK is a left-wing organisation whose efforts have been focused on fighting Daesh, and on seeking a peaceful settlement to a violent conflict rooted in Turkey’s decades-long repression of its Kurdish communities. Erdoğan and his party used the state’s military apparatus to get the results they wanted in the subsequent election, intimidating voters and raiding opposition news outlets in order to stay in power.

This anti-democratic, warmongering behaviour was necessary in large part because of the increasing image of the AKP as an accomplice of Daesh. In 2014, for instance, Turkey’s prime minister Ahmet Davutoğlu tried to avoid referring to Daesh as terrorists, instead seeking to stress the political context in which the group arose.

However, Davutoğlu and his party did not have as much sympathy for the progressive and largely-Kurdish communities of Rojava, who took control of areas in the north of Syria in 2012. The Turkish border was kept open for Daesh, but closed for communities in Rojava. The Kurds’ frustration intensified when Daesh supporters killed 135 left-wing peace activists in terrorist attacks on Suruç (July) and Ankara (October). The suspicion amongst the Kurds is that the Turkish regime allowed or even encouraged these attacks to occur.

But it isn’t just opponents of the AKP and left-wing activists who have suffered as a result of the Turkish regime’s repression and alleged links with Daesh.

The forgotten murder of a US journalist

Press TV reported in October 2014 on how Serena Shim, its US-Lebanese correspondent in Turkey, had died in a “suspicious car accident”. Previously, Shim had apparently obtained stories of jihadis “infiltrating into Syria through the Turkish border” and images of them “crossing… in World Food Organization and other NGOs’ trucks”. And just two days before her death, she had told her employers that she “feared being arrested” because:

the Turkish intelligence agency had accused her of spying

This was nothing new in a country that Reporters Without Borders (RSF) have called the “largest prison for journalists”, where reporters are frequently intimidated, arrested, or killed.

And while Daesh’s execution of James Foley – another US journalist – attracted widespread rage in the United States, Shim’s family are still waiting for information about her death.

A land where journalists are called terrorists

Shim’s assassination was not a one off. Media repression is rife in Turkey.

Today’s Zaman reported on 26 November that two figures from mainstream Turkish daily newspaper Cumhuriyet had been:

arrested on charges of being members of a terror organization, espionage and revealing confidential documents – charges that could see them spend life in prison.

The reason for the arrests? Cumhuriyet published photos in May 2014 of weapons which the Turkish intelligence agency (MİT) had allegedly sent in trucks to jihadis in Syria.

And a month after this story was published, President Erdoğan told state broadcaster TRT:

Human rights lawyer Tahir Elçi was killed on Saturday 28 November. His brother says he was “clearly killed by the [Turkish] state”. He was the head of the bar association in Amed (Diyarbakır) – the capital of Turkish Kurdistan. Having been arrested in October for saying the PKK was not a terrorist organisation, as it is considered by the Turkish state and its NATO allies, Elçi faced more than seven years in prison for “making terrorist propaganda”. He was also banned from leaving the country.

According to The International Association of Democratic Lawyers (IADL) and the European Association of Lawyers for Democracy & World Human Rights (ELDH), the lawyer had worked tirelessly for justice for over twenty years “under constant pressure of the Turkish State”. In fact, the European Court of Human Rights convicted the Turkish State in 2003 of having tortured both Elçi and his colleagues during the “state terror” of the 1990s.

The IADL and ELDH called for an independent international investigation into Elçi’s murder, but this was quickly rejected by the AKP. This decision has given rise to increasing anger related to the impunity given to those involved in acts of state terror.

Following the assassination, meanwhile, thousands of peaceful protesters hit the streets. In Istanbul, police fired tear gas and water cannons at the crowds.

This is a heinous murder and brutal state attack that must be treated as a crime against humanity… The President has the biggest responsibility for the current atmosphere which he himself provoked.

Selahattin Demirtaş, co-leader of the left-wing HDP party, said at Elçi’s funeral that what had killed the lawyer was “not the state, but statelessness”, referring to the lack of Kurdish independence and rights in Turkey. At the same time, he lamented:

We doubt that this political murder will be solved.

Co-chair Selahattin #Demirtaş: If you are not pro-government you are announced as enemy of the state. You become an open target. #TahirElçi

These words would be heard by tens of thousands who mourned Elçi’s death in the streets.

The HDP officially called the murder a “planned assassination”, and asked for a parliamentary inquiry to be launched in relation to the event.

When in trouble, the state commits massacres… The state and AKP government pointed my brother as a target… [He] was killed for demanding peace and being an opponent.

For Ahmet, Tahir had been “deliberately targeted” and “murdered by the state”.

The murder of Tahir Elçi is nothing new and the crackdown by the current Turkish regime against anyone who calls into question its warped logic on Daesh, the war in Syria, and the so-called ‘Kurdish Question’ in Turkey continues.

But the murders of Elçi, Serena Shim, and many other citizens simply will not register in the political rhetoric of Western leaders. This is because Turkey is a member of NATO and a gateway into the Middle East for Western corporations.

For that reason, political leaders in the West will continue to ignore the murder of journalists, human rights lawyers, and activists by the Turkish state. And it will keep echoing the divisive and destructive words of Erdoğan and the AKP. But only as long as we remain silent.

If you believe the current Turkish regime is a danger to stability in the Middle East, write to your MP. More importantly, if you agree with Tahir Elçi that the PKK is not a terrorist organisation, please sign this petition to get the group removed from the UK’s politically-motivated terror list.