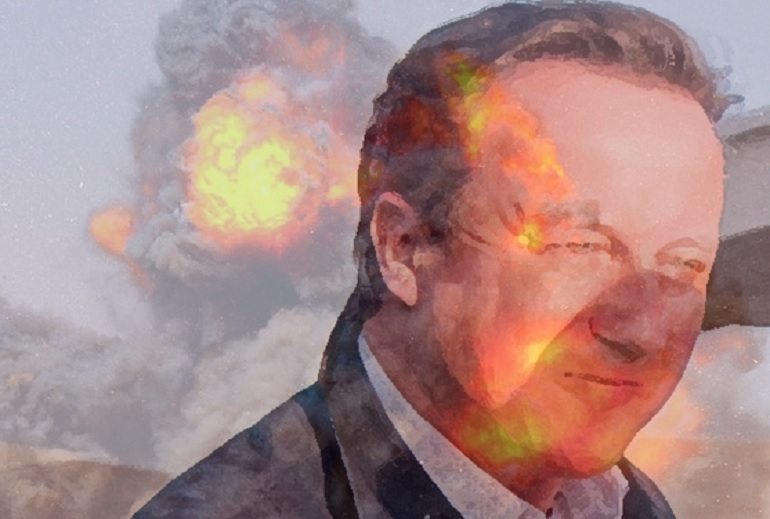 French journalist Nicolas Henin spent 10 months in captivity in Syria. As a hostage of Daesh (Isis/Isil), he has seen first hand what the group’s members are all about. And in his view, David Cameron and other pro-war British MPs, made a massive mistake in voting to launch air strikes on 2 December. Henin said: “Strikes on ISIS are a trap”.

A bombing campaign in Syria, Henin insists, is precisely what Daesh wants. He backs up what The Canary said on 19 November, that Western governments are playing into the hands of Daesh by seeking revenge after the Paris attacks.

Astonished by the trigger-happy and ill-thought-out reaction of Western regimes, he asks:

Why are we making so many mistakes? We are just fuelling our enemies and fuelling the misery and disaster for the local people.

He then explains why political elites in the West are playing right into the hands of the terrorist group by intensifying their military presence in Syria. Daesh militants and supporters, he says, will see such an escalation as

What they don’t want, however, is Western acceptance of refugees fleeing the Middle East. That’s why they hoped to sow hatred and division with the Paris attacks, so that marginalised Muslims would feel more at home in Daesh-controlled territory than in Europe. This region, Henin asserts, “is like a dream land” or “their Israel”. It is a land they hope Muslims will flock to when other countries persecute them, and therefore, a land that they did not want people to flee from.

So with the terrorist attacks in France, Daesh sought:

To make us close our borders, and maybe even more importantly, close our minds.

This, the group believed, would help to pressure refugees to stay in Daesh-controlled territory.

For Henin, positive treatment of refugees is one of the best steps for European countries to take. This would show Daesh propaganda about the hatred of Muslims in the west to be untrue, and would undermine their violently intolerant ideology even further.

With the British parliament’s unpopular decision to embark on the aerial bombardment of Syria, Western governments are gradually falling into Daesh’s trap, and doing exactly what the group wants them to do.

There’s only one rule in conflict: do what your enemy LEAST wants you to do. And here we are stumbling towards what they MOST want us to do.

The fight against Daesh is not a traditional war between two armies from two opposing states. It is an ideological battle. And for that reason, Henin stresses:

The winner of this war will not be the party that has the newest, the most expensive or the most sophisticated weaponry, but the party that manages to win over the people on its side.

Civilians in the Middle East will not be won over by Western regimes if they focus their efforts on an aerial campaign that will inevitably kill innocent civilians while leaving destruction and desperation in its wake.

But the search for peace will never end. We can and must continue to lobby our MPs to support the progressive, inclusive, and democratic revolution of Rojava in northern Syria. We can and must push for a peace agreement to end the Syrian civil war. And we can and must hold our out-of-touch political classes to account for the deaths of every single innocent civilian killed in the months and years to come.

Featured image via US Navy and Spc. Glenville Walker