Jeremy Corbyn was right to allow a free vote, it's the MPs that are the problem - Canary 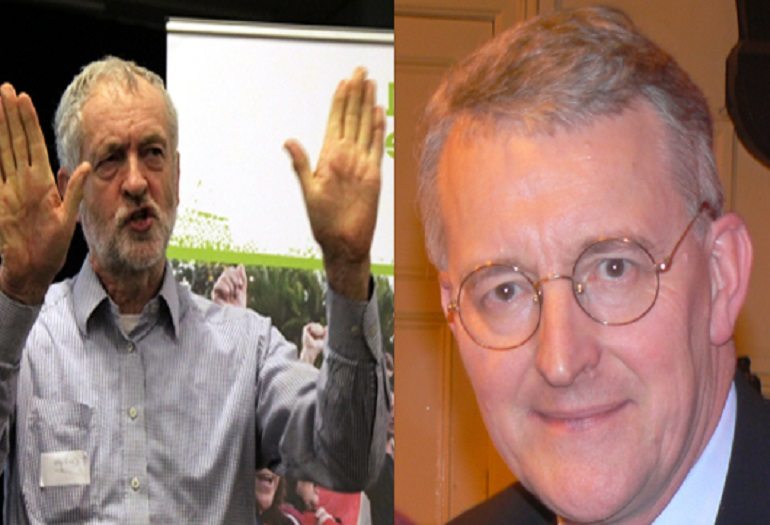 MPs in Westminster cheered with open delight after they returned a majority vote to commence bombing in Syria. But now people are questioning the role played by Jeremy Corbyn in allowing MPs a free vote, rather than enforcing the party whip.

The darkness that descended on Westminster following the vote seemed assured as Labour’s Shadow Foreign Secretary, Hilary Benn, brought MPs to tears with a summing up that some are calling the best political speech in years. Benn said:

The carnage in Paris brought home to us the clear and present danger posed to us from them (Daesh). It could just as easily have been London, or Glasgow, or Leeds, or Birmingham, and it could still be.

Benn was apparently forgetting that just two years ago, when David Cameron’s motion to bomb Syria and President Assad was defeated by Ed Miliband, it was France that rushed in to support the US crusade. The question he should have been asking himself is, which country has been safer in the past two years as a result of the decision that night?

Worldwide, the facts show that western governments’ lust for bombing has done the opposite of making people’s lives safer: terror attacks have risen by more than 5000% since the invasion of Afghanistan and Iraq 14 years ago. 66 Labour MPs voted with the government and against Jeremy Corbyn’s lead, to accept David Cameron’s alleged “plan” for the bombing of Syria. They were buoyed by the speech given by Hilary Benn, who looked (and sounded) every bit like Tony Blair on the eve of the decision to invade Iraq and anything but like his father and long-standing anti-war campaigner, Tony Benn.

Free votes and the party whip

Labour’s 66 ‘Aye’ votes and 11 abstentions that contributed to Cameron’s overwhelming majority vote are being blamed on the failure of Jeremy Corbyn to impose the party whip, in favour of allowing MPs a free vote on an issue of such magnitude. The ‘party whip’ (or party line) is controlled, confusingly, by the whips. These are MPs or members of the House of Lords appointed by each party, who are responsible for ensuring party business is undertaken.

In particularly important debates they make sure that as many of their own members as possible turn up to vote and, crucially, vote how they are mandated by their party. This role is all the more vital when governments hold small majorities, such as the current position of the Conservative Party, as a failure of their MPs to vote, or not toe the party line, makes it easier for opposition parties to defeat bills. The most serious consequences for an MP come when they defy a ‘three line whip’ (the written instruction is triple-underlined) and can result in internal discipline and denial of ‘the whip’ (in this case meaning the member’s right to be associated with the party). They retain their seat as an independent MP until the whip is restored, or otherwise. Looking at the list of Labour MPs who openly defied the express wishes and principles of their party leader, it is hard to tell how many of them would have defied a whip. But it is not too much of a stretch to believe that many of them, buoyed by Benn’s insistence that the time is now, would have voted with Cameron and his ‘more war’ policy and left both Labour and Corbyn in a much worse situation.

It’s not the whip we need, we need a better class of MP

Corbyn’s decision to allow a free vote was the right thing to do, even if the vote was lost and the politics of insanity prevailed. There is no place in a democracy for the antiquated whipping system, that takes away the voice of the people on issues that affect us all.

Again here is the list of the 66 Labour MPs who voted to bomb Syria. pic.twitter.com/23Ko7lbWRb

Our MPs have failed

The British public opposed the call to arms against Syria two years ago and as the latest vote drew close, public opinion once again moved away from launching airstrikes. With no clear direction on how it will resolve the situation and what guarantees there can be for the innocent people likely to be caught up as collateral damage, the British public are not willing to condone another senseless war.

Syrians themselves have told us they cannot hide from our bombs and a man held hostage by Daesh has said that bombing Syria is a trap. It will only serve to drive more people to extreme measures as innocent people begin to suffer. MPs have abandoned the British public with their vote to condone permanent war and they have failed the people in Syria by condemning them to a game of chance as the bombs begin to fly.

Jeremy Corbyn should not be abandoned, as key members of his shadow cabinet and backbenchers have, because of his decision for a free vote. Many people re-joined Labour because they saw in Corbyn a moral and principled leader, someone who sees the senselessness of our decades old failed foreign policy of trying to bomb the world into peace. Now is not the time to desert him. We must elect better MPs, with a higher moral standing, and then hold them all to account, starting now.