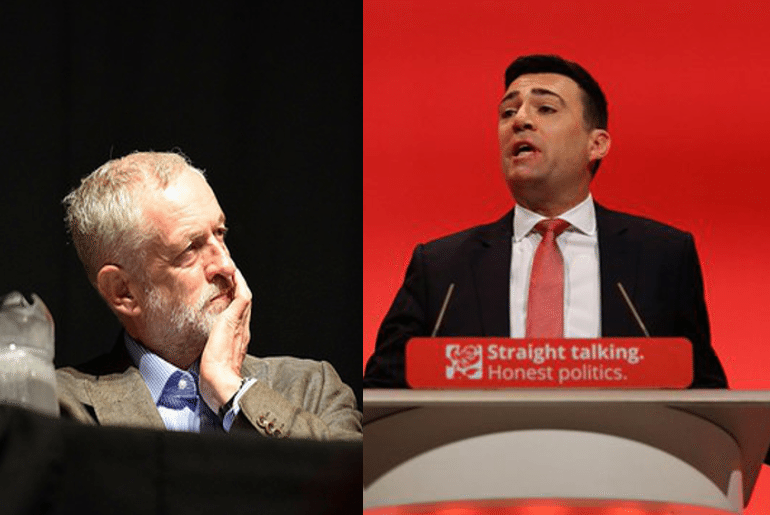 Wednesday’s vote in the House of Commons on air strikes in Syria have laid bare just how deep the rift between the Labour party’s leadership and the ‘Blairite’ remnant of New Labour has become. Jeremy Corbyn, who allowed his MPs a free vote on the air strikes, saw 66 of them side with the government against him, and of them, a number have publicly reported receiving serious, threatening abuse over social media from opponents of military action.

The Shadow Home Secretary, Andy Burnham, has spoken to the BBC about it and called for “a firm line” to be taken on such behaviour from members of the party.

It should be emphasised that Burnham opposed the air strikes. He put the online bad behaviour down to the pseudo-bravado it is easy to get away with on social media.

I think it’s because if you are just sitting with a keyboard you can be more offensive than if you are speaking to somebody face-to-face. It’s a bad culture and we need to draw a line under it

Burnham also called for a code-of-conduct to be introduced within the party.

Sure enough, Corbyn has responded quickly, declaring, in a joint email written with deputy leader Tom Watson (who voted in favour of air strikes),

abuse and intimidation have no place in politics. And the party as a whole will not accept such behaviour, from whatever quarter it comes.

The counter-reaction to the online abuse has included suggestions from Stephen Kinnock that Momentum, Jeremy Corbyn’s party-independent support network, should be wound up, although the campaign group has issued a statement assuring that it condemns any bullying and that it will not make any moves to have Labour MPs who voted for air strikes de-selected.

One can easily agree with Burnham’s position as worded. Certainly cyber-bullying, indeed any bullying, is a repellent act of coercion that has no redeeming quality to it at all. But at the same time, there is something about what Burnham has said that seems a little hollow, even suspicious. In particular, calling for a ‘firm line to be taken’ and the introduction of ‘a code of conduct’ does appear, even without naming names, to be placing responsibility for the abuse directly onto the shoulders of the party leader. This is hardly fair, given Corbyn’s stringent efforts to civilise and moderate the tone of political discourse, but it also reeks of a double-standard.

After all, what politician can tell the world more about the misery of being constantly bullied and abused, by social media, and by the mainstream media to boot, than Jeremy Corbyn? He has been insulted, lied about, hysterically misinterpreted, emotionally crowbarred, and verbally pilloried with scarcely a pause since the moment he first stood for the Labour leadership back in the summer. He has further had to endure forty years of similar anti-leftist mistreatment by the conservative-leaning press, throughout his career.

One behaviour that has been marked by its complete absence, throughout the months since Corbyn joined the leadership election, has been public backing from Blairites like Burnham. When Corbyn was being falsely accused of being friends with Hamas and Hezbollah (and it is highly debatable whether they are really such terrible groups to be friends with anyway), the ‘New Labour’ remnant in the Parliamentary party offered him little in the way of defence, or assistance in correcting the false picture.

It was not just the usual right-wing rags doing it either. Even the Guardian, the supposedly ‘left-wing’ newspaper, got caught up in the almost foaming-mouthed anti-Corbyn hysterics, in apparent desperation to keep the Labour party in the then-current centre/centre-right ground. A number of Blairites who were not standing for the leadership made nasty public remarks against Corbyn too.

And now, the Blairites are throwing their toys out of the pram when they are being bullied, and are implying that Corbyn has to sort it out? Given all the speculative talk over the last few days about the party split over air strikes leading to a possible leadership challenge, one is given to wonder about the timing of this; are Blairites deliberately making trouble while portraying themselves as the victims of ‘weak leadership’?

That is itself speculative, so I cannot say whether it is true.

But, had I been through months of bruising public mistreatment of the type Corbyn has experienced – without any help from so-called friends and colleagues – and then they came to me asking me to protect them from mistreatment, I certainly can say what my response would be.

Luckily for the Blairites, Corbyn is obviously more magnanimous than I am. They should try working with that in future, instead of trying to use it against him.