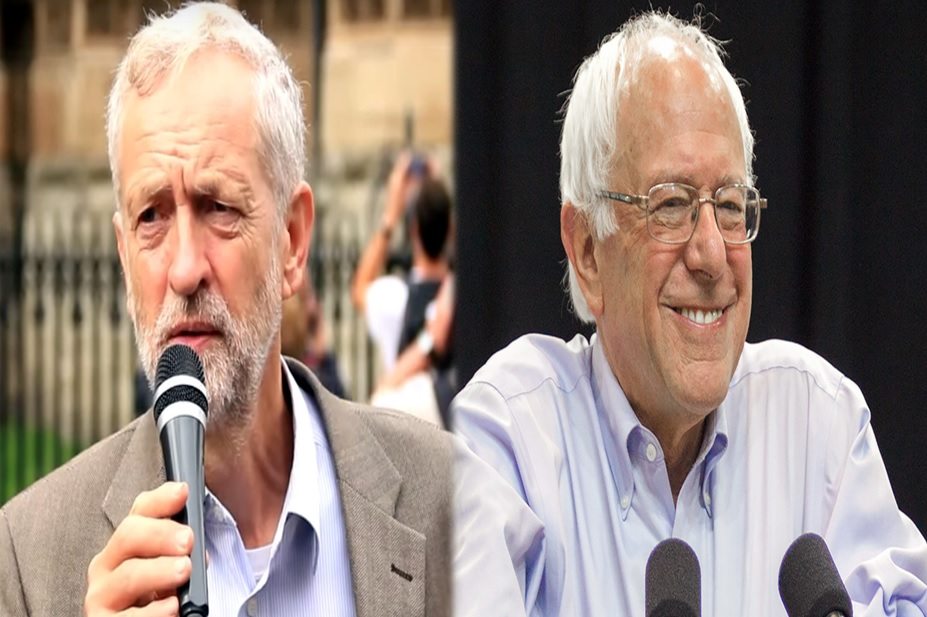 In early 2016, Democratic voters in the United States will pick their candidate for the presidential elections scheduled for November. It may not be Hillary Clinton, who has long been considered the Democratic party’s inevitable choice; self-proclaimed socialist Bernie Sanders is looking more and more like a popular and realistic option as decision time comes closer. So who is the man occasionally dubbed the American Jeremy Corbyn, and what are his chances of becoming US president?

The mainstream media and the Democratic establishment

Much like current Labour leader Jeremy Corbyn earlier in 2015, Sanders has not been given an easy ride in his quest to lead the Democrats. The mainstream media has been accused of ignoring Sanders’ promising poll numbers, and Rolling Stone says media coverage of his campaign has been “alternately predictable, condescending, confused and condescending again.”

Meanwhile, RT suggests that the Democratic National Convention (DNC) has scheduled debates between Democratic candidates “at times when viewership is low in order to protect Clinton from unwanted scrutiny” – a sign that the DNC is worried that showdowns between Clinton and Sanders would increase the latter’s popularity.

According to U.S. Uncut, DNC chair Debbie Wasserman Schultz has “made a name for herself among many Democratic voters as a shill for the Clinton machine.” Grassroots Clinton field offices have been co-located at DNC offices, the party’s finance chair has been caught raising money for Clinton, and the establishment has been accused of secretly courting party bosses – or “superdelegates” – to ensure Clinton is chosen as the Democratic candidate before the party vote has even begun.

Meanwhile, for Keith Brekhus at Politicus USA, Schultz’s “autocratic tendencies” have meant she has simply “not been inclusive or consistent in her dealing with the candidates.”

The executive director of National Nurses United, RoseAnn DeMoro, who supports Sanders, has summed up the DNC’s treatment of non-Clinton candidates in the following way:

This campaign has been so biased from the beginning. It’s sabotage. It’s continuous.

In fact, a petition at change.org has called for Schultz to resign, insisting that she has “demonstrated the utmost sense of contempt and disdain for the Democratic Party, its principles, and the democratic process” while using her position of power to “manipulate the electoral process in favour of Hillary Clinton.”

Although Clinton has the support of the Democratic establishment and large sections of America’s liberal business elites, Sanders is popular on the ground, much like Corbyn. Clinton may have been endorsed by around 18 unions and alliances, but Sanders recently gained the support of the large Communications Workers of America union. At the same time, TeleSur has explained how “local unions have started to rally around Bernie Sanders” because of his vocal opposition to the TPP and income inequality.

While the corporate media and the Clinton camp have tried to portray Sanders as an unelectable candidate, the polls show that this is far from the truth. Back in November, a McClatchy-Marist poll showed Sanders outpolling the two most popular Republican candidates – Donald Trump and Jeb Bush – while Occupy Democrats has highlighted media silence on the fact that Sanders consistently outpolls Trump.

The reality is that Clinton’s victory is not inevitable. According to H. A. Goodman at The Huffington Post, the previous Democratic favourite may have been able to win the presidential candidacy in a world without social media but, in today’s internet-savvy society, “voters can easily find out that Clinton’s campaign received $133,246 from two major prison lobbyists” or that “four of Clinton’s top five donors since 1999 have been Citigroup, Goldman Sachs, JP Morgan, and Morgan Stanley.” In short, citizens can see right through her deceptive rhetoric about dealing with the problems of mass incarceration and Wall Street greed.

This is perhaps why Sanders has received over two million individual donations, meaning he has “already attracted more individual donors than Obama did during his historic 2008 campaign,” according to U.S. Uncut.

How does Sanders differ from Corbyn?

Apart from the differences between the US and British political systems, Sanders and Corbyn also have certain ideological differences. For example, Sanders has been accused of being much weaker than Corbyn on the issue of Palestinian rights. Although he has supported the creation of a Palestinian state, he has also been supporting “pro-war propaganda” in favour of Israel during the country’s 2014 invasion of Gaza.

Sanders also had a very questionable response when the corporate media transported the right wing’s attempts at defaming Corbyn across the Atlantic. While claiming to be “delighted to see that the British Labour party has elected Jeremy Corbyn as its new leader,” Sanders called former Venezuelan president Hugo Chávez “a dead communist dictator” in a letter to his supporters, aiming to distance himself from some of Corbyn’s political stances. In response, the University of Albany’s Gabriel Hetland insisted that these words should not have come from the mouth of someone like Sanders, “who supported the Sandinistas in the 1980s and accepted discounted heating oil from Chavez for low-income Vermont residents.” For Hetland, “bad things tend to happen to Latin American countries when US presidents call their democratically elected leaders dictators.”

Nonetheless, as the Institute for America’s Future president Robert L. Borosage has said, Sanders and Corbyn share a lot in common. For example, they both “condemn a fiscal austerity that slows growth, undermines wages and cuts back public services,” and they have both generated “a remarkable surge of support among the young, the working poor and union members.”

Socialism is not the bogeyman it once was in the USA

Sanders has referred to Scandinavian socialist democracies as an example for the US to follow, and U.S. Uncut has stepped in to compare how Denmark, in particular, outperforms the USA, referring to the latter’s:

In a TV advert, Sanders said:

People are sick and tired of establishment politics

And this popular discontent he refers to has seen the word “socialism” lose the negative connotations it had carried in the United States for decades, thanks mostly to Cold-War propaganda. The fact is that socialism is now electable in the US. This was proven by the election of proud socialist Kshama Sawant to the Seattle City council. Formerly a “key political organizer in Occupy Seattle,” according to the Seattle Times, Sawant claims Sanders is “fundamentally different” from other candidates in both the Democratic and Republican primaries, mainly because he has called for “a political revolution against the billionaire class.”

For Sawant, there is no wonder that socialism was the “most-searched term of 2015” because “its ideas fit our times.” Since the Occupy movement hit the US by storm in 2011, she says, the “dirty word” in the country is no longer socialism, but capitalism.

The tides may well be changing in the USA, but Sanders has not defeated his Democratic competitors yet. His supporters must step up their campaign both on the ground and in the media significantly if they are to ensure that the money behind Clinton does not tip the scales in her favour.

And if he does then become the Democrats’ presidential candidate, the work must not stop there. As MIT professor Noam Chomsky argues, Sanders must keep up the momentum his campaign has gained in recent months and transform it “into a dedicated grassroots movement that will continue after the election is over.” Only in this way will American workers truly obtain the profound reforms that they deserve.