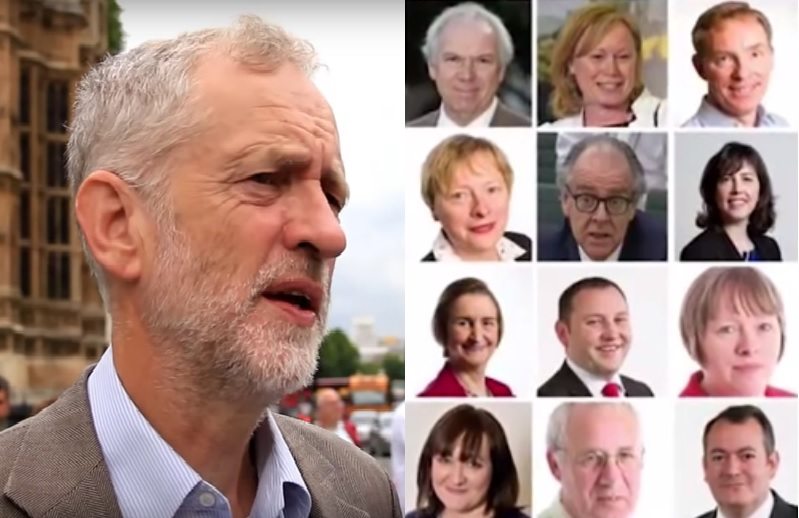 If you glanced at the papers over the festive period, you’d be forgiven for thinking we were eagerly awaiting the arrival of the shadow cabinet announcement rather than Santa Claus. Newspapers were awash with speculation on the so-called ‘revenge’ reshuffle, debating whether Jeremy Corbyn would axe the cabinet ‘rebels’. Now the wait is over, and it falls far short of the vengeful reordering the media predicted.

The shadow cabinet was assembled in September, following Corbyn’s landslide victory in the Labour leadership contest. At its inception, the cabinet was described by Corbyn as “a strong combination of change and continuity”. However, as an MP not fully expecting to emerge the victor, with little ministerial experience himself, this was inevitably going to need some fine tuning. The last three months have put the cohesiveness of this assembly to the test, illuminating who shares Corbyn’s convictions, and is willing to support him.

This idea, of loyalty, has proven an inflammatory issue in relation to Corbyn. Many media commentators insist that it is hypocritical for him to remove MPs from the cabinet for contradicting his positions, after he rebelled numerous times against former Labour policy. Their rationale, however, defies itself.

Those making this case fail to acknowledge that it is likely Corbyn’s tendency to go against the party line contributed to him remaining a backbencher for over 30 years – rather than rising to the cabinet ranks. Did Corbyn bemoan his omission from the inner sanctum due to his unwavering beliefs? No, he accepted it as a consequence of his actions, and Labour MPs should do the same.

The first cabinet member to be dismissed was Michael Dugher who, speaking to Sky News, reasoned the move thus:

I think I tried to do my best in delivering some straight talking and honest politics, and I think it was a little too much for him, which is a shame.

This ‘straight talking’ was exercised in describing Momentum, a grassroots organisation inspired by Corbyn’s election campaign, in the following way:

It occurred to me that their aggression is matched only by their stupidity. I don’t know what the point of them is.

He also warned Corbyn, via a BBC 5 Live’s Pienaar’s Politics programme interview, that “Labour is a broad church, not a religious cult” and, in another interview, accused him of allowing “totally destructive”and “self-indulgent” infighting. This seems a bit rich from the MP who seemingly coined the ‘revenge reshuffle’ phrase, and has been condemned by the public for having “done nothing but attack” Corbyn’s leadership.

Dugher has also been forthright with his opinion on terrorism, and particularly the landscape that gives rise to it. Responding to comments by Ken Livingstone about western interventions playing a part in inciting terrorism, Dugher said,

This is a relatively common sentiment in the political arena. David Cameron himself has warned against “grievance justification” being used in our discourse on terrorism. Seemingly, some in politics, and the wider community, refuse to confront the role the West has played in the rapid increase of extremist groups – despite ample evidence to the contrary. Thankfully, Corbyn has no place for such wilful ignorance in his cabinet.

Reportedly, Pat McFadden was another minister removed from the cabinet for similiar reasons. In the aftermath of the Paris attacks, McFadden spoke during Prime Ministers Questions:

Can I ask the Prime Minister to reject the view that sees terrorist acts as always being a response or a reaction to what we in the West do?

Although some MPs have responded to his dismissal as “stupid” and indicative of “intolerance”, the idiocy of McFadden’s dogmatic attitude towards terrorism is a dangerous obstacle to addressing it. Hopefully, his successor, Pat Glass, will be more scrupulous in her assessments.

Overall, defence seemed high on the agenda in the reshuffle. Maria Eagle has been replaced by Emily Thornberry as Shadow Secretary of State for Defence. Eagle is an advocate for the renewal of Trident, a position that stands in opposition to Corbyn’s anti-Trident stance, and Scottish Labour party policy. A decision on the renewal of Trident is expected this year, so moving Emily Thornberry to the position, who is also opposed to Trident renewal, will provide a more unified Labour position when the issue is debated in parliament.

That Corbyn dares co-ordinate a unified cabinet is also a bone of contention in media discourse. Commentators align his attempts for cohesiveness in the cabinet as a dictatorial move by a leader who claims to be democratic. However, they neglect to use the same argument against Cameron, who would also claim a democratic bent, and has filled his cabinet with like-minded neo-liberal hawks. This double standard when holding officials to account betrays the true impetus for the criticism, Corbyn-bashing for its own sake.

In this latest reshuffle, the media were not granted the anti-Corbyn fodder they crave. The changes are few, and measured. They do, though, send a strong message: defence is a priority, and the party needs to unite around a pro-peace agenda. In a country weary from 15 years of continuous warfare, tainted by its sickening collusions with extreme regimes, and embroiled in a tragic refugee crisis, this could not be more welcome.